The Detroit legend gets a promotion.

Jeff Mills has been decorated as an Officer of France’s Order of Arts and Letters, one of the highest honors artists can receive in France. The techno great received his medal from the organization’s president Jack Lang at a private ceremony in Paris on Friday.

Doesn’t The Wizard look so delighted? 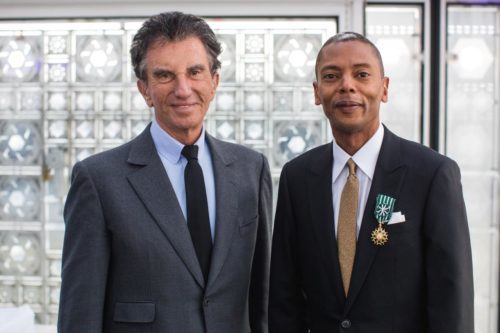 The Order of Arts and Letters honors artists whose work has enriched French culture, with previous recipients including Can’s Irmin Schmidt, Patti Smith, Pharrell Williams and Iggy Pop. Mills had already been named a Knight back in 2007, but now gets promoted to the second-highest ranking.