OK Computer marked a noticeable shift from the guitar-led anthems of The Bends towards the more experimental sound that would define Radiohead’s later music. But how did the band craft the album’s dense collage of sound? 20 years on from the release of OK Computer, Scott Wilson picks out seven pieces of gear used to make the landmark LP.

In 1996, Radiohead entered the studio to record their third album with a clear objective in mind: to distance themselves from what Phil Selway called the “soul-searching” of The Bends. “Everyone said, ‘You’ll sell 6 or 7 million if you bring out The Bends, Part 2,’ ” Ed O’Brien told Rolling Stone in 1997. “But we’re not going to do that. The one thing you don’t want to say to us is what we should do, because we’ll kick against that and do exactly the opposite.”

Thom Yorke’s lyrics broke from the introspection of The Bends with its depiction of larger themes: technological anxiety, consumerism, political apathy and globalization. On a sonic level, it was so experimental that their label Parlophone feared it wouldn’t sell. While many of their UK peers in the Britpop scene were mining the music of the ‘60s for inspiration, the instrumentation of OK Computer took a brave leap into the unknown.

Even by the standards of today’s cash-strapped music industry, OK Computer was expensive to make. Parlophone reportedly gave the band and producer Nigel Godrich £100,000 to buy gear with, which they set up in the library of a Somerset manor house owned by actress Jane Seymour. “We were like a bunch of kids. We were like, hey, we can just do what we want,” Godrich said in a 1997 interview of the recording process, which took six months and even used the acoustics of a ballroom for ‘Let Down’.

Despite costing a small fortune, much of the gear that gives OK Computer its character was relatively inexpensive, allowing them to create everything from Jonny Greenwood’s contorting guitar squeals on ‘Paranoid Android’ to the eerie choral section on ‘Exit Music (For A Film). Below is seven of the most important pieces of gear that went into the making of the record, from an Akai sampler to a vintage Roland reverb unit. 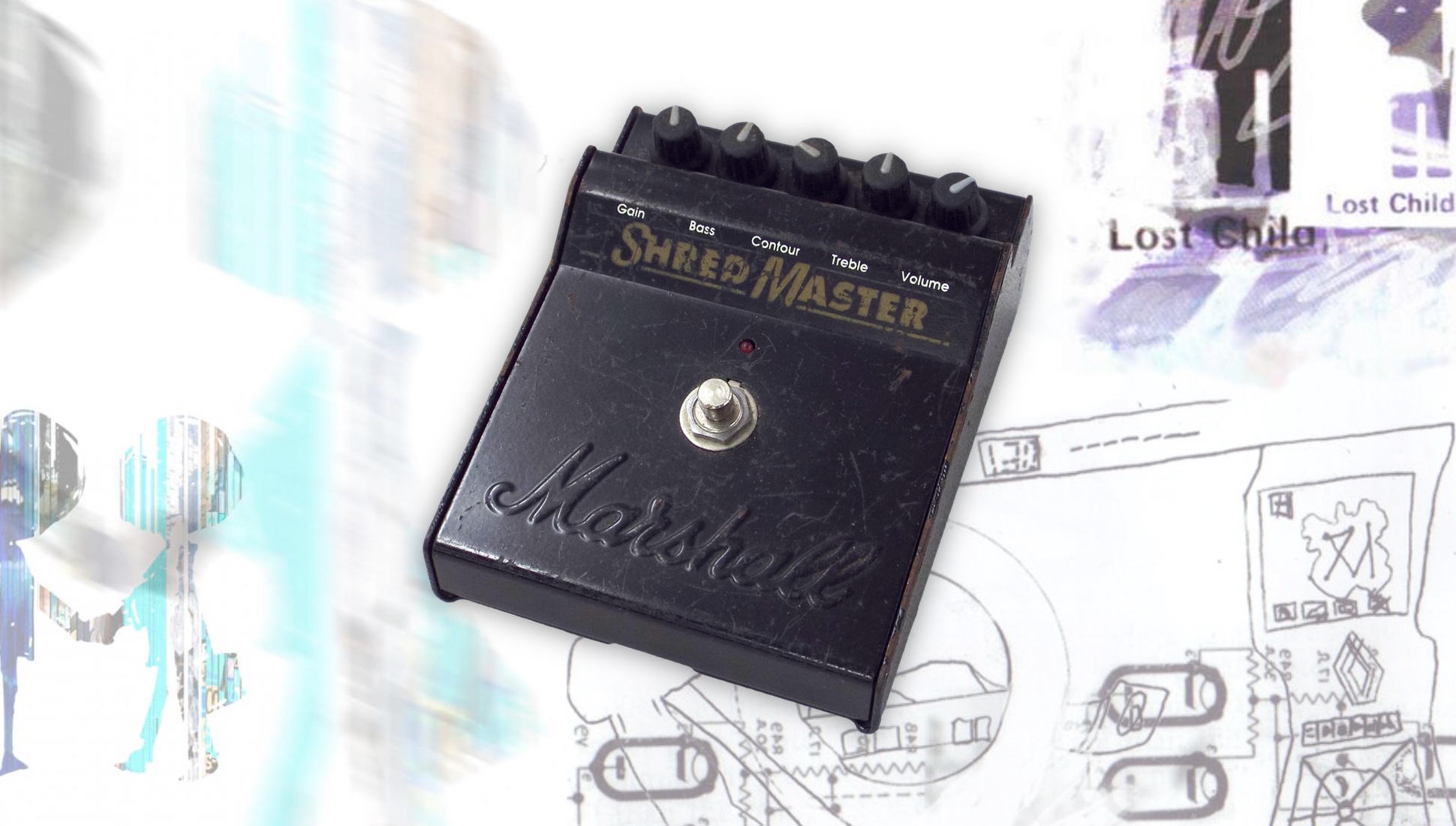 The unforgettable first guitar line of OK Computer crashes through the speakers like a speeding car. “We wanted it to be like ‘Planet Telex’ off’ The Bends, a start that’s not really anything like the rest of the album”, Colin Greenwood told Melody Maker in 1997.” Key to this moment is the monstrous distortion of Jonny Greenwood’s Fender Telecaster Plus, boosted with a vast pedal board that includes a device used on many Radiohead tracks: the Marshall ShredMaster.

Released in the early ‘90s, the ShredMaster is a simple distortion pedal that packs a serious punch. It was also used by Blur’s Alex James on ‘Song 2’ and My Bloody Valentine’s Kevin Shields to help create the shoegaze band’s massive wall of sound. Some users have criticized its lack of gain, but together with pedals like the Digitech WH1 Whammy, it has created some of Greenwood’s most memorable moments.

The ShredMaster has been discontinued for several years, but second-hand models can be picked up for as little as $100, if you can find one. There’s also a booming market in Shredmaster clones: if you’re handy with a soldering iron there’s even a DIY clone called the Shredder that will only set you back $90. 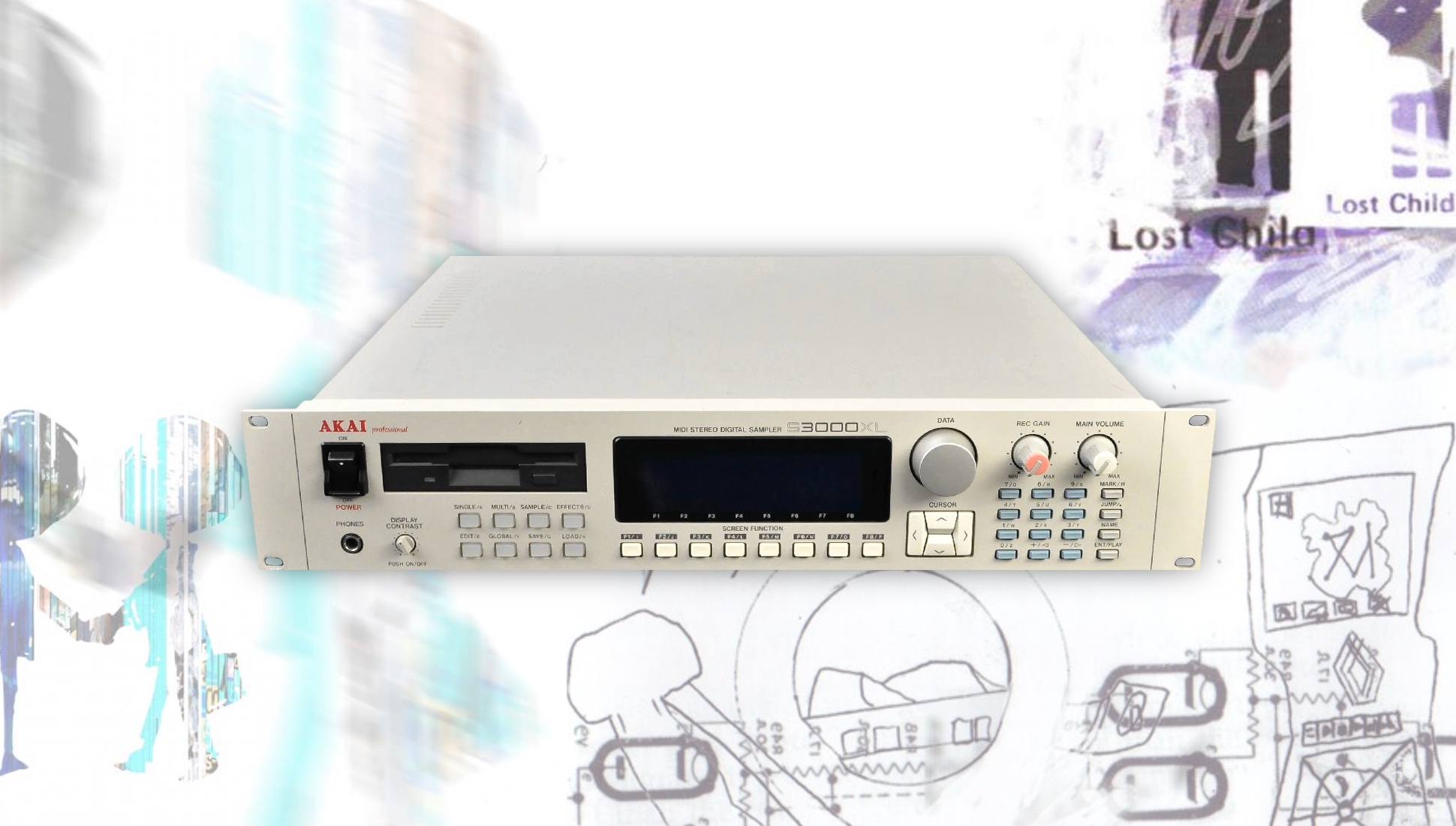 If you’ve always thought there was something scrappy about the first drum beat you hear on OK Computer, that’s because it was completely intentional. According to an interview given to Guitar Magazine in 1997, Phil Selway’s drum track for ‘Airbag’ was sampled using an Akai S3000 – a rack-mounted sampler released in 1996 – and then edited on a Mac. “It’s all a bit sort of tatty; its roughness is it’s strength,” Godrich told The Mix in 1997.

The decision to use sampling techniques actually came from the band’s love of DJ Shadow, whose debut album Endtroducing was released in September 1996 – the month Radiohead began their six-month recording stint at St. Catherine’s House. The band wouldn’t fully embrace an electronic sound until Kid A, but they took some important first steps with this simple drum loop.

Akai discontinued the S3000 over a decade ago, but anyone wanting to achieve a similar effect now can do so with Ableton Live’s Simpler instrument. If you want to make your own take on the ‘Airbag’ rhythm, there’s even a Live pack that contains the grooves from every Radiohead song. 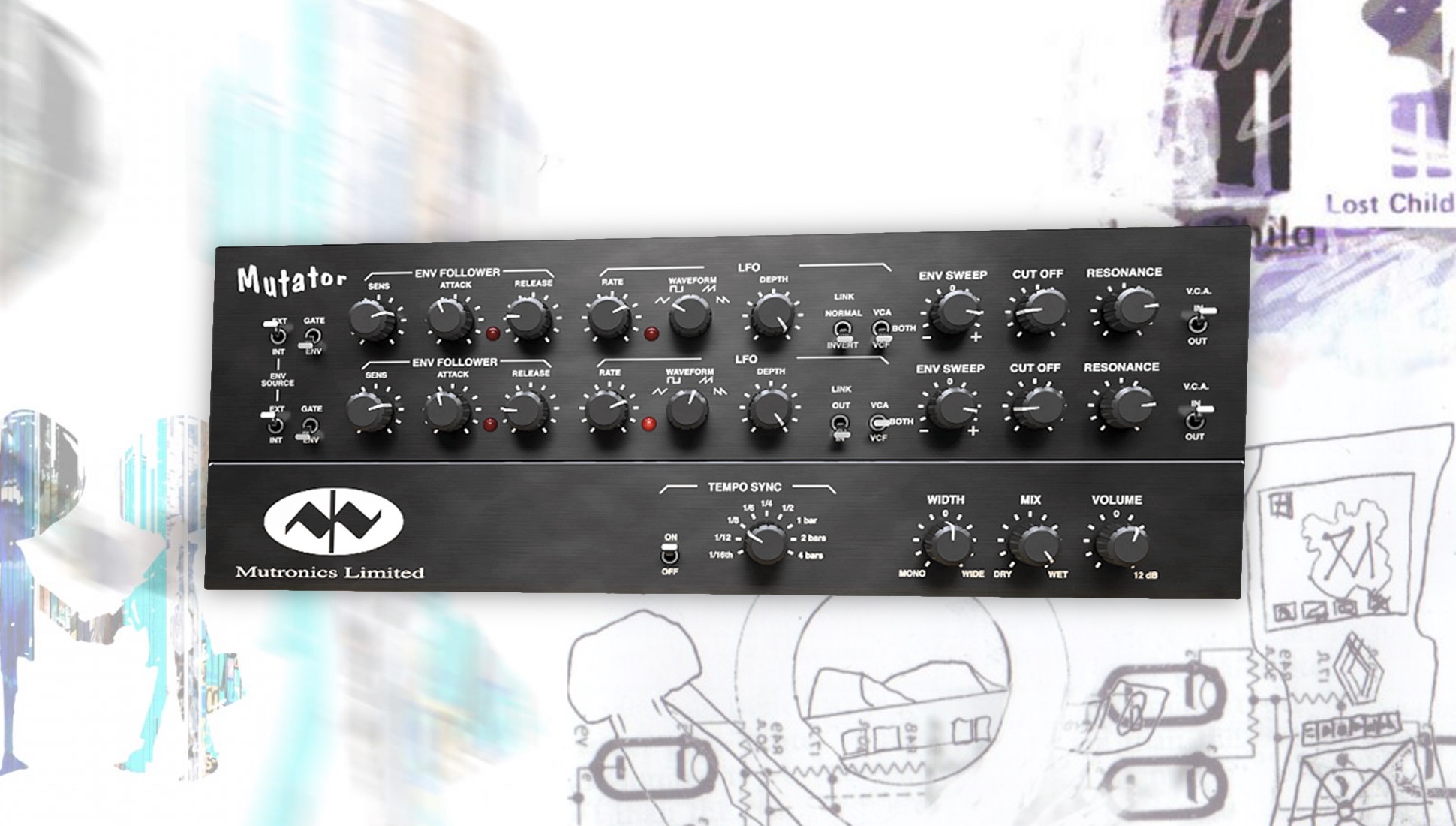 Jonny Greenwood’s solo at the end of ‘Paranoid Android’ is one of the greatest guitar moments of all time. It was also created with a fair amount of studio trickery. According to Radiohead gear site The King of Gear, Greenwood recorded the solos then put the audio through a Mutronics Mutator, a rack effect released in the early ‘90s that was also used by Daft Punk, Beck and Andrew Weatherall.

You don’t hear much about the Mutator now, but it’s the kind of thing that would sell like hotcakes in today’s gear-obsessed market. Inside is stereo analog filter and envelope follower, technology with its roots in ‘60s synthesizers. It could create wild synth-like filter sweeps from any incoming audio, which allowed Greenwood to make his solos sound as if they were writhing like the song’s “kicking squealing Gucci little piggy”.

The Mutator is a little expensive to get hold of on the second-hand market (around $1,500 on eBay), but it lives on as a software plug-in from Softube that you can pick up for just $129. 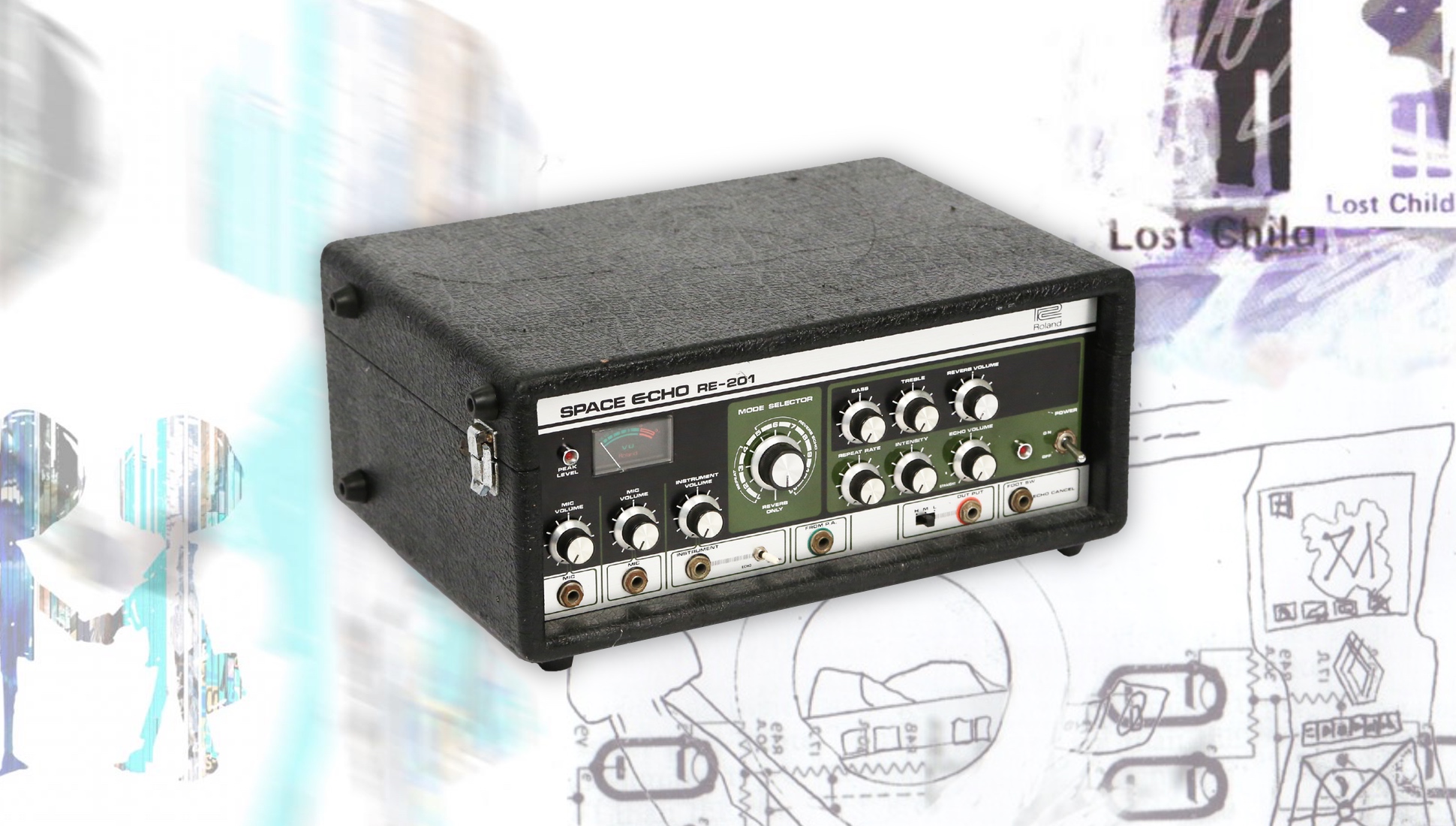 As Thom Yorke sings about extraterrestrials making home movies on ‘Subterranean Homesick Alien’, his vocals are bathed in celestial guitar tones that ripple across the stereo field. While the delayed notes and chords are the cumulative effect of the whole band, Greenwood at least was using a Space Echo, Roland’s legendary tape delay unit from 1974. A core part of his rig at the time along with Boss RV-3 reverb pedal, he would even tour with it – despite the unit being notoriously unpredictable.

There’s no particular magic to his use of the Space Echo: it just makes delay effects that sound exceptionally good, mainly because there’s a real tape doing the work rather than a digital chip.

A good working Space Echo will cost at least $800 on the second-hand market, but Roland’s RE-20 recreation can be bought for just $250. It’s no substitute for the real thing, but it’s good enough for Greenwood, who replaced his vintage model for the new version for touring purposes years ago. 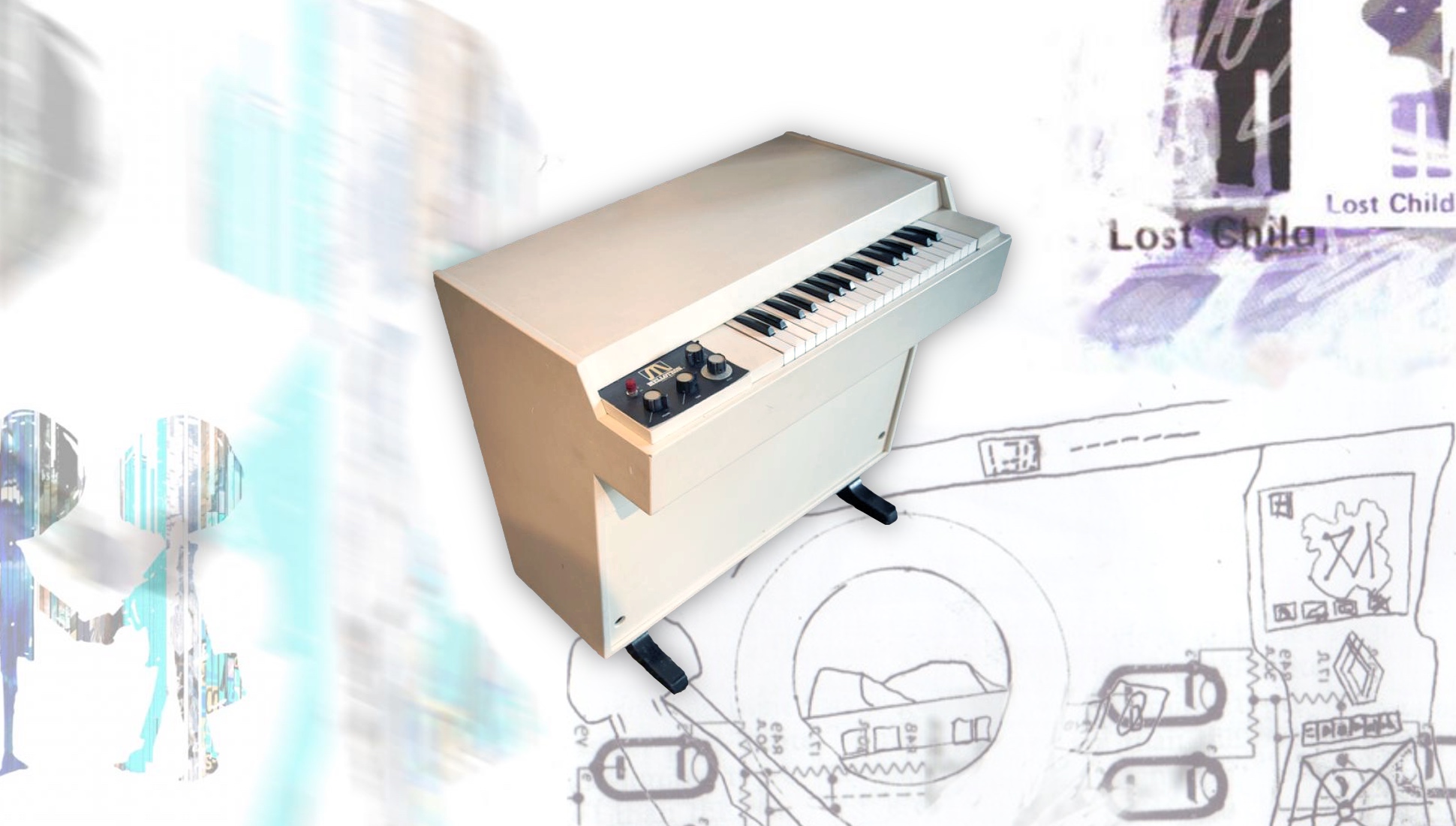 ‘Exit Music (For a Film)’ has been used on TV shows so frequently in the past few years that The Ringer described it last year as “the new ‘Hallelujah’”. Westworld, Person of Interest and Black Mirror have all featured the track, which was originally written for the end credits of Baz Lurhrmann’s Romeo + Juliet. It has all the bombast you’d expect from a Radiohead track written for a movie except for one key part: the eerie synthetic choir at the half-way point.

This wasn’t created with a synthesizer, but Jonny Greenwood’s Mellotron, a keyboard instrument invented in the 1960s that was actually a very early sampler. Instead of using oscillators, its sounds were all recorded on audio tape loops, which the keyboard would then play. If you wanted a different sound, the loops could be replaced. By the time OK Computer was recorded, the Mellotron was obsolete, but its quaint, vintage sound is a powerful contrast to the album’s dystopian themes.

It’s possible to buy a digital remake of the Mellotron S400 today, but $2,000 is a lot to pay for something that’ll most likely be a studio novelty. However, it’s easy to get inexpensive software versions of the instrument: the Redtron 400 is free. 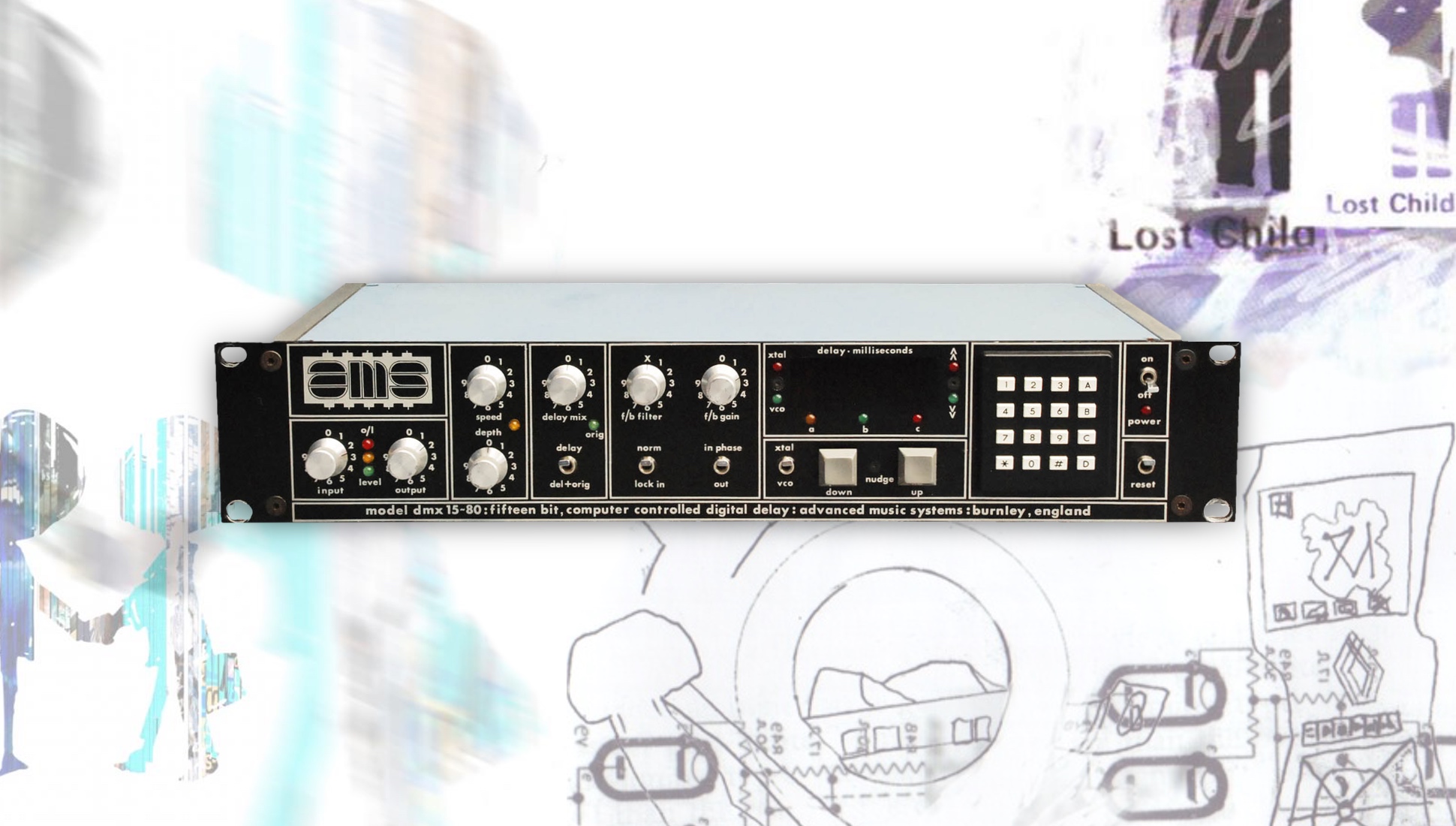 ‘Karma Police’ ends on a strange whirring noise that sounds like an intentional callback to the line: “He buzzes like a fridge / He’s like a detuned radio”. It wasn’t sampled from Thom Yorke’s dying refrigerator, but was instead the sound of O’Brien’s AMS digital delay unit feeding back in on itself. O’Brien played the notes, but by turning up the delay’s regeneration and slowly turning the delay speed down he was able to get it to play itself.

“We said, ‘Put down the headphones and just go,’ and so he made weird noises, and we taped that a few times,” Yorke told Guitar World in 1997. “Sometimes the best stuff happens when you’re not even listening at all. Once we get to a studio, we either do it together live at the same time, so we can hear what we’re doing, or we do the exact opposite, so we don’t know what’s going on at all. A lot of the time you have to either make it really random or really calculated. There’s no middle ground.”

The AMS DMX 15-80S was released in the ‘80s and is difficult to find and prohibitively expensive, with units going for as much as $2,000 on eBay. There’s also no official emulation: the closest you’ll get to an AMS unit in software is UA’s AMS RX16 digital reverb. 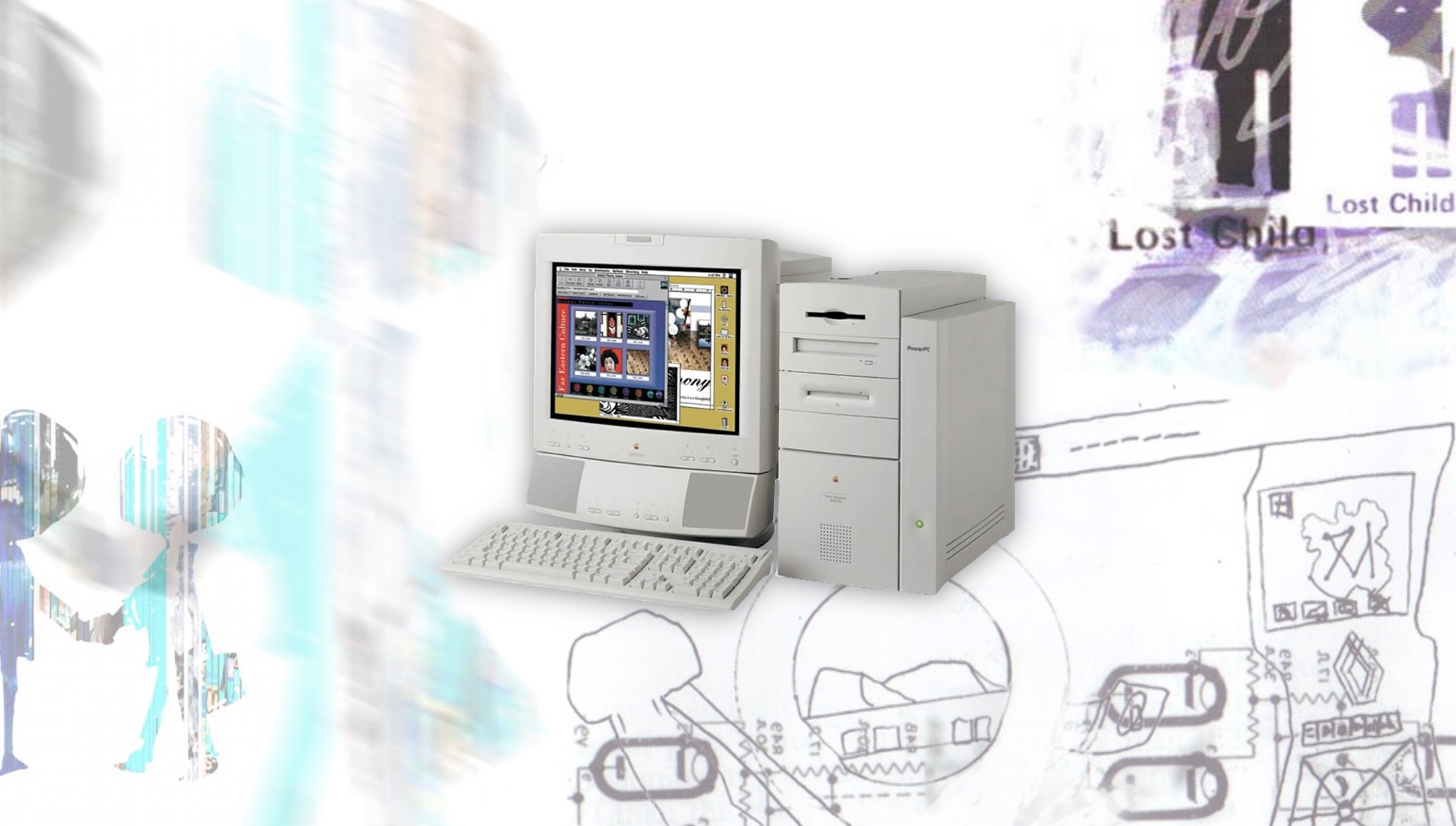 Not many Radiohead fans would name ‘Fitter Happier’ as their OK Computer highlight, but the spoken word interlude is at least memorable for its creepy synthesised computer voice. The way Yorke told it (to Select in 1997), the lyrics began as a story posted on an internet message board at 4am. “The others were downstairs, ‘rockin”, and I crept upstairs and did this in 10 minutes,” Yorke said. “I was feeling incredible hysteria and panic, and it was so liberating to give the lyrics to this neutral-sounding computer.”

The computer in question was the band’s Macintosh, and the program Yorke typed the lyrics into was SimpleText, Apple’s native text editor for the original Mac OS that also had an early text to speech. Speaking to Melody Maker in 1997, Colin Greenwood tells the story slightly differently: “Thom didn’t want to have to say it, so we were messing around with a computer voicebox. We really liked the way the emotion still comes across, so we kept it.”

SimpleText hasn’t existed since Apple moved to OSX, but you can do the same thing with TextEdit, the program that replaced it. If you modify your Mac’s Accessibility settings in System Preferences you can even find “Fred” – the same voice used on ‘Fitter Happier’.