Powell‘s Diagonal label will host its first London party in over two years next month, with Yally making their live debut in the capital.

Yally – the jungle, garage and grime-inspired dancefloor alias of Blackest Ever Black duo Raime, who released the Dread Risk/No U-Eff-O 12″ on Diagonal in March – will headline the event at London’s Elektrowerkz venue on June 15.

Diagonal founder Powell will also play a DJ set on the night. The artist, who last year released his debut album on XL Recordings, is set to release a new mini-LP called New Beta Vol. 1 on June 9.

Tickets for the event can be purchased in advance here. Listen to Yally’s ‘Dread Risk’ below. 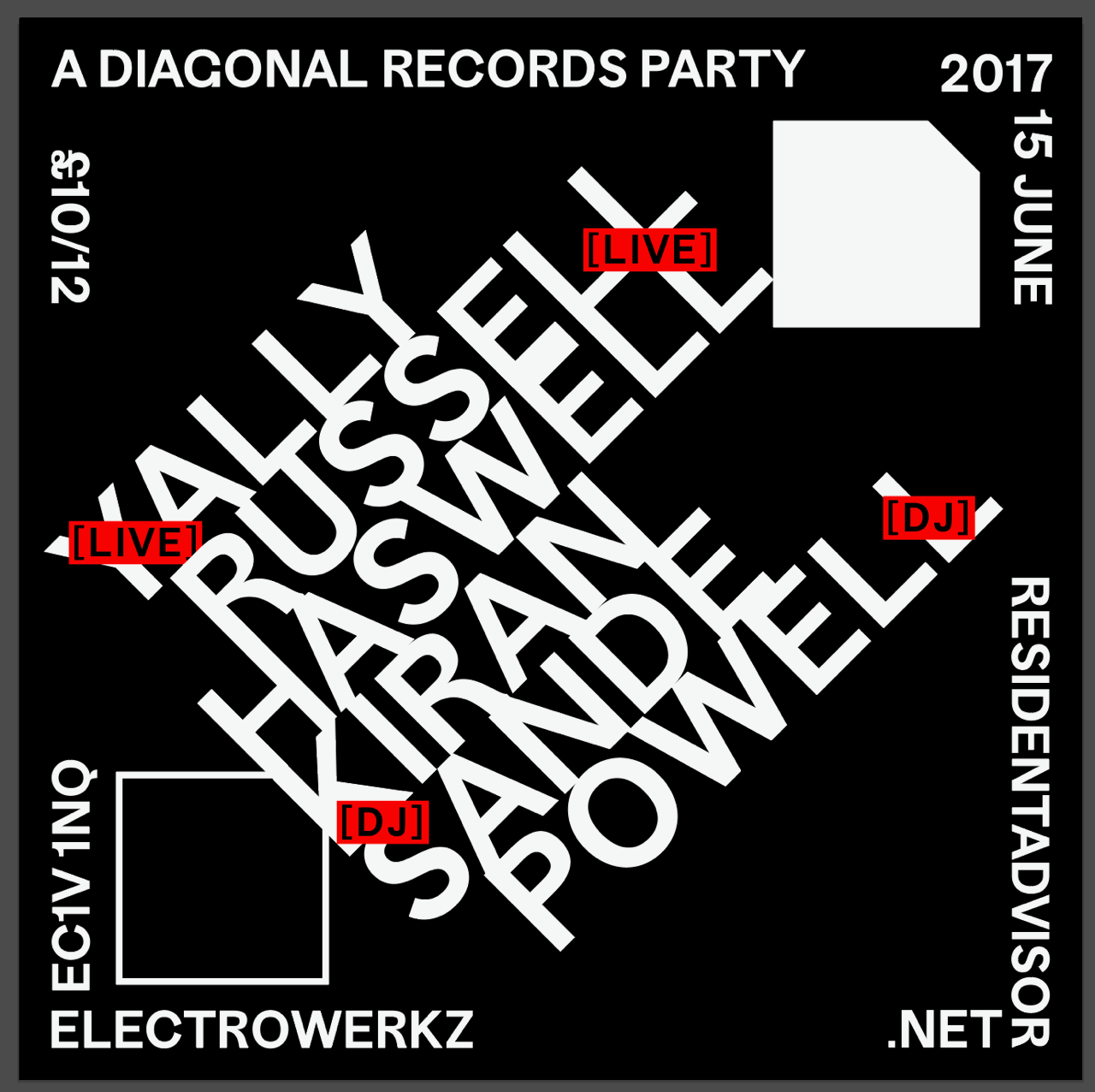