Daphni – the club-ready guise of Dan Snaith, aka Caribou – will take the reins for the latest instalment of the Fabriclive mix series, to be released on July 21. Fabriclive 93 will be composed entirely of new Daphni music – 23 new tracks and four new edits in total.

In a press release, Snaith says that the idea to create a mix entirely from his own unreleased material was inspired by previous artists who have taken this approach, such as Omar-S, Shackleton and the DJ he personally associates most with the Fabric club, Ricardo Villalobos.

Snaith says that the process of making Fabriclive 93 was very intuitive: “A lot of these tracks were recorded in situ in the mix itself – I’d put one track in place and instead of searching through existing music to find the track to follow it, I’d just make an entirely new one.”

The end result, he says, is a step away from the homogeneity and control of a traditional DJ mix: “The tracks on here pull from very diverse ends of the spectrum of music that I like/make. In the end, I just sort of charged ahead following my nose as to where the mix should head next.” 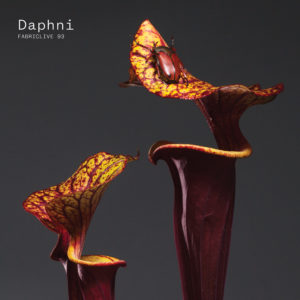 Fabriclive 93 will be Snaith’s first release since his 2014 album Our Love (as Caribou), and his second full-length release as Daphni following 2012’s Jiaolong.

Stream the percussive opener ‘Face To Face’ and check the tracklist below.