UK producer and Radar Radio resident Sim Hutchins will be the next artist to release a record on Lee Gamble’s UIQ label.

Released on June 22, Vantablank Stare is an A/V project that presents a critical response to rolling 24-hour news coverage and what Hutchins says is “the daily bombardment of news items on corruption and our societal inclination.”

Hutchins is best known for his 2015 album I Enjoy To Sweep A Room, whose dark collage of electronic textures landed on London’s No Pain In Pop label. His new four-track EP is a heady mix of ambient-meets-club music, similar to the type Gamble himself has explored across records for PAN and UIQ.

It’s the latest in a long line of adventurous records from Gamble’s inquisitive UIQ label, which has released EPs from Cairo club producer Zuli, generative musician Renick Bell and Latvian artist N1L since it was founded in 2015.

Watch the video for Hutchins’ project at the UIQ website and buy the record from Bandcamp when it arrives on June 22. 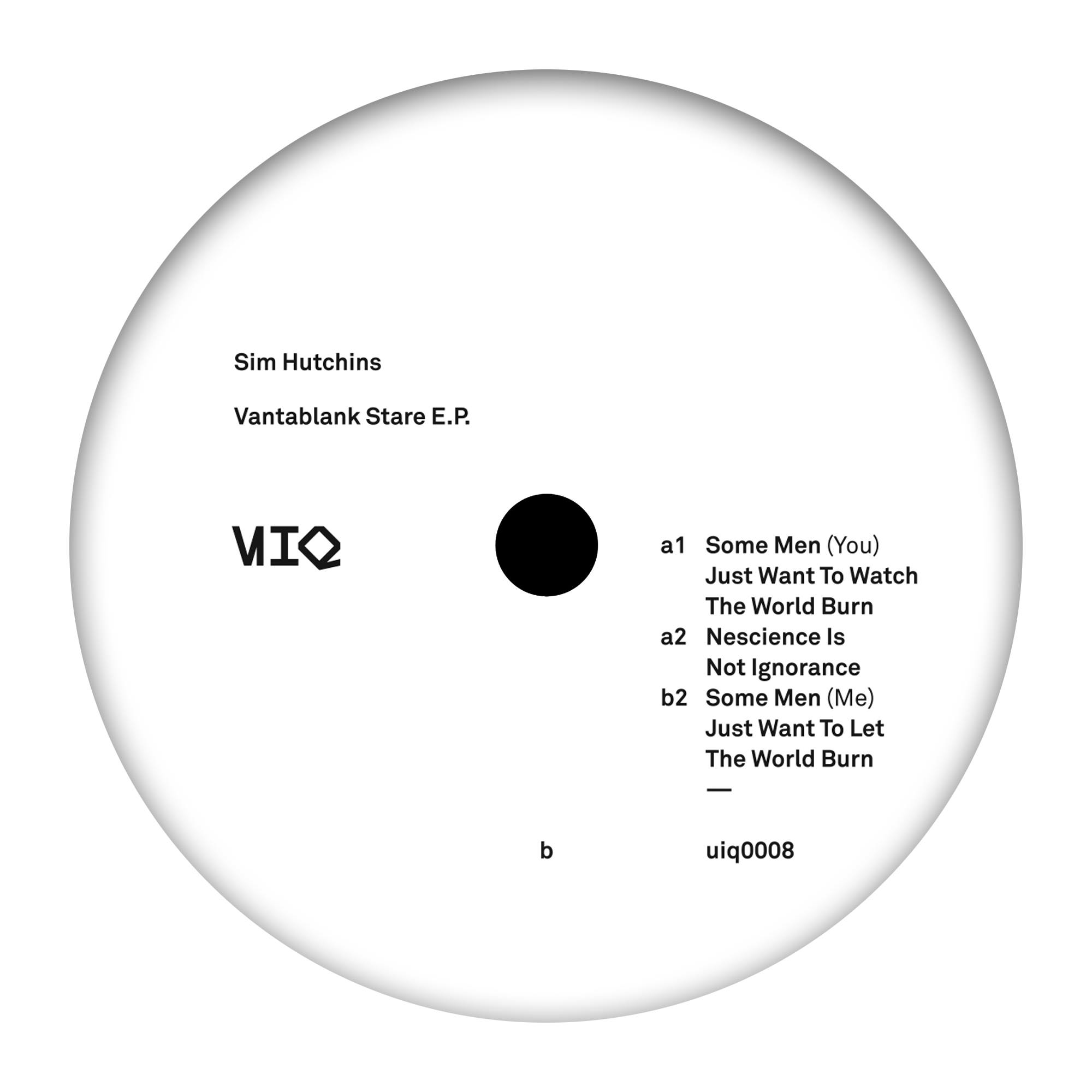