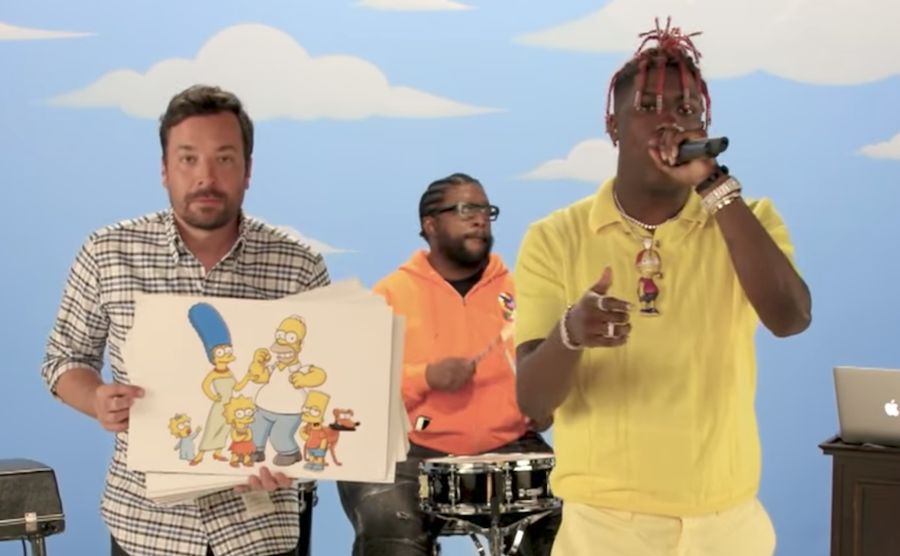 Lil Yachty made a surprise appearance on The Tonight Show With Jimmy Fallon last night with a performance that should delight fans of The Simpsons.

Yachty was joined by members of The Roots for a performance where he works 59 Simpsons characters into a rap while Fallon keeps track of each name with cue cards.

It’s hard to complain with so many references thrown in, but we still wish Hank Scorpio made an appearance!