Kraftwerk are true pioneers of electronic music, laying down the blueprint for synth-pop, techno and electro. The German band are also technological innovators, often crafting their own custom instruments to realize their vision. Scott Wilson picks seven of their most pioneering uses of technology.

Kraftwerk’s 1974 album Autobahn is widely regarded as one of the most important albums of all time. If you see the German band performing the title track at one of its now-legendary 3D concerts, it’s clear just why: amplified on a huge soundsystem, Kraftwerk’s ode to driving along the German highway is still as powerful and as fresh as any of the techno, electro, synth-pop and other electronic music that it inspired.

Founded by Ralf Hütter and Florian Schneider in 1969, Kraftwerk have gone through many personnel changes over nearly 50 years in existence, but the band has always been committed to using the latest innovations to push both their own music and music technology as a whole as far as they can. The band (especially Hütter, who is the only remaining original member) are said to use their Kling Klang Studio – reportedly cut off from the outside world with no phone or means of outside communication – as more of a laboratory than a performance space.

However, Kraftwerk didn’t just buy the synthesizers and gear used on their five most important albums and live shows off the shelf – they built and commissioned some of it themselves too. From DIY drum pads to robot vocals, these items prove that Kraftwerk are musical and technological innovators beyond compare. 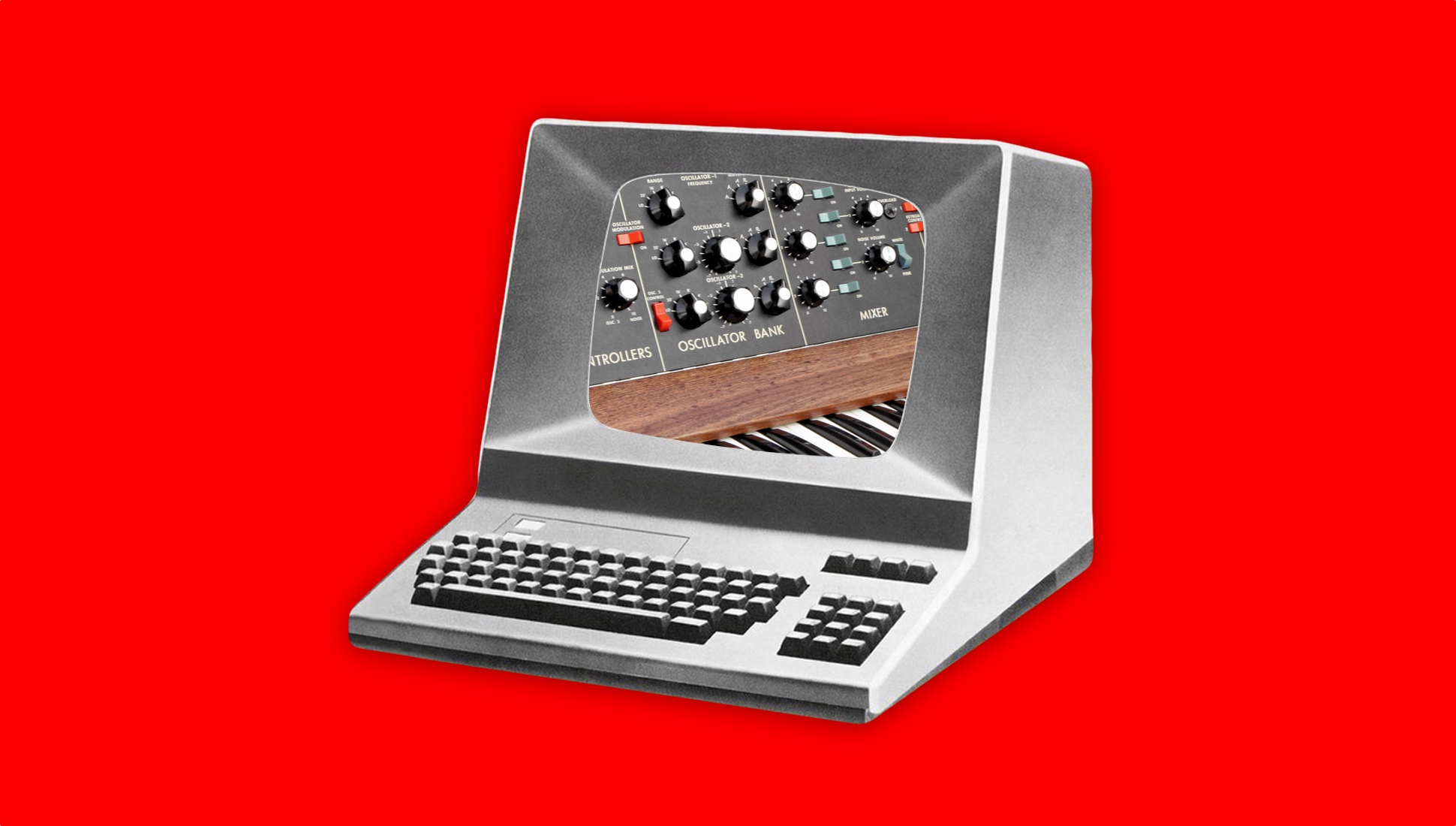 Moog’s iconic Minimoog synth wasn’t particularly new or innovative by the time Kraftwerk’s fourth album Autobahn arrived in 1974, but the way it was used sent ripples throughout the music world that have been felt ever since. The title track’s pulsating bassline pre-dated Donna Summer’s ‘I Feel Love’ by three years, and laid the blueprint for most of the synth-pop, techno and electro of the 1980s.

Techno originator Juan Atkins was inspired to make music by Kraftwerk, who were regularly played by Detroit radio host The Electrifying Mojo in the late ‘70s. “Mojo used to play ‘Trans-Europe Express’ and ‘We Are The Robots’ pretty regularly, but the first time I heard ‘Robots’ I just froze,” Atkins told EB in 2012. “My jaw dropped. It just sounded so new and fresh. I mean, I had already been doing electronic music at the time, but the results weren’t so pristine — the sound of computers talking to each other.”

Today, Kraftwerk appear to have abandoned analog gear in favor of digital technology. In 2015, a video revealed their current live setup, which is heavy on software, MIDI controllers and tablets for controlling digital synths. However, the synth’s unmistakable sound is still important to the band: at least one of the members uses Creamware’s Minimax ASB, a digital hardware clone of the original Minimoog. 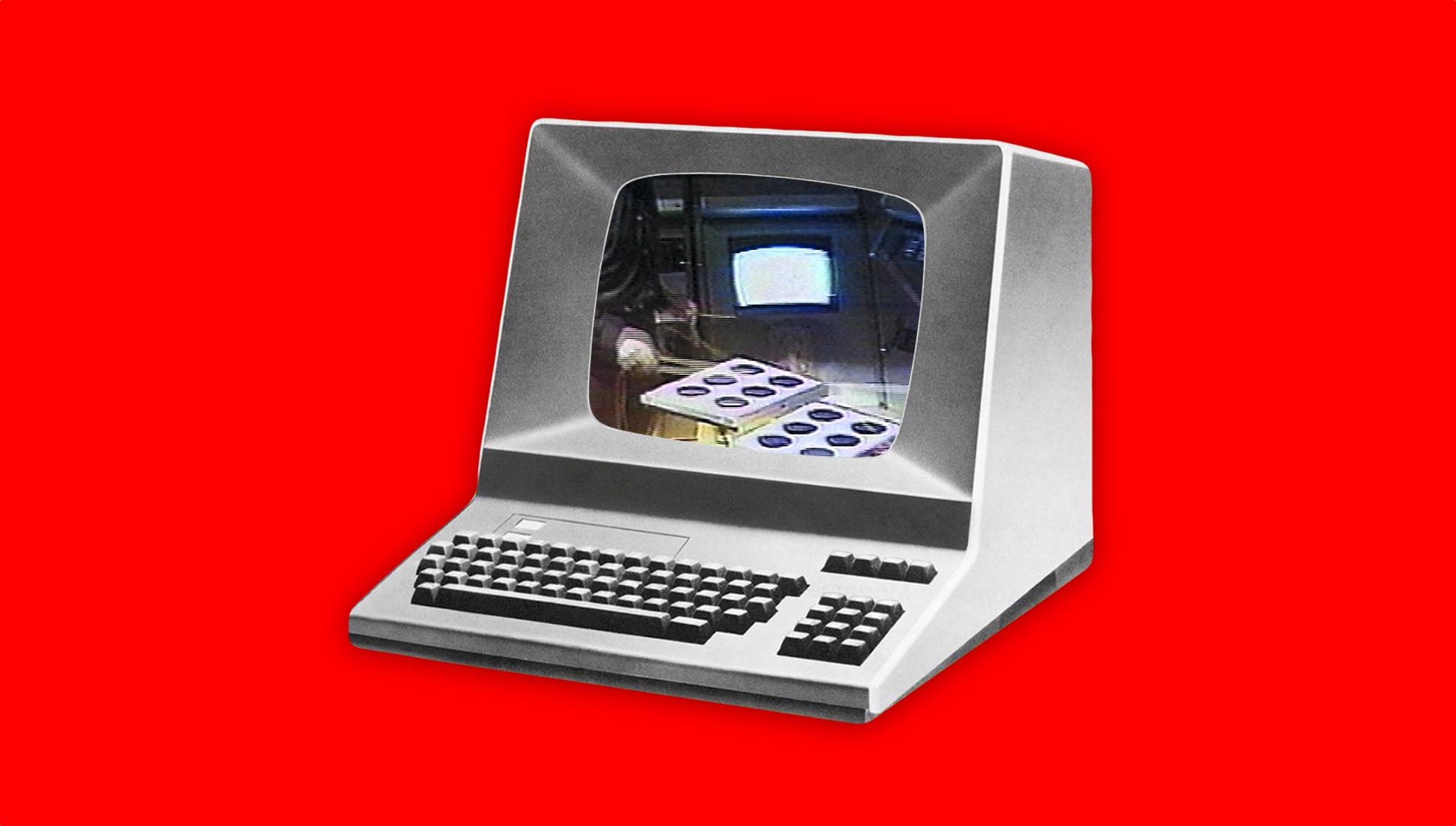 Kraftwerk were known to use drum machines in the early 70s, but by the middle of the decade they were looking for new ways to create electronic rhythms. In 1975, they appeared on BBC science and technology show Tomorrow’s World with a set of custom-made drums played by Wolfgang Flür, consisting of six metal pads triggered on contact with metal drum sticks.

The drums themselves didn’t make sound, but were believed to have been triggering a modified Maestro Rhythm King, a ‘60s drum machine that was typically used to play pre-programmed rhythms. According to a 1981 interview with Hutter, the pads weren’t touch sensitive, so dynamics, as well as tone and pitch, would be trigged by foot pedals.

This unusual machine wasn’t Kraftwerk’s only attemt to build a custom device for playing rhythms. Wolfgang Flür used a laser drum cage on their 1976 tour, which he stood inside and triggered rhythms by breaking lasers with his hands. However, the device was abandoned because it was so unreliable. According to Flür, after it failed at a show in Liverpool, reviewers wondered if Flür was flaming his arms around because he was “directing the traffic”.

Nowadays, Kraftwerk are more likely to use software drum machines. Native Instruments’ popular Maschine controller was spotted in one of the plinths on their 2015 tour. 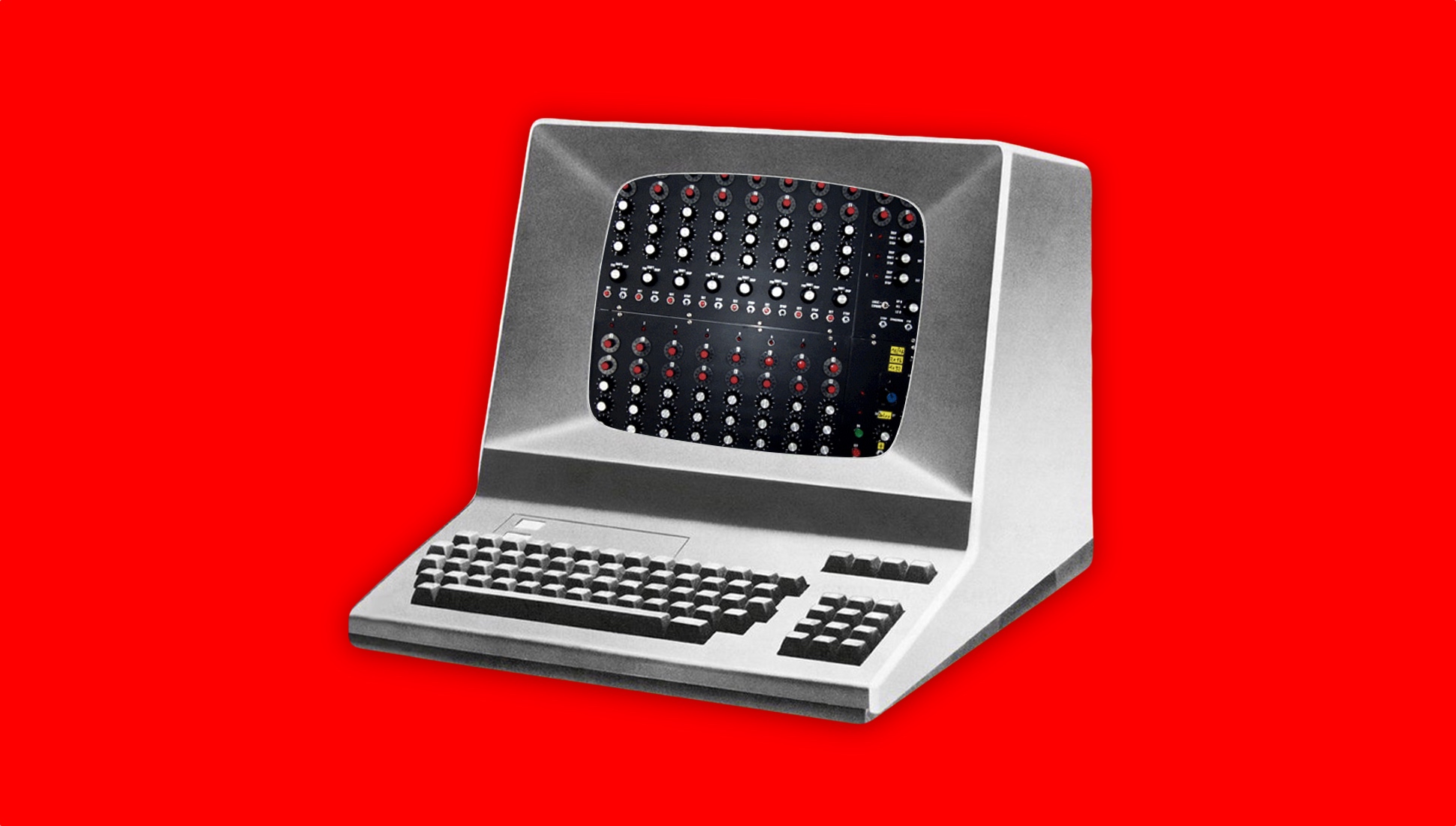 If producers today want to write a track, they’ll typically use software like Ableton Live or Logic to sequence the drums, notes and chords. Not only did Kraftwerk lack this modern luxury, but most of their albums were made long before the days of MIDI. Instead, they had to either play everything by hand or use analog sequencers that use patch cables to transmit control voltage (CV) signals.

In 1976, Hütter and Schneider approached Bonn-based synth studio Matten & Wiechers to build a custom 16-step sequencer that they could use to automate some of their loops. The Synthanorma Sequenzer was first used on Trans Europe Express, but it’s on 1978’s The Man-Machine where its effect on Kraftwerk’s music is most apparent, using clipped, high resonant frequencies to boost the rhythm of the drums.

In 1993, Kraftwerk collaborated with Dieter Doepfer (best known as the inventor of the Eurorack modular synth standard) to create their own hybrid MIDI and analog sequencer, the MAQ 16/3. It was discontinued by Doepfer several years ago, but the company still makes the smaller Dark Time sequencer. 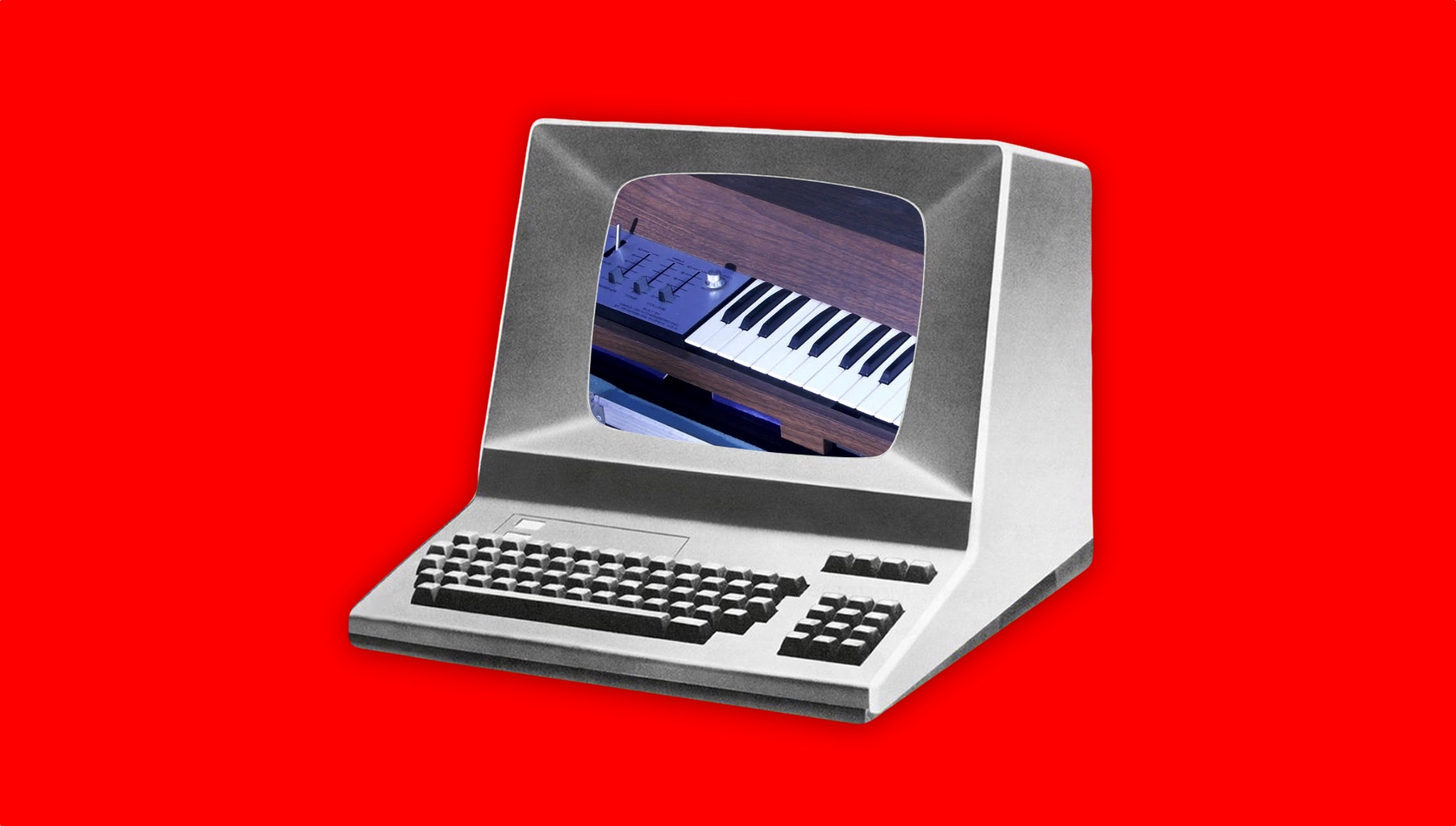 One of the most haunting sounds on Kraftwerk’s 1975 album Radio-Activity is a synthetic choir that hangs eerily in the background. At the time, most artists would have used a Mellotron to create a similar sound, but Kraftwerk actually used a little-known keyboard instrument called the Orchestron.

Prior to the invention of digital synths that were better able to recreate realistic sounds, devices like the Mellotron and Orchestron used sampled recordings to replicate basic audio. Unlike the Mellotron though, which stored sound samples on tape and replayed them at different pitches depending on the key being pressed, the Orchestron stored its light-scanned graphic waveforms on an early form of optical disc.

The Orchestron was actually a professional version of the Optigan, a instrument made by US toy giant Mattel. Kraftwerk bought one of the first versions, which only came with eight sounds: the choir, violin, Hammond B3 organ, flute, cello, saxophone, pipe organ and French horn. It made its way onto 1977’s Trans Europe Express and 1978’s The Man-Machine. 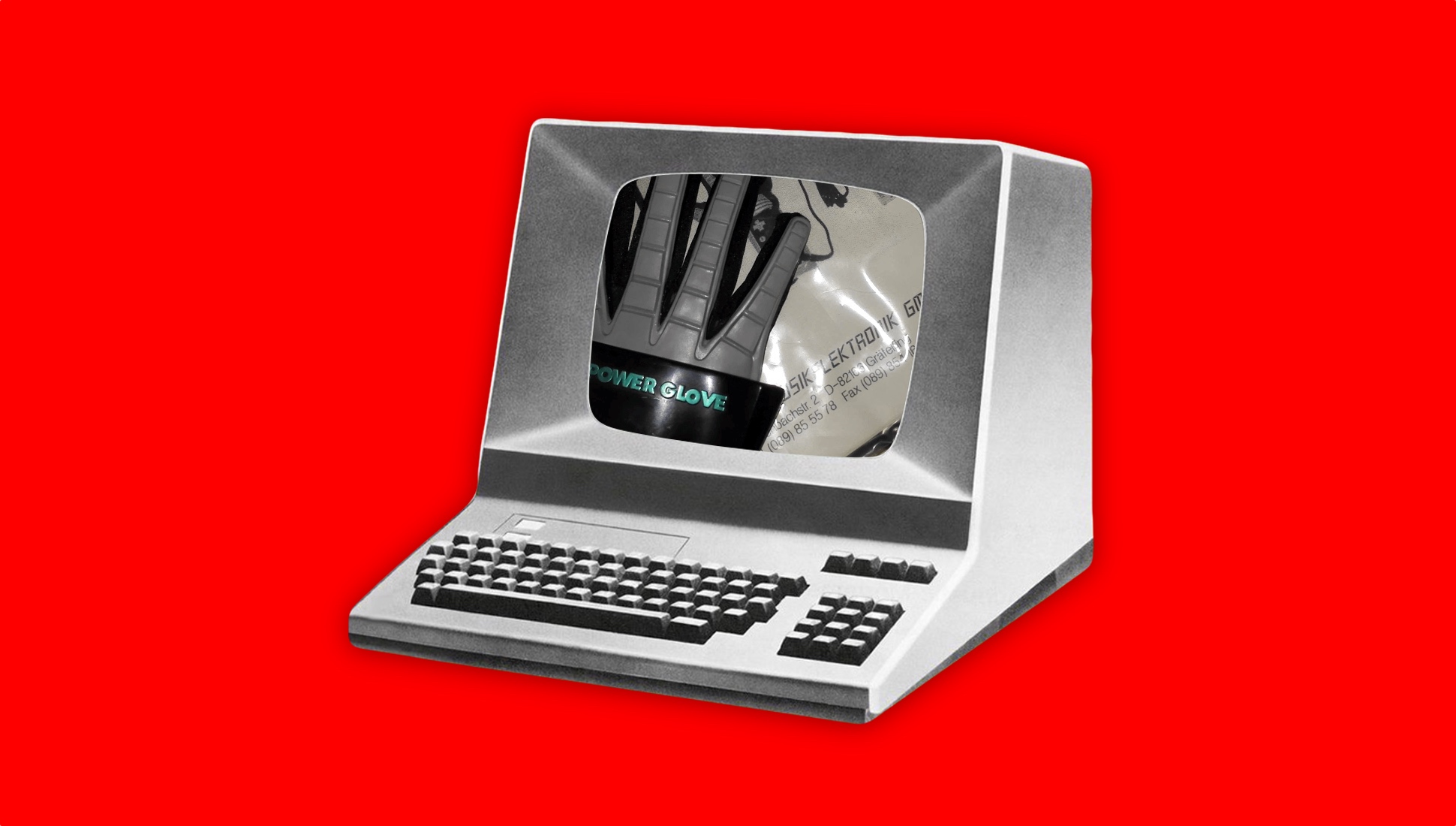 Kraftwerk have always had a close relationship with German synth pioneer Dieter Doepfer. Doepfer is responsible for many unique devices, including the MOGLI, a device that was made so Kraftwerk could perform with an early form of gesture control on stage in 1993.

Hacking gaming devices such as the Microsoft Kinect and Nintendo’s Wii controllers to turn them into gesture-based music controllers is common today, but Doepfer was able to do the same with an ever more archaic peripheral: the Nintendo Power Glove. This controller was a critical and commercial flop (and really bad for playing games), but Doepfer was able to turn it into an instrument by building the MOGLI (MIDI Output Glove Interface), a device that turned the glove’s signals into MIDI data.

Kraftwerk supposedly used the MOGLI during a concert at the Brucknerhaus in Austria for the ARS Electronica Festival for Art, Technology and Society in 1993, where they used it to perform ‘Pocket Calculator’ and ‘Musique Non Stop’. The MOGLI was available to the public, but in very limited quantities – only 350 were made. 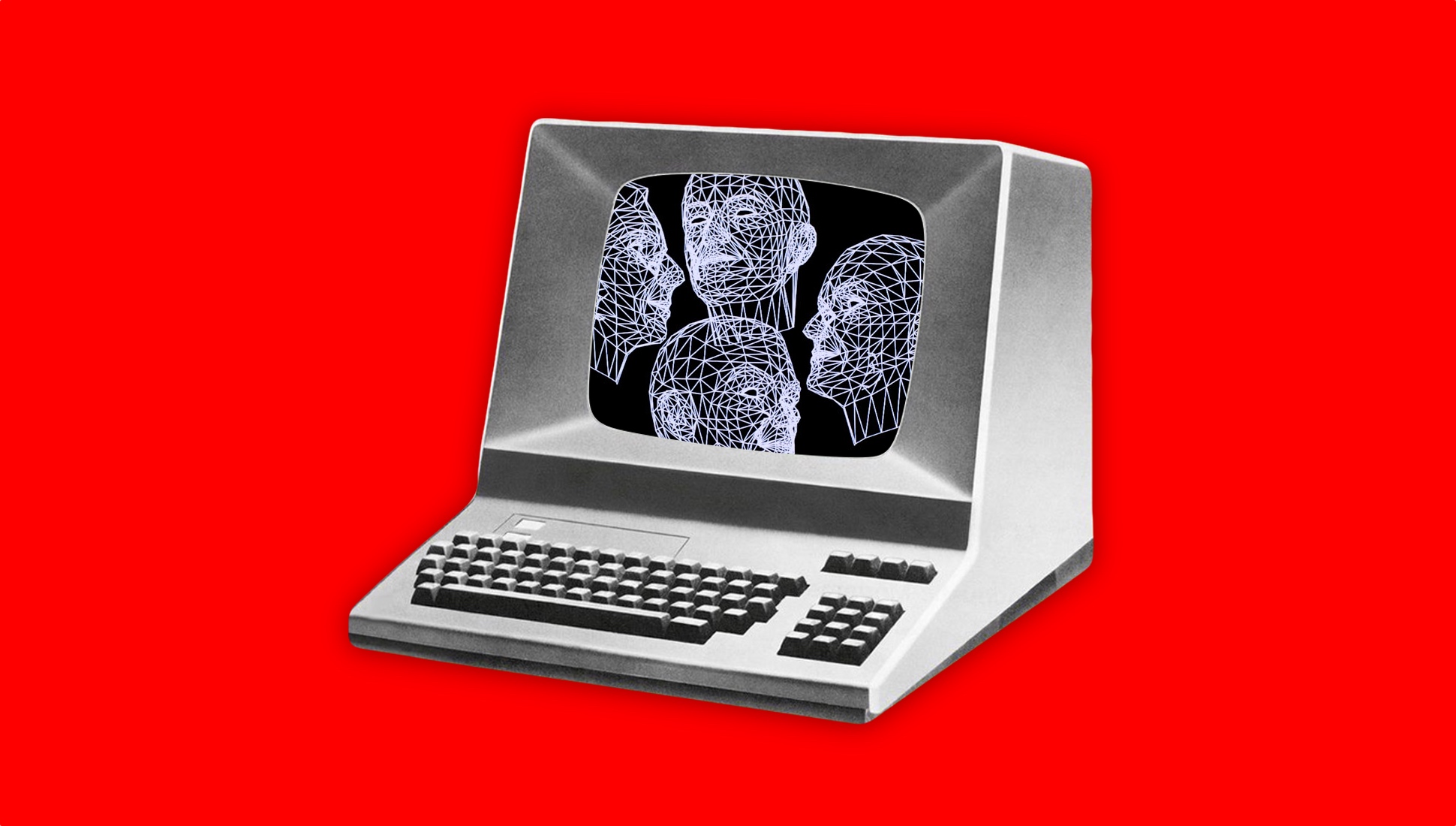 Kraftwerk’s synth-driven sound has been imitated by thousands of artists over the past five decades, but there’s one thing people haven’t been so easily able to replicate: the group’s robotic voice effects. Lots of tools have been used to create these electronic voices, including Roland, Sennheiser and EMS vocoders, a Synclavier synthesizer and a Texas Instruments Language Translator, but the Robovox is Kraftwerk’s most mysterious piece of technology. Trying to find out what it looks like brings up dead ends and dead links.

What we do know is that in 1990, Florian Schneider patented a “system for and method of synthesizing singing in real time”, which was dubbed the Robovox. It’s believed that it was first recorded use was on the version of ‘The Robots’ heard on The Mix, an album of reworks from 1991, and reportedly features a speech sound chip controlled by both a MIDI and a phonetic keyboard. The MIDI keyboard itself controls length and note pitch, while the other triggers phonemes – the sounds or groups of sounds that form words. 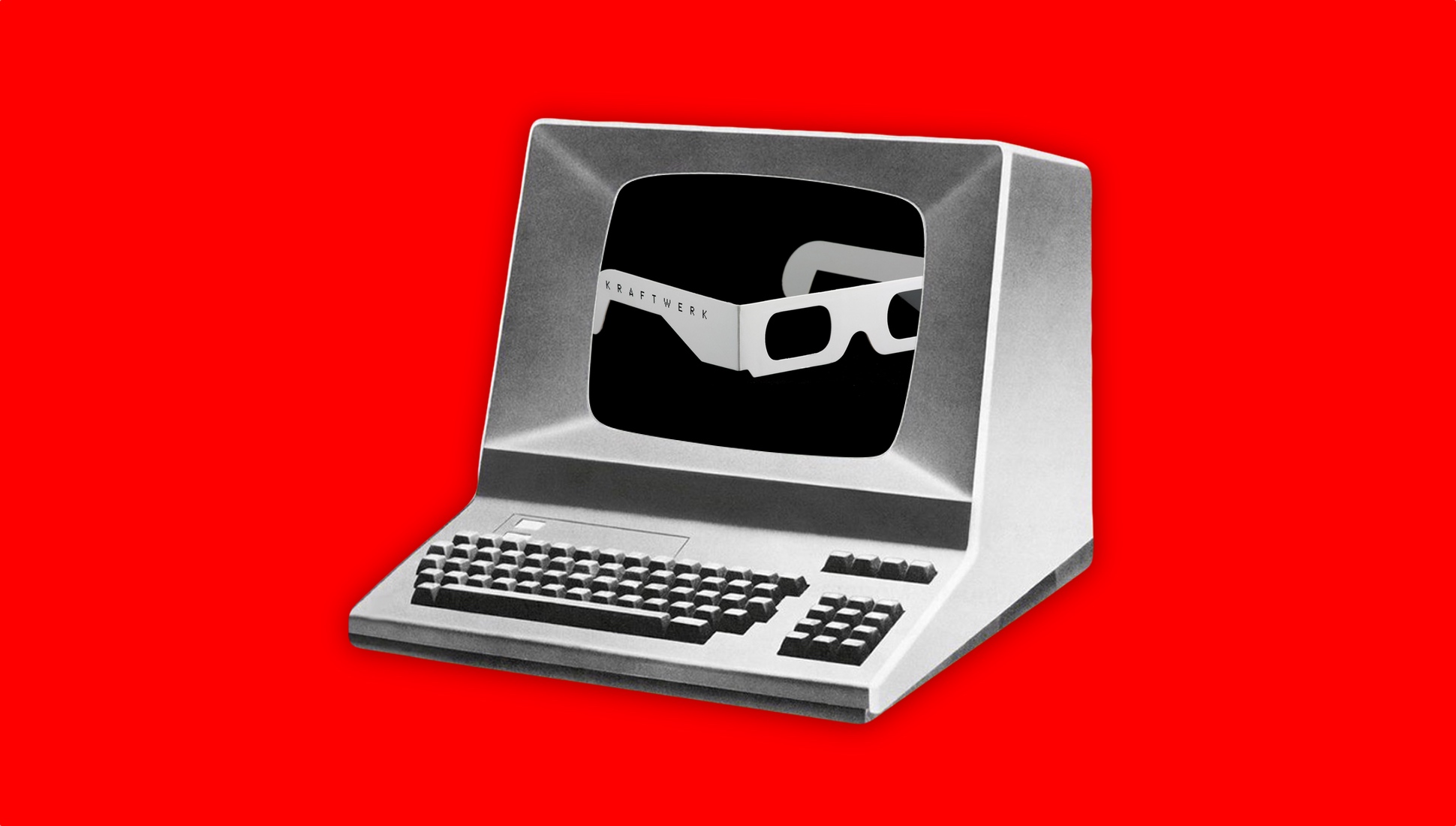 Four men standing behind lecterns probably doesn’t seem like it would make for the most exciting or dynamic live performance, but since 2009, Kraftwerk have been adding an extra dimension to their concerts with the use of 3D. Each member of the audience is given a pair of 3D glasses with which to view the projections behind the band, which range from a first-person perspective of driving down an autobahn to more abstract, Bauhaus-style imagery during ‘The Man-Machine’.

It’s possible to watch plenty of concerts in 3D from the comfort of your home, but Kraftwerk’s use of the technology in a live setting is still quite unique, and it gets around the fact that their performance is otherwise very static. Kraftwerk now consists of only one original member: Ralf Hütter. But the showmanship of their 3D concerts proves that Kraftwerk isn’t about one individual – it’s about the robots.