Fans will be able to mourn together tomorrow afternoon.

New York City’s Frank E. Campbell Funeral Chapel will host a public visitation in memory of Mobb Deep’s Prodigy on Thursday, June 29, from 2-5pm. Prodigy died on June 20 while in a Las Vegas hospital where he was seeking treatment for his sickle cell anemia. He was 42.

Frank E. Campbell Funeral Chapel has been the mourning place for many beloved members of the hip-hop community, including The Notorious B.I.G. and Heavy D, as well as legendary singer Aaliyah. More information about Prodigy’s viewing is below. 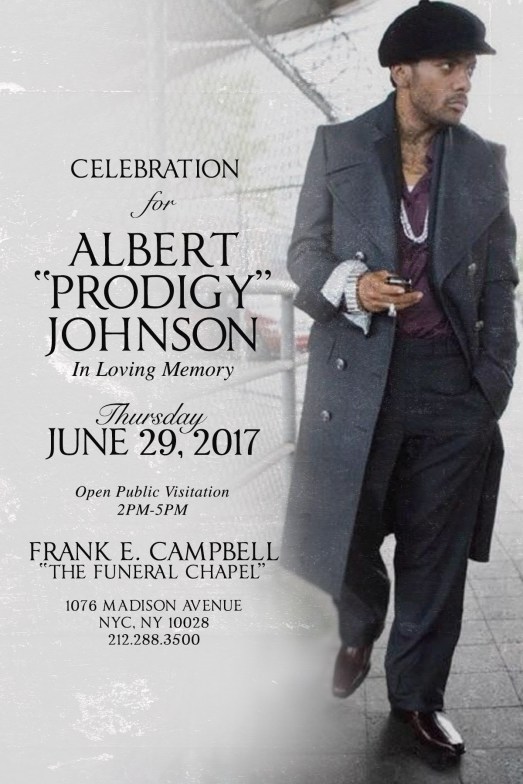 Read next: 13 underrated Prodigy tracks that showcase his raw power