Taking place this year in Atlanta.

The participants for this year’s Red Bull Culture Clash have been announced and it’s perfect for its ATL setting. Mike Will and EarDrummers will compete against Brampton beats prodigy Wondagurl, Tinie Tempah and Popcaan and his Unruly crew, who were a part of Mixpak’s 2016 victory.

Rap has been infiltrating its way into the Culture Clash fold over the past few years – Just Blaze and Young Guru were stiff competition at the New York iteration in 2013 and Wiz Khalifa’s Taylor Gang did their best at last year’s event in London – but this marks a major fusion of the sound clash’s dancehall origins and Atlanta’s rap acumen. (Wondagurl may be from Canada, but she’s been producing since she was 16, getting one of her first looks on Jay-Z’s Magna Carta Holy Grail and crafting tracks for Young Thug, SZA, Kanye West and Drake.)

Red Bull Culture Clash will take place on August 25 at 787 Windsor and will be live-streamed on Red Bull Radio. It will be hosted by the legendary DJ Drama. Check out more information below. 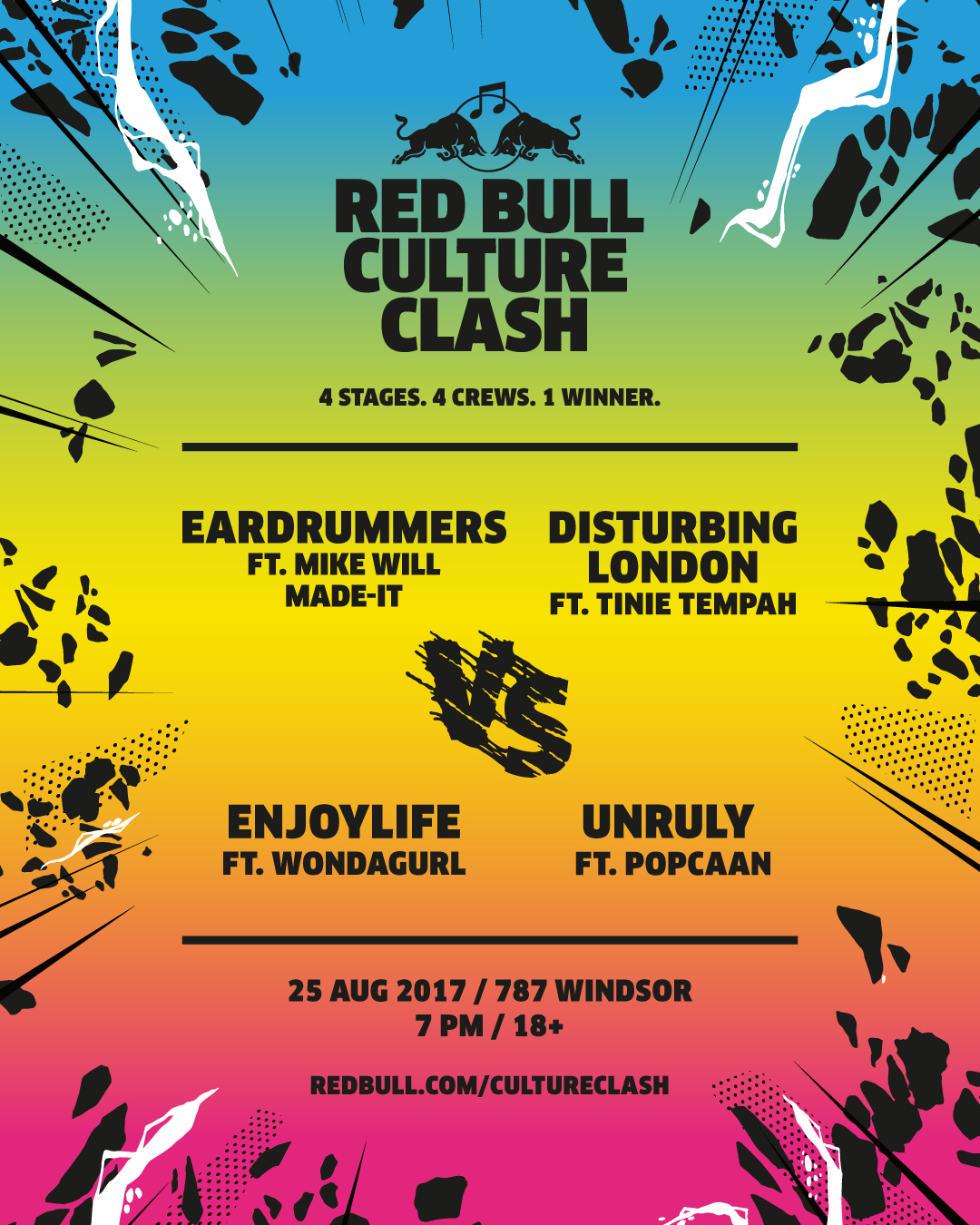 Read next: How Taylor Gang became the first US rap crew to get through Red Bull Culture Clash unburned