David Morley, Pessimist and SKY H1 are among the other names added to this year’s bill.

Berlin Atonal has finalized its lineup for 2017.

Pinch and Shed are among the names added to the festival, which takes place at the city’s Kraftwerk venue from August 16-20. The pair will play their first ever back-to-back set, with Pépé Bradock and DJ Deep also added to the afterparty schedule.

Check the full schedule and see highlights from last year’s edition below. 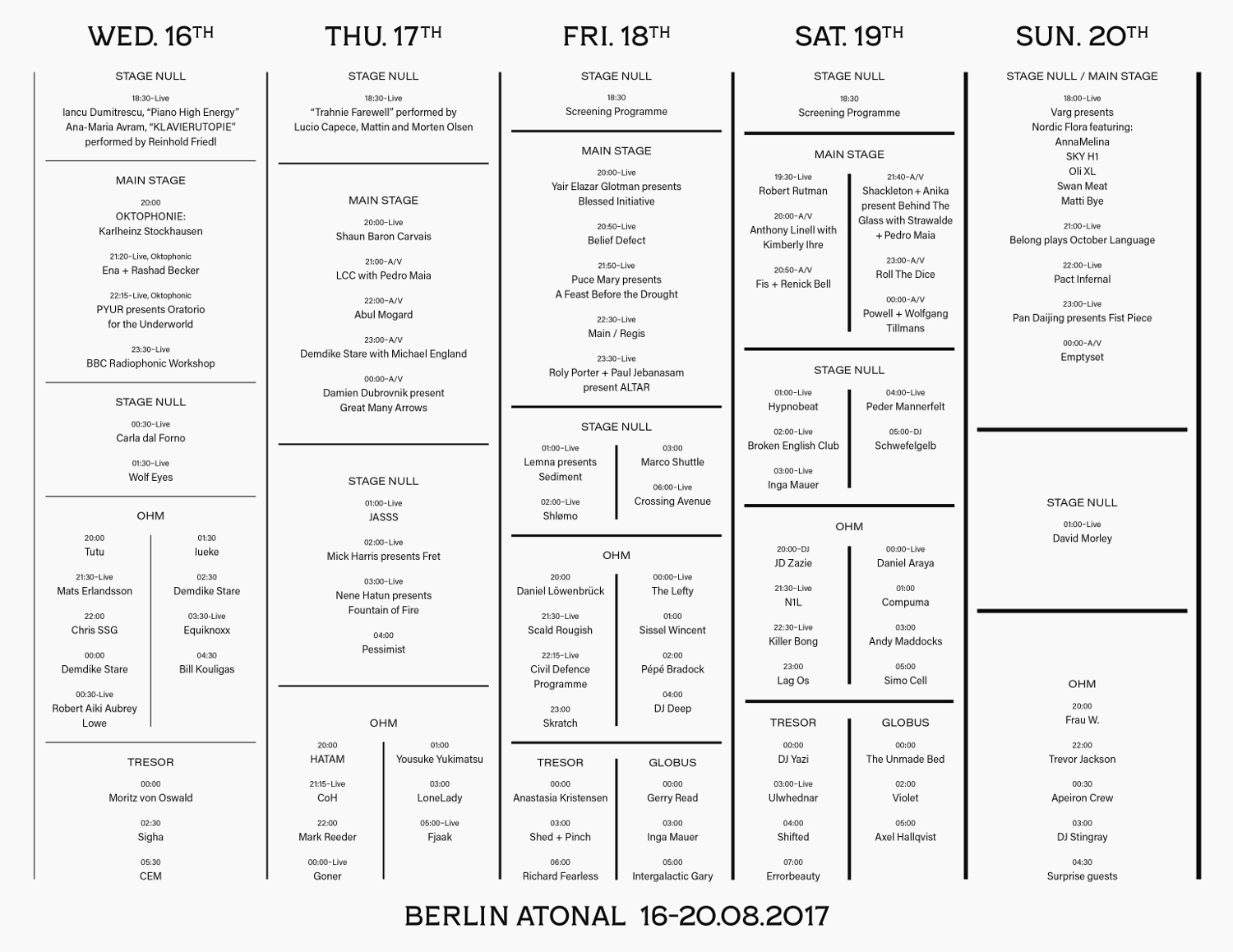