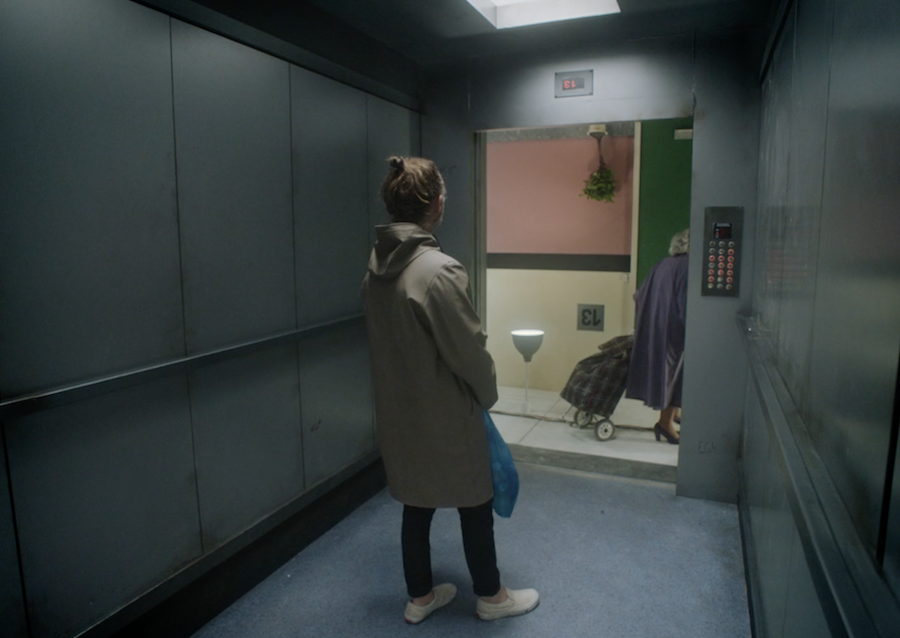 The latest video from OKNOTOK.

Radiohead have released a new video for ‘Lift’, an unreleased track from the recent anniversary reissue of OK Computer.

While previous videos for ‘I Promise’ and ‘Man Of War’ were alternately somber and terrifying, this new video from Oscar Hudson puts frontman Thom Yorke (and his groceries) on a long, surreal and often humorous elevator ride.

Each stop brings some new obstacle including a flood of businessmen, someone drinking out of a fishbowl and a man mopping the floor while inadvertently pushing Yorke into a corner.

The action brings to mind French silent comedy master Jacques Tati, while the increasingly surreal floors continue the amazing set design Hudson brought for his vignette for A Moon Shaped Pool‘s ‘The Numbers’. It all builds (ascends?) to a Lynchian twist that feels right at home in the band’s memorable video catalogue.

Watch it above and revisit Hudson’s ‘The Numbers’ clip below.

Today’s vignette is: The Numbers – Directed by: Oscar Hudson www.oscarhudsonfilm.com