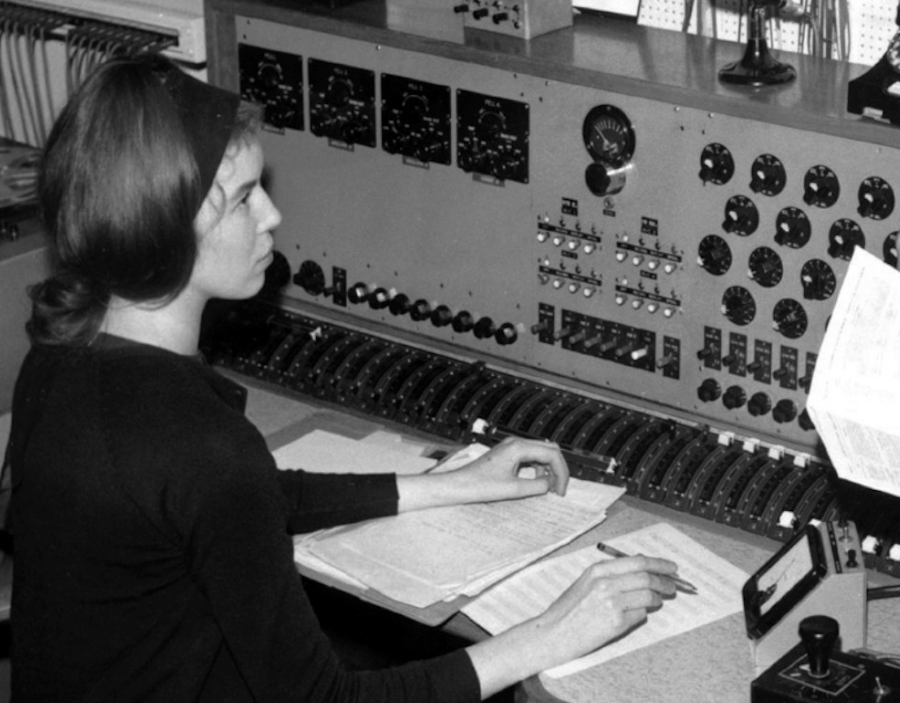 Spliced together from a seemingly lost archive of over 300 tape reels.

The BBC Radiophonic Workshop — the sound artists behind famous early electronic TV soundtracks like Doctor Who and Hitchhiker’s Guide To The Galaxy — have unveiled an unreleased highlight from their most famous member, the late Delia Derbyshire.

Titled ‘Future Ghosts’, the piece was made of various elements from Derbyshire’s seemingly lost tape archive. The collection, containing over 300 tape reels, was found in the artist’s attic after her death and used to construct the new piece.

You can hear ‘Future Ghosts’ in its entirety in the trailer for The Radiophonic Workshop At 60 performance and panel discussion which will be held October 13 at the British Library.

Earlier this summer Reform Radio featured unreleased music from Derbyshire in a special episode dedicated to her. Earlier this year the Radiophonic Workshop released their first album in 32 years.

Hear the track below and learn more about the event here.