His first album in five years arrives this spring.

While “too many guests” has been a common pitfall for many an electronic album, Koze proved a serious exception to the rule with his mind-bending 2013 masterstroke Amygdala. That record aligned disparate artists including Caribou, Matthew Dear, Apparat, Milosh and Ada under Koze’s euphoric, psychedelic vision. It’s aged into a classic and now the German producer seems ready to replicate those kaleidoscopic wonders with a whole new crew.

“I made much more than these 16 songs but these are the ones I can listen over and over in different conditions,” he explains over email. “I always aim for a kind of timelessness and in my subjective perception timelessness means avoiding things and sounds. This is a much more difficult task than vice versa.”

Róisín Murphy is a particularly exciting stand out, appearing on two different Knock Knock tracks which the producer calls “a true gift”. Describing their collaboration, Koze says he’s always admired Murphy’s “artistic approach, her versatility as a vocalist and her playful presentation of her own world.”

“It’s very exciting to work with her as she always comes up with totally unpredictable hooks and melodies only she can come up with,” he says.

If there’s one name on credit list that has many surprised, though, it’s Bon Iver on the track ‘Bonfire’. Koze clarifies that the singer didn’t collaborate on the track, but his vocals from the Bon Iver, Bon Iver highlight ‘Calgary’ are sampled.

This is still exciting news, as anyone familiar with Koze’s legendary remixes can attest to his skill with even the smallest sample. We’ll have to wait a bit longer to hear what he does with Bon Iver’s beloved single, but the producer is still down for a collaboration someday.

“[I’ve] loved his voice and music for a long time and I would be delighted to cooperate with him on a song,” he says. “But for now I am happy this strange little track ‘Bonfire’ will find its way into the world.”

Knock Knock is out May 4 via Pampa Records. Find the artwork and tracklist below. 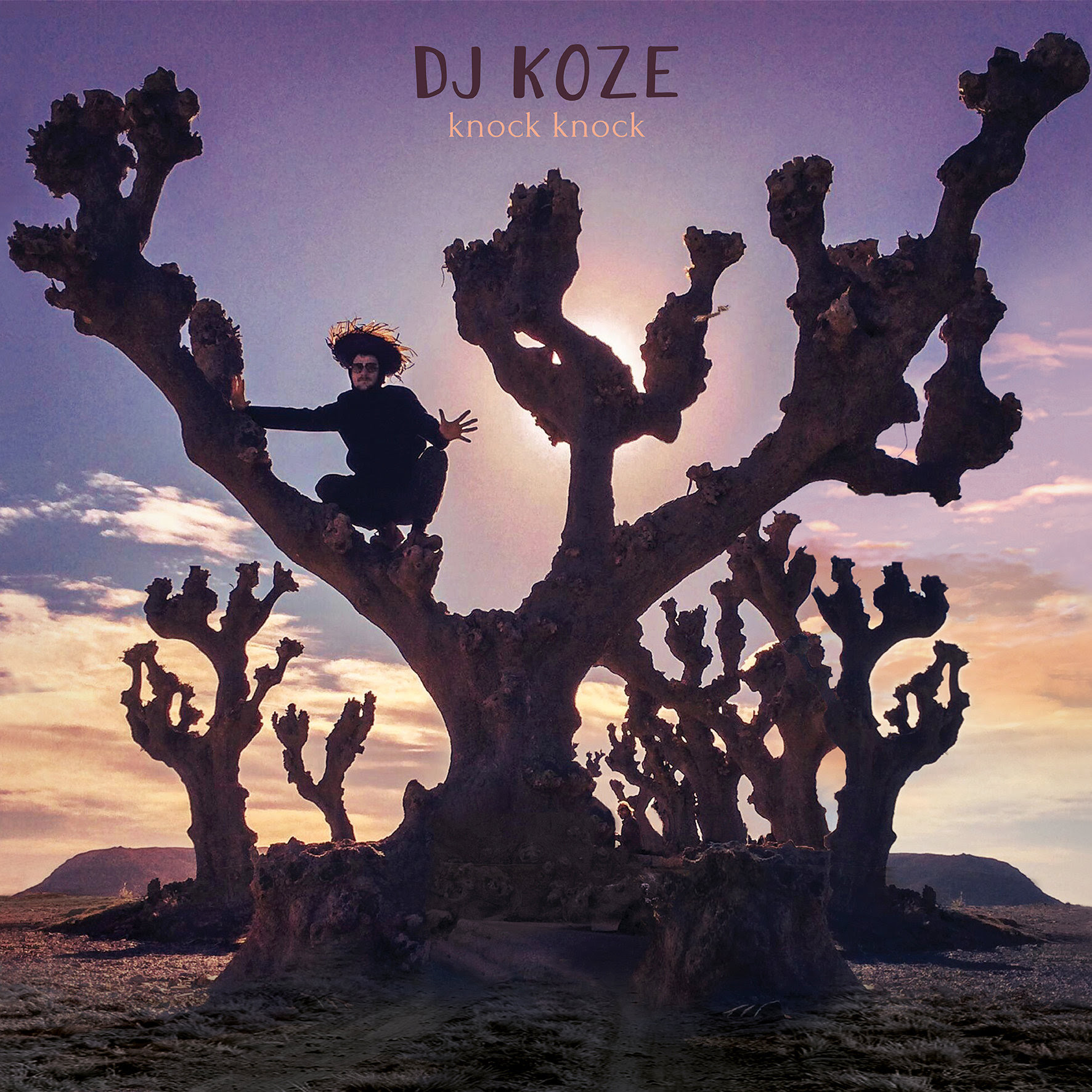 Read next: “I’m turned on by melancholy”: DJ Koze talks Amygdala, Jennifer Lawrence and the virtues of goats