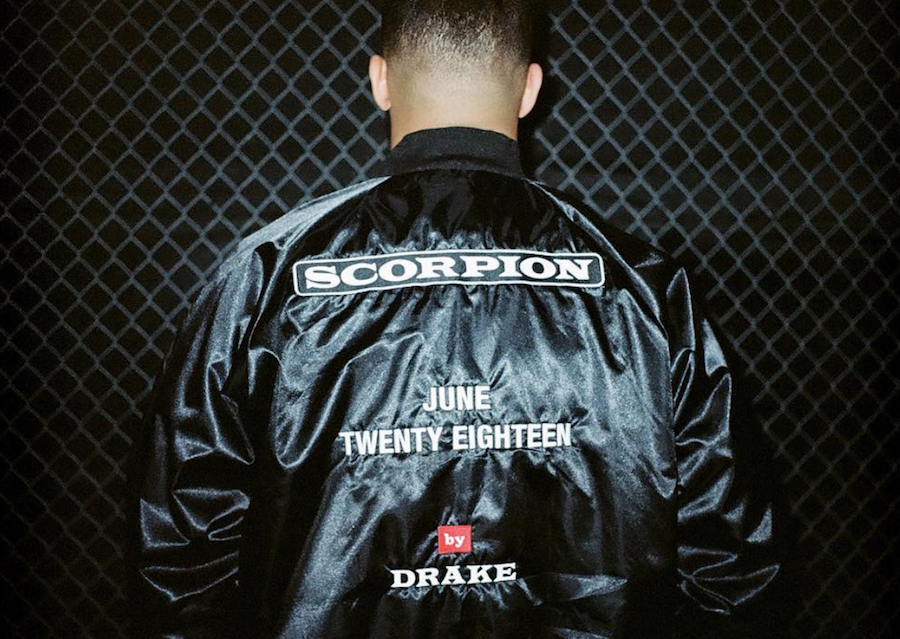 Eve better be on this.

Drake has announced his next album, Scorpion, will be out in June.

The rapper teased the news on Instagram with a photo in a jacket with the title and a June 2018 release date printed on the back. He later confirming the news to Rolling Stone. The album shares a title with Eve’s second album.

Drake has been gradually releasing singles throughout this year beginning with the two tracks ‘Diplomatic Immunity’ and God’s Plan’, as well as a massively popular music video for the latter. Last week he released the single ‘Nice For What’, which included a star-studded music video featuring Insecure’s Issa Rae, Black Panther’s Letitia Wright, the Internet’s Syd, Michelle Rodriguez, Black-ish’s Tracee Ellis Ross and Yara Shahidi and Tiffany Haddish.

Watch the video for ‘Nice For What’ below and look for Scorpion in June.