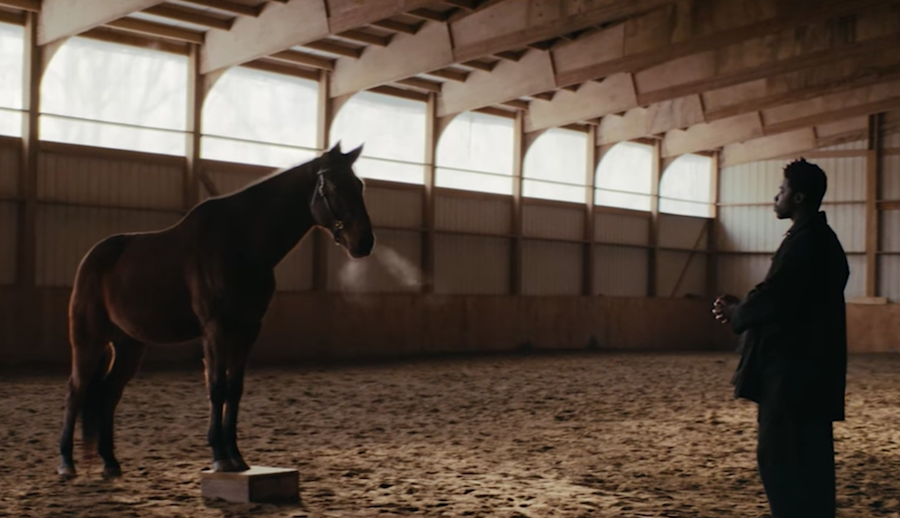 A tragic and surreal story.

Moses Sumney has released a new short film for ‘Quarrel’ from his 2017 album Aromanticism. The video is co-directed by the singer and frequent visual collaborator Allie Avital.

The 7-minute video tells a story rich in symbolism and surreal images. It depicts Sumney’s kinship with a horse, who discovers that he uses horse bodies to make sculptures and the tragedy that follows. The video’s disturbing revelation features the sculpture No Life Lost II by famed sculptor Berlinde De Bruyckere.

Watch ‘Quarrel’ below and look for Aromanticism now via Jagjaguwar.