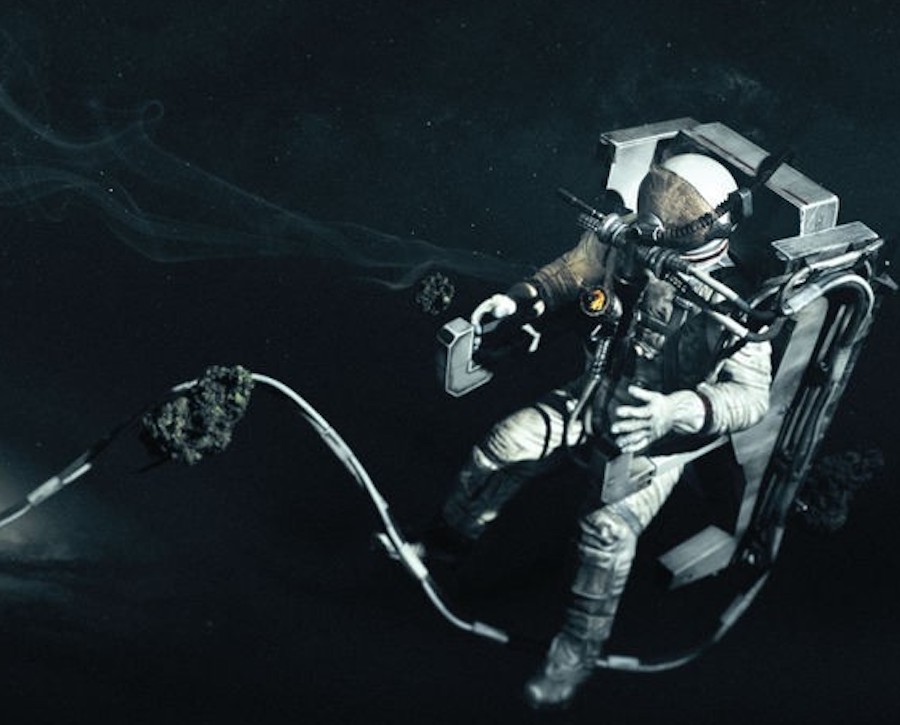 The Sciences is out tomorrow.

Doom metal greats Sleep have announced the follow-up to their 1999 stoner metal classic Dopesmoker will be released tomorrow in honor of 4/20. Titled The Sciences, it will be released through Jack White’s Third Man Records.

If you’re worried if the band’s subject matter has changed, one look at the astronaut-bong hybrid on the cover will ease your mind. It also includes track titles such as ‘Marijuanaut’s Theme’ and ‘The Botanist’. The album doesn’t include ‘The Clarity’ which appeared as an Adult Swim single in 2014.

UPDATE: Stream The Sciences in full below.