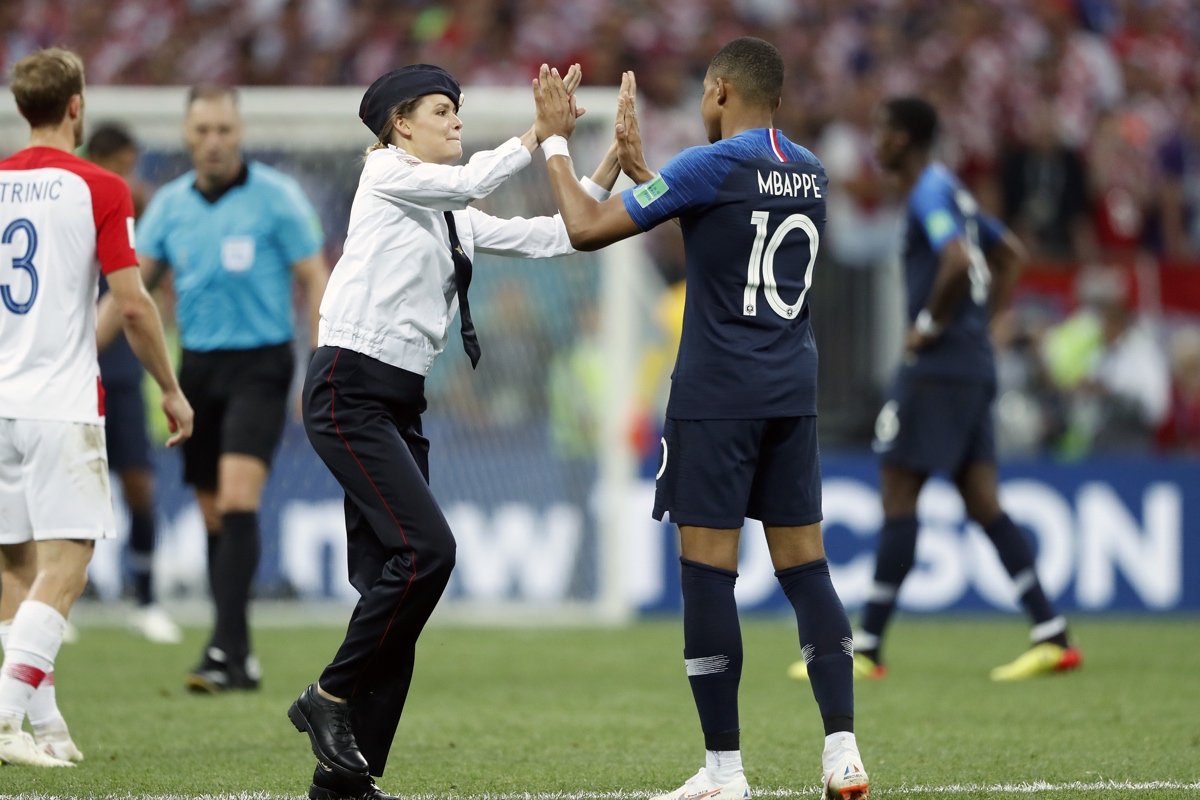 The four activists were arrested and denied access to their lawyer.

Four members of Pussy Riot have been charged with misdemeanour cases after invading the pitch at the World Cup final in Moscow yesterday afternoon.

The group gave an update on the arrested members on their Facebook page, detailing the aftermath of their most recent high-profile protest. Among the spectators who watched the four members of the group run onto the pitch wearing police uniforms was Russian president, Vladimir Putin.

The group have confirmed that all four members spent the night in a local police station, were denied access to their lawyer and have been charged with misdemeanour cases, which the BBC reports include “violating the rules for spectators at sporting events” and “wearing police uniforms illegally”. See the group’s own coverage of the protest below.

The post also reiterates the groups’s demands, inciting the Russian government to “Let all political prisoners free”, to “Stop illegal arrests on rallies” and to “Allow political competition in the country”.

The update arrives after footage was released online showing the police interrogation of two of the members. In the video, one of the Russian officers can be heard shouting “It’s a shame it’s not 1937 anymore”.

Pussy Riot have been involved in several high-profile protests against the Russian government, most famously in 2012, when five members of the group staged a performance inside Moscow’s Cathedral of Christ the Saviour. In 2016, the group collaborated with TV On The Radio’s Dave Sitek on the song ‘Chaika‘. This year, the group once again paired up with the indie producer with ‘Bad Apples’. Check out the video below.

The four Pussy Riot members involved in the protest – Veronica “Nika” Nikulshina, Olga Kuracheva, Olga Pakhtusova and Petya Verzilov – have been sentenced to 15 days in jail, according to the band’s Twitter account.

Some members have also been banned from attending sporting events for three years.

And Pyotr Verzilov gets 15 days plus a ban to visit sports events for 3 years.