The Balkan Vinyl producers return for their first album in eight years.

According to a press release, the album narrates a “journey into and through a nightmarish urban sprawl, under the glow of neon skyscrapers in a dystopian near-future”, and was inspired by “the sounds and design of late 80’s and early 90’s sci-fi computer games”.

The album arrives via the duo’s label Balkan Vinyl, and was conceived of as a companion piece to the label’s Mutant City Acid various artist 12″ series, which featured tracks from Altern-8’s Mark Archer, techno veteran Mark Broom and Posthuman themselves.

Balkan Vinyl has spawned various sub-labels and spinoffs, including the I Love Acid club night and label, which releases no-nonsense acid tracks in editions of 303 copies and Rave Wars, a project dedicated to Star Wars-influenced rave-ready old skool and hardcore tunes.

Mutant City Acid drops on November 26 via Balkan Vinyl and comes on double coloured 12″ in a gatefold sleeve, with an accompanying ambient version on limited edition cassette. The album was pressed on completely randomised coloured vinyl – including marbled, multicolor and mother-of-pearl – and packaged completely randomly. The whole process was live streamed directly from the pressing plant.

Check out the album artwork and tracklist below, and be sure to revisit Posthuman’s epic four-hour FACT mix. 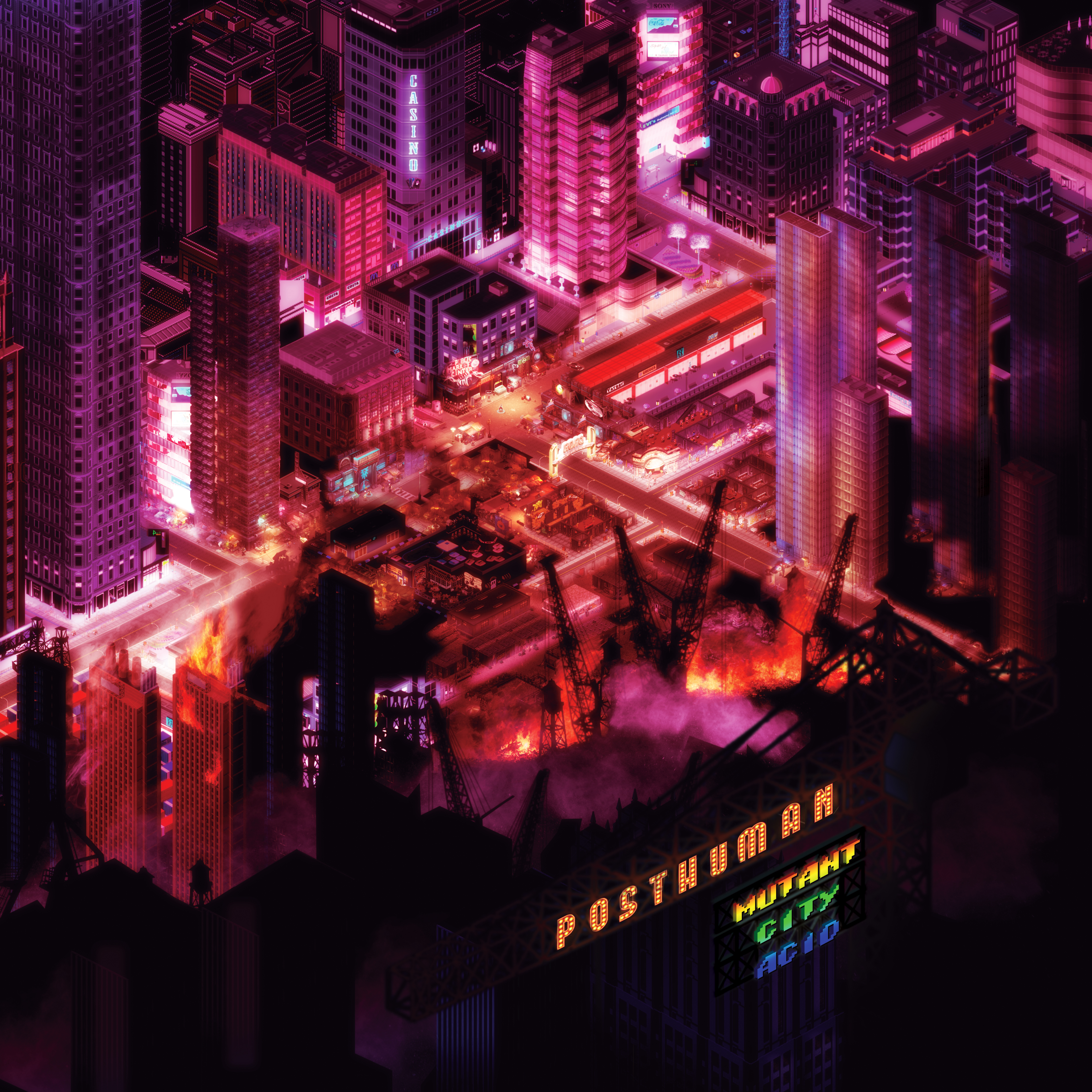 Watch next: Posthuman – Against The Clock