The German techno label delves into its back catalog for five essential reissues.

Tresor Records has announced the re-release of five seminal works from their back catalog.

Each of the reissues represent key moments in the history of Tresor Records. Jeff Mills’ Waveform Transmissions Vol. 3 and Robert Hood’s Internal Empire illustrate Tresor’s connection with Detroit’s Underground Resistance collective, as well the development of both Mills’ and Hood’s singular take on Detroit techno.

Both Skynet and Neptune’s Lair move this development further, with Atkins focusing in on the melodic and emotional elements of his industrial sonic palette and Drexciya weaving a dense politicized mythology with their aquatic imagery and futuristic electro sound.

Finally, Scion’s extended mix of tracks from techno luminaries Basic Channel is an important document in the history of Berlin techno, highlighting the most essential cuts from the German duo’s discography.

See below for the release dates and formats of all the reissues. 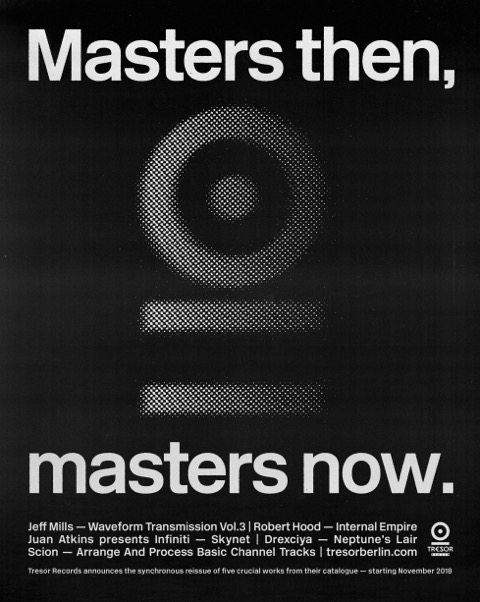