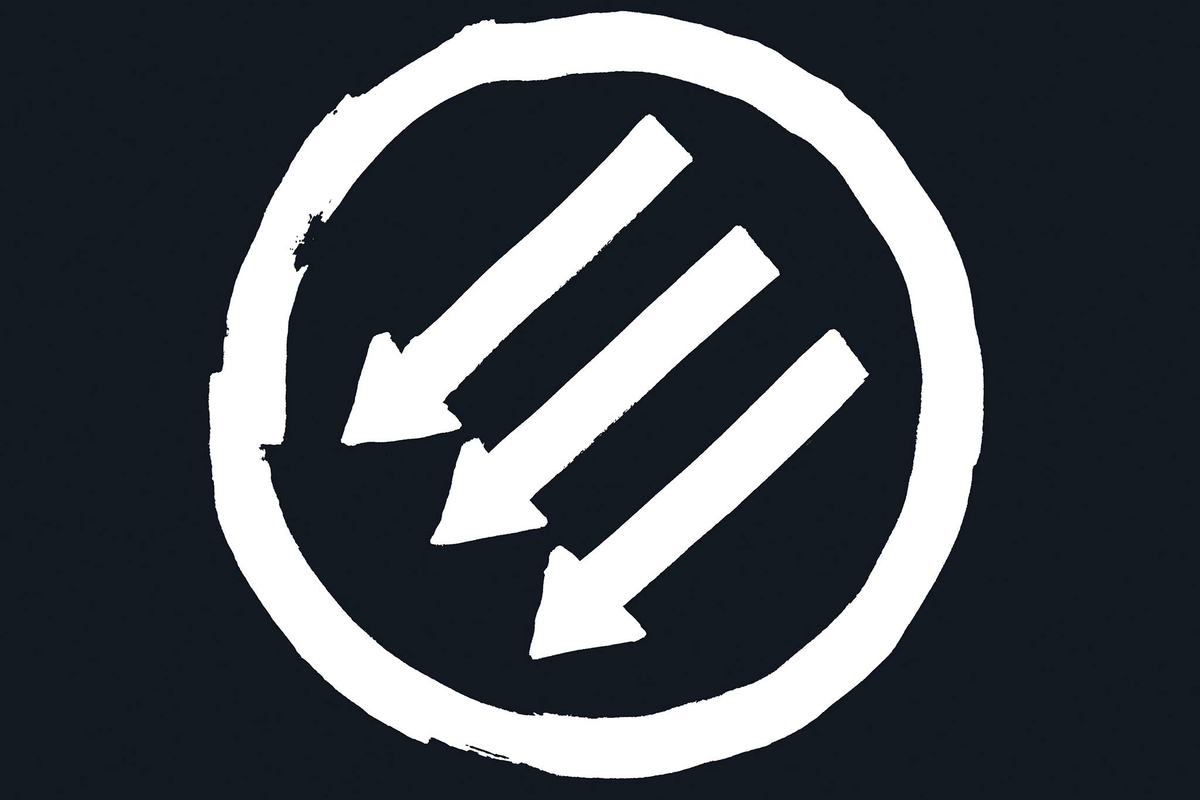 Image via: Against Fascism Trax

All label profits will be donated to Hope Not Hate.

The new label, which aims to “provoke dialogue that is fundamentally anti-racist, anti-sexist, non-homophobic, non transphobic, non-ageist” and “non-ableist”, as well as “to question and break down the class divide”, will launch with a 12″ from newcomer Logtoad, Rat Full Of Coins (Vol. 1).

In the Against Fascism Trax manifesto – which repurposes text written by Lerato Khathi, AKA Lakuti – JD Twitch says: “If AF Trax reaches just one person to make them change their mind over being a supporter of the far right, motivates somebody to work against fascist thinking, informs someone or raises funds – then I will view it as having been a success”

Against Fascism Trax has 10 12″s planned for 2019, with  Logtoad’s Rat Full Of Coins (Vol. 1) arriving on January 11. All label profits will go to Hope Not Hate, which campaigns to counter racism and fascism. Check out the cover art, which features the AF Trax manifesto, and tracklist below. 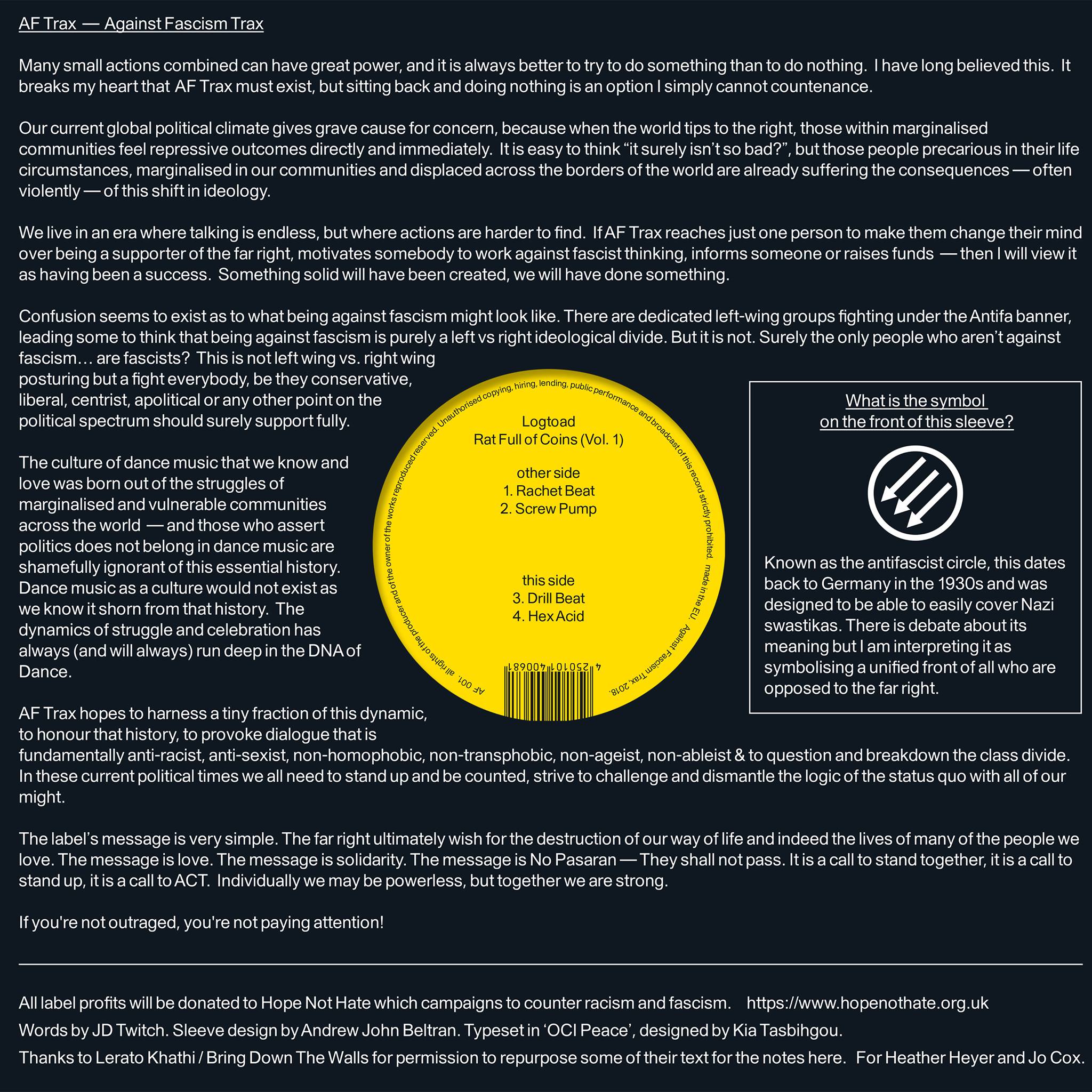