The first phase of artists to be announced, which leans heavily on tech-house, includes an extended set from Lee Burridge, as well as performances from Tale Of Us and Bonobo. No women are included on the initial bill, despite the club’s recent support of a Smirnoff initiative to support female talent. 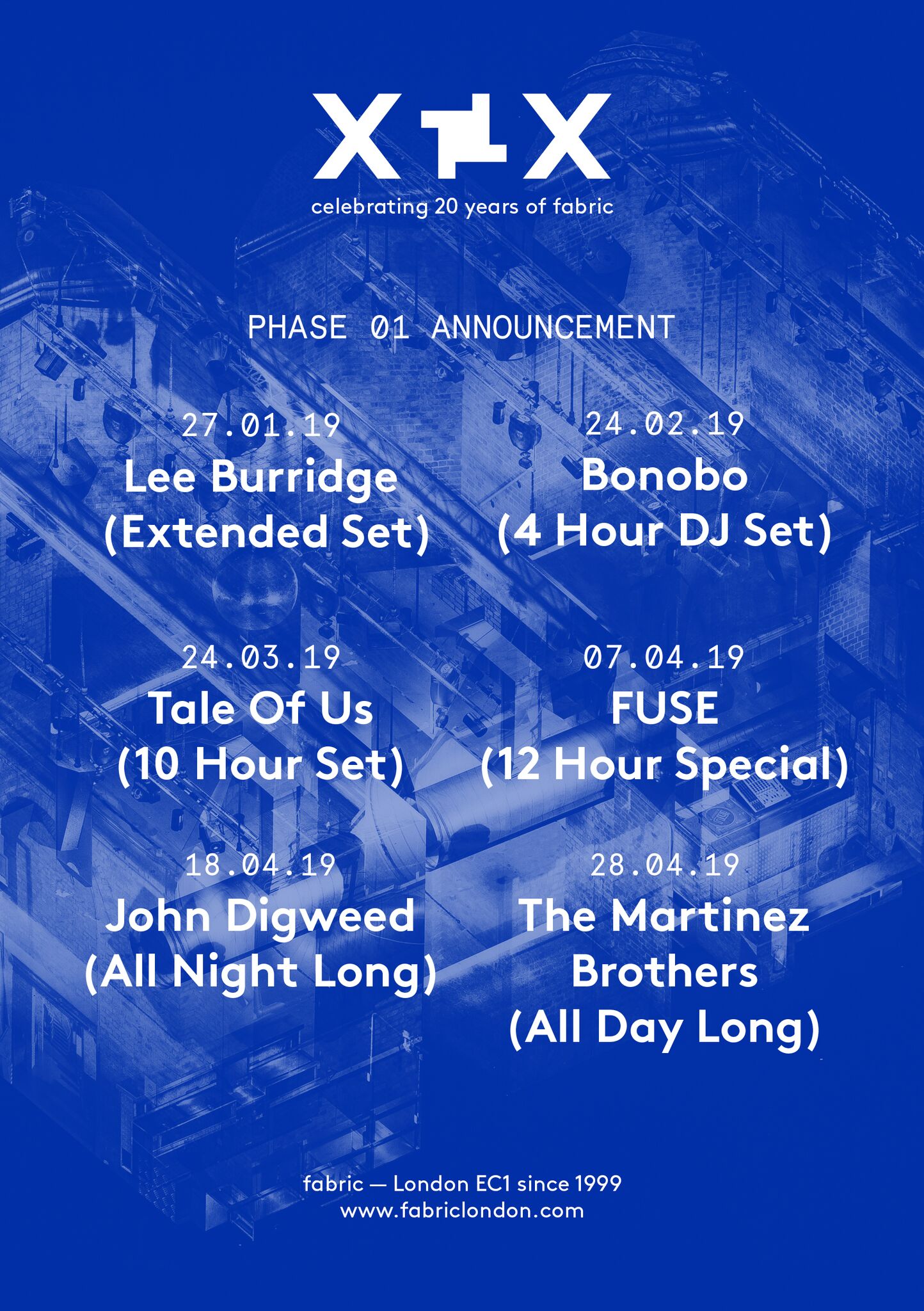 However, the club is introducing a new female resident DJ, Anna Wall, who starts at the club alongside another new resident, Bobby. They join existing residents Craig Richards and Terry Francis.

Fabric have also announced details of “fabric presents”, an updated quarterly mix series that will take the place of the much-loved Fabriclive compilation series. The first edition will come from Bonobo, with details of other contributors coming soon.

Tickets for all the “Fabric XX” shows, as well as more details of the club’s 20th anniversary plans, are available at the Fabric website.