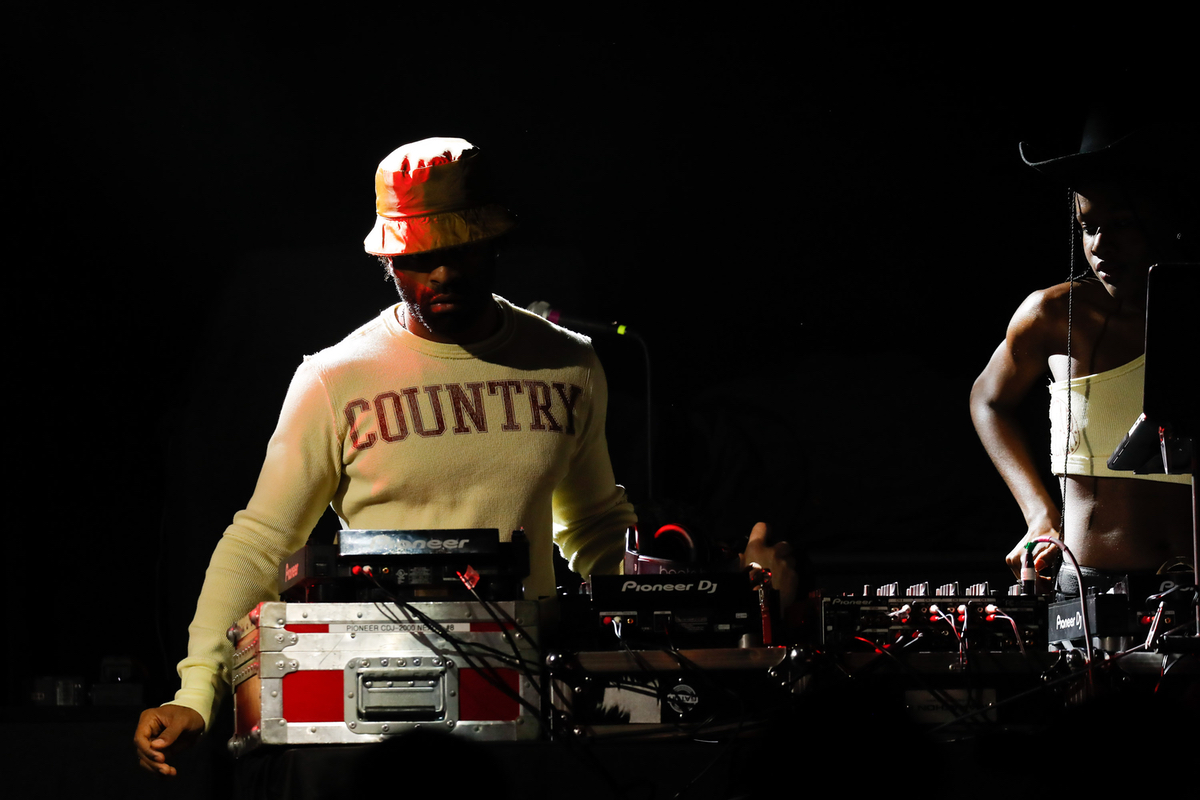 The show, Country, was a collaboration between designer Telfar Clemens and playwright Jeremy O. Harris.

The show, Country, was soundtracked by Total Freedom in collaboration with playwright Jeremy O. Harris, who performed a soliloquy to open the show, as well as R&B vocalist Oyinda and pedal steel guitarist Robert Randolph.

Rapper Butch Dawson closed the show, which was followed by performances by Ho9909 and Na-Kel, as well as an additional DJ set from Total Freedom.

Country is the latest in a series of Telfar NYFW shows featuring a variety of FACT favourites, which last year featured Kelela, Kelsey Lu, Ian Isiah, FAKA and Moses Sumney.

GOOOOODMORNING AMERICA 🦅 #gma TELFAR COUNTRYM🔥N • AKA • Hum🔥n Torch • AKA • @jeremyoharris • AKA • the feeling of the heart you never had breaking..