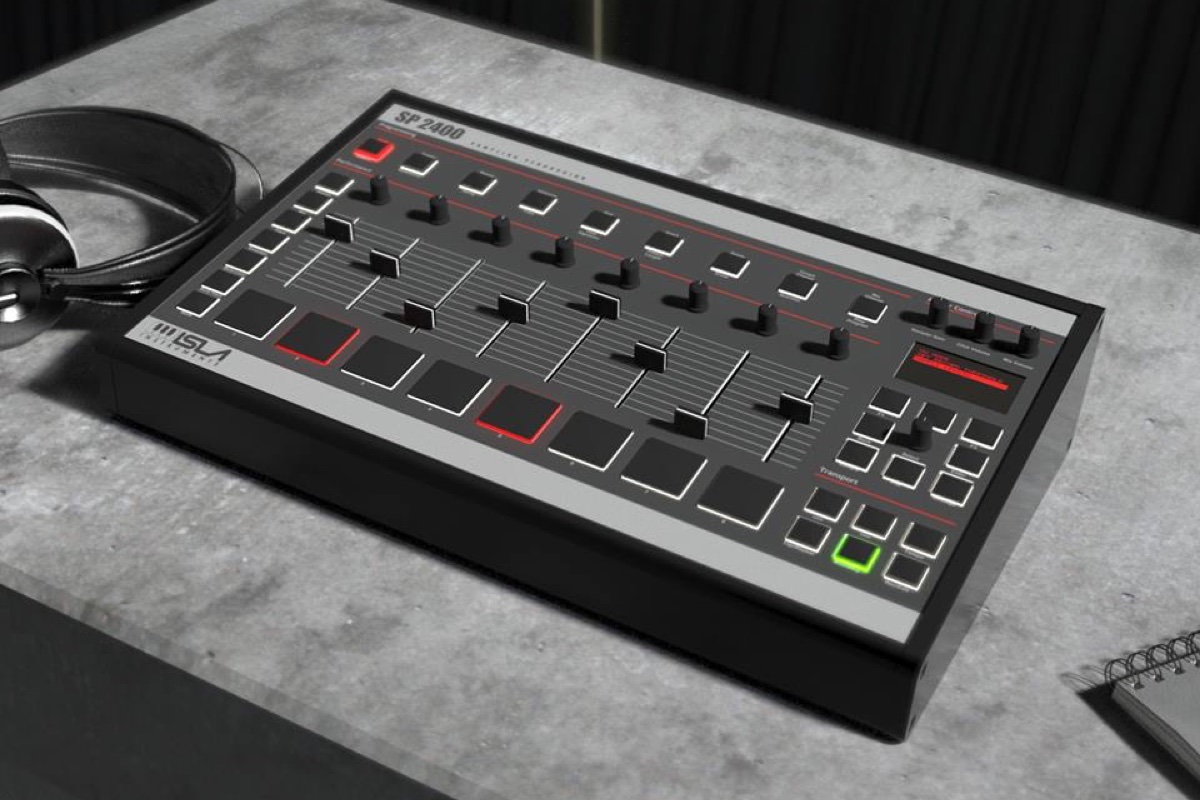 The SP-2400 is a modern take on J Dilla’s favourite sampler.

Early images of the SP-2400 appeared online last month and were speculated to be a forthcoming clone from Behringer, but in a live interview on YouTube, Isla CEO Brad Holland said that the SP-2400 is not a clone but a modern take that draws from the SP-1200’s layout and workflow.

According to Holland, Isla is aiming at a sub-$1,000 price for the SP-2400, which uses 24-bit sample architecture instead of the SP-1200’s 12-bit depth. Holland says that the sample memory is long enough to play DJ sets with – the original was limited to 10 seconds total memory, with a single sample limit of 2.5 seconds.

Isla is the company behind KordBot, a MIDI controller, arpeggiator and chord generator that launched on Kickstarter in 2016. However, promised sequencing features have yet to be implemented, leading some to question whether the company should be making a new product. Addressing these concerns on Facebook, the company said: “We now have two software developers. Work is progressing faster. For a company to thrive, we need more than one product.”

Isla isn’t sure whether to go down the crowdfunding route for the SP-2400, but Holland says that existing KordBot users will be at the front of the queue for the sampler when pre-orders do go live.

The original SP-1200, released in 1987, was hugely influential in the development of electronic music, particularly hip-hop. J Dilla was one of the sampler’s most notable fans, though it also found its way into the hands of house producers like Theo Parrish and Moodymann.

Read next: 15 samplers that shaped modern music – and the musicians who use them