Plans submitted for MSG Sphere, set to be the UK’s largest concert arena 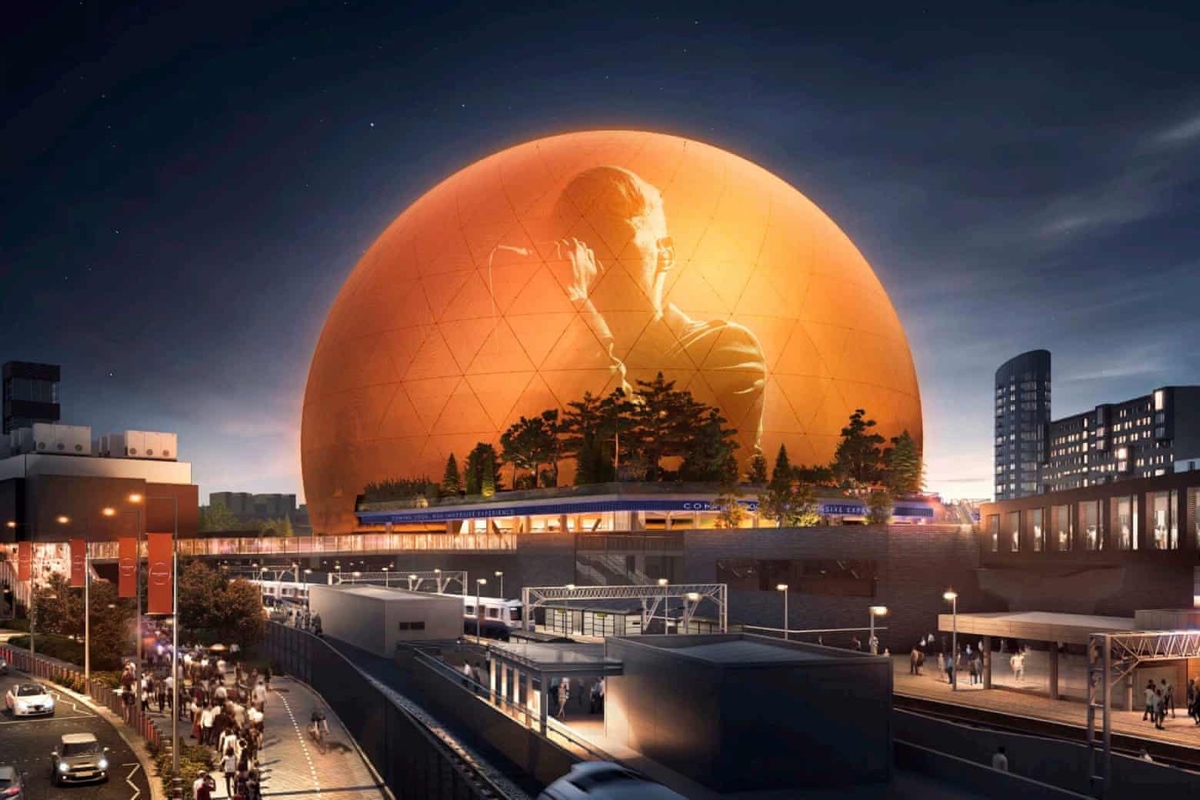 The 90-meter high east London venue will be located next to the Olympic Park.

A planning application have been submitted for MSG Sphere, a concert arena in east London which would be the UK’s largest venue. The 21,500-seater venue would beat both the nearby O2 Arena in Greenwich (capacity 20,000) and Manchester Arena (21,000) in terms of capacity.

The company behind the venture is the US-based Madison Square Garden Company, which owns the New York City venue of the same name. As The Guardian reports, MSG Company has purchased a 1.9-hectare (4.7-acre) site in Stratford next to the Olympic Park for the venue.

MSG Sphere is still subject to planning permission, but already has the support of former culture secretary Matt Hancock and London mayor Sadiq Khan. MSG Company claims the venue will support up to 3,200 jobs across the UK once it’s open.

The 90-meter high, 120-meter wide structure was designed by Populous, the architecture firm behind Wembley Stadium, and will be covered in LED panels that can display concert footage and advertising. The plans also show a separate 1,500-capacity venue, that “will help support grassroots and emerging music acts”, with adjoining restaurant, nightclub, cafe and retail outlets.

In its planning document, the MSG Company argues that London only has two major concert venues of its size, while New York City has seven. Local residents have already voiced their concern at the plans, with one petition arguing that the structure will block sunlight and increase traffic. Other campaigners are expected to block it on the basis of a shortage of affordable homes in the borough of Newham.

MSG’s executive chair James Dolan previously donated to Donald Trump’s campaign fund. He was also on the board of the Weinstein Company from 2015-16. In 2018, the Music Venue Trust strategic director Beverley Whitrick said that “musicians and audience members will feel uncomfortable” knowing that the company’s executive chair has a financial connection to the US president.