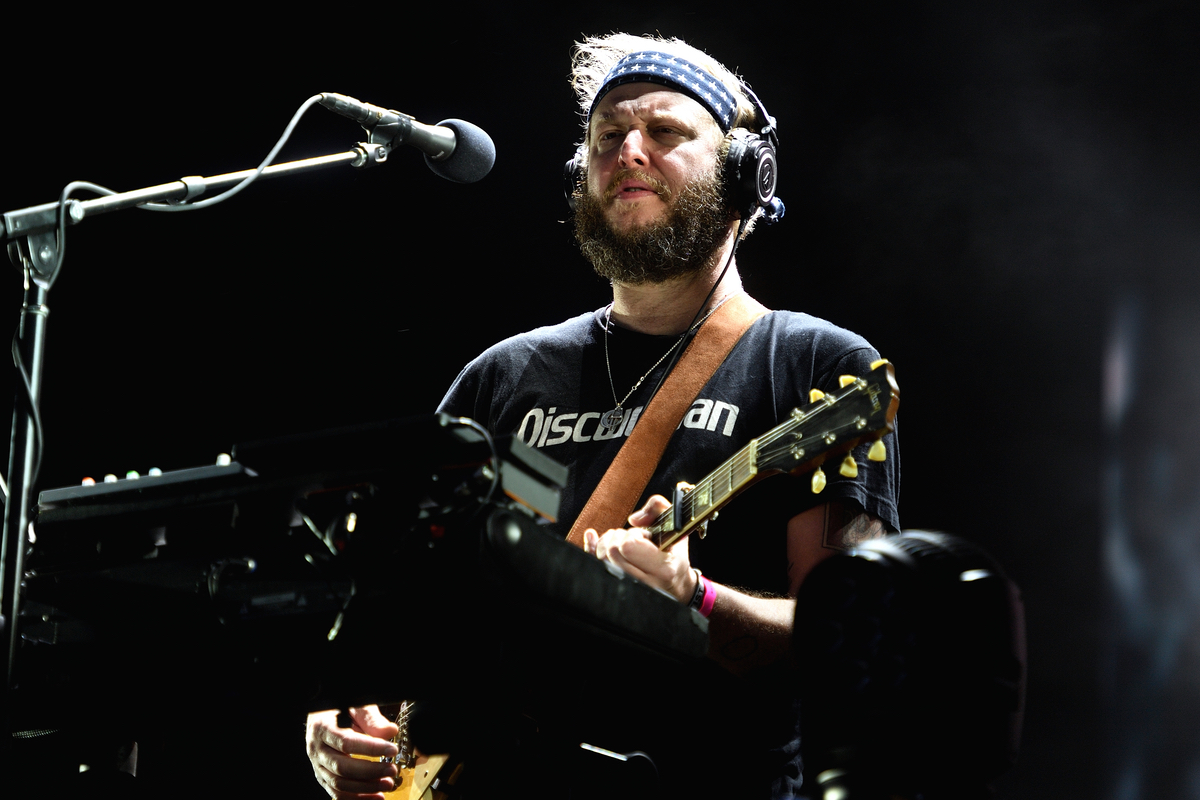 The group has also launched a mysterious new website, icommai.com.

Bon Iver debuted two new songs during their performance at All Points East festival, which took place over the weekend in London’s Victoria Park.

The NME reports that videos for two new songs were played following the group’s encore. Watch clips of both tracks, which may or may not be called ‘Hey Ma’ and ‘U’, below.

After the two videos were shown, the crowd was directed to a mysterious website, icommai.com. At the time of writing (June 3), the website displays, among other things, a variety of esoteric gif art, a YouTube video of Callie Day & Lan Wilson performing ‘I Know The Lord Will Make A Way’ and a list of presumed collaborators, including Moses Sumney and The National’s Bryce Dessner.

Bon Iver’s last album was 2016’s 22, A Million. Last year they contributed ‘Do You Need Power? (Walk Out Music)’ to the Creed II soundtrack.

Videos for both songs have been released, along with artwork and upcoming US tour dates for Bon Iver with Indigo Girls, Sharon Van Etten, Feist and Yo La Tengo.

The video for ‘Hey Ma’ includes footage of a very young Justin Vernon, while ‘U (Man Like)’ features vocals from Bruce Hornsby, Phil Cook, Elsa Jensen, Moses Sumney, Jenn Wassner, Bryce Dessner and the Brooklyn Youth Chorus. Check out both videos below.

Read next: The burden of being Bon Iver – How Justin Vernon fought fame and anxiety to make 22, A Million