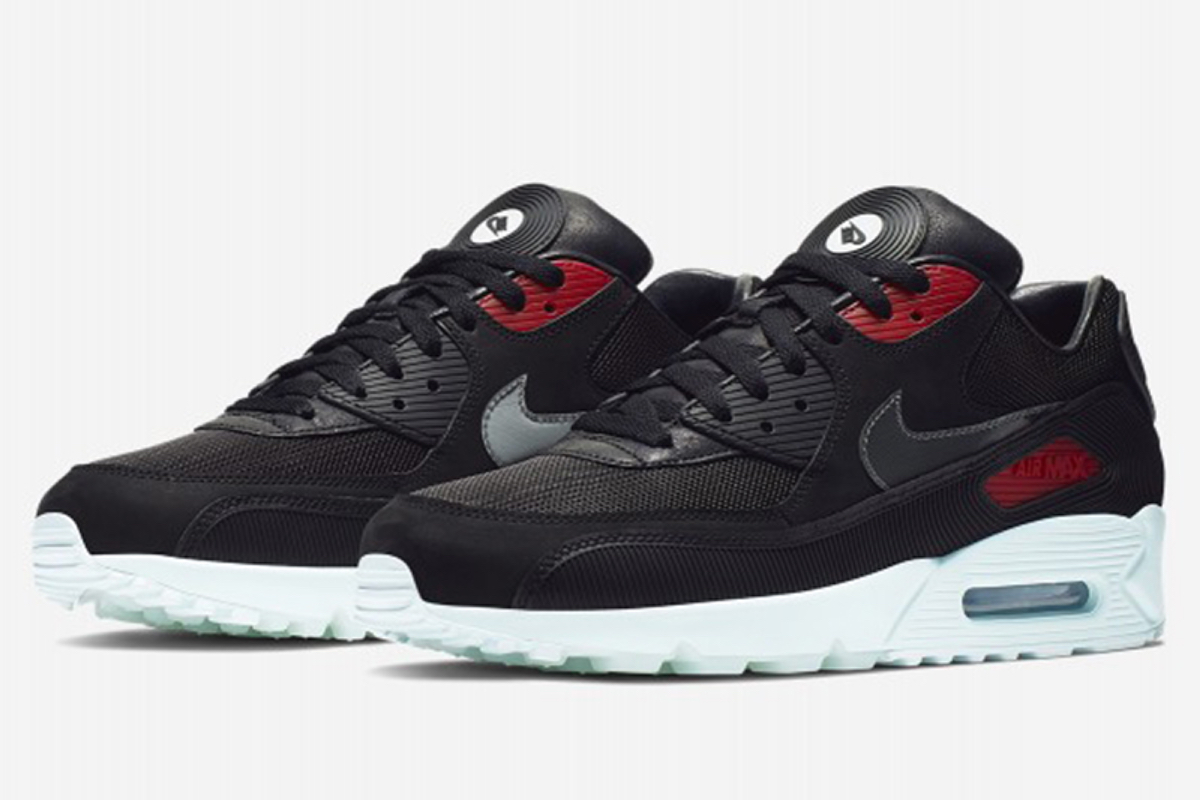 Inspired by records and “music of the ’90s”.

Air Max 90 Vinyl model features a black vinyl upper, red accents, an ice blue sole, and a vinyl record design with the Nike logo inside it on each tongue.

The sneaker is the latest in Nike’s music inspired Air Max 90 range, following its Mixtape Side A and Mixtape Side B models in June.

Those shoes featured ‘Side A’ and ‘Side B’ on both tongues (depending on which model you chose) with “33 1/3 RPM” text alongside it.