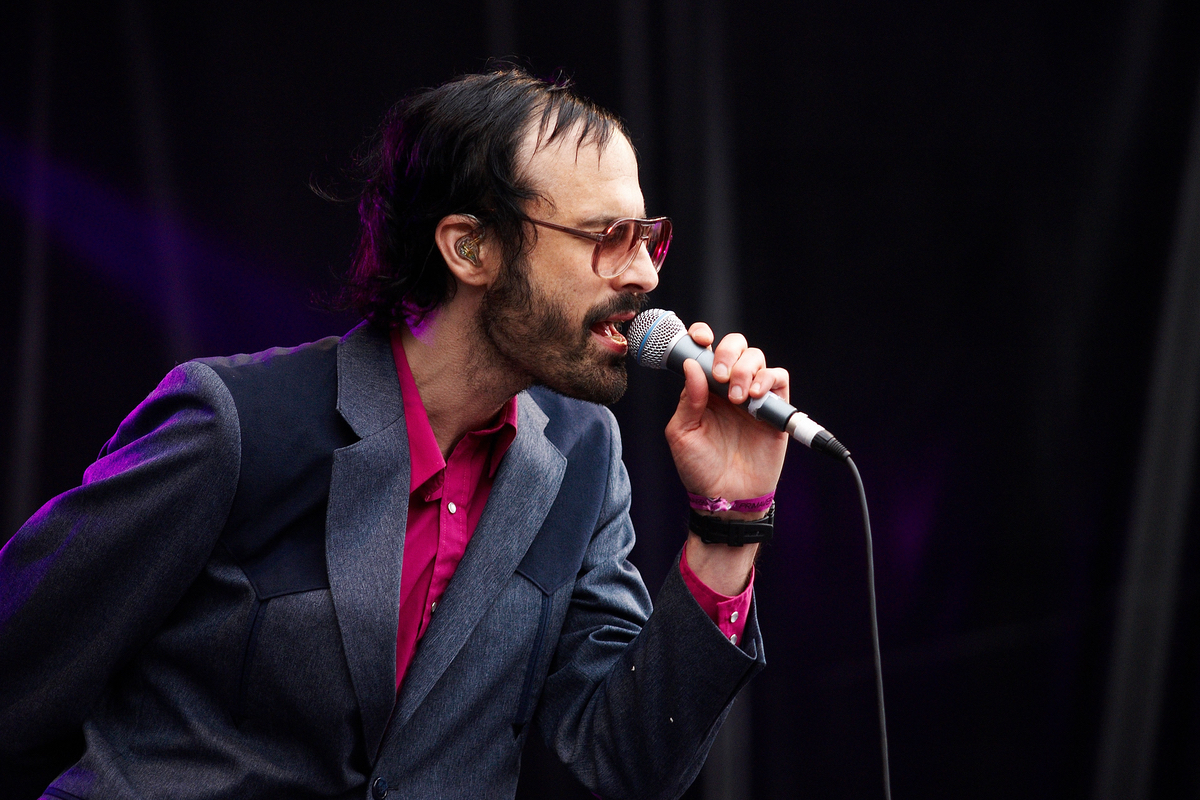 Oneohtrix Point Never, El-P and Stephen Malkmus have paid tribute to the late poet and songwriter.

Drag City has confirmed that David Berman, the poet and songwriter known for his projects Silver Jews and Purple Mountains, has died at the age of 52.

Berman founded Silver Jews with Pavement’s Stephen Malkmus and Bob Nastanovich in the late ’80s and would go on to release six studio albums with various iterations of the band up until 2009, when he officially dissolved the group. This year he released an album under a new moniker, Purple Mountains, via Drag City.

We couldn't be more sorry to tell you this. David Berman passed away earlier today. A great friend and one of the most inspiring individuals we've ever known is gone. Rest easy, David. pic.twitter.com/5n5bctcu4j

Friends and collaborators such as The Avalanches, Deerhunter, El-P, Oneohtrix Point Never, Bob Nastanovich and Stephen Malkmus have paid tribute to the late artist. Check out some of those tributes below.

I didn’t know about my friend DCB when I wrote this must have been in the air .His death is fucking dark ..depression is crippling.. he was a one of a kinder the songs he wrote were his main passion esp at the end. Hope death equals peace cuz he could sure use it

“I was saddened to hear that David died. Stephen called me to tell me this afternoon.

For most of my life, I was amazed by David as a person, a humorist and a writer. It was enlightening to have such a talented friend at a young age and realize that the talent wasn’t always a blessing.

David battled mental illness for nearly all of his life. He had professional help and the unyielding support of hundreds of good friends. He had many loving and devoted fans.

Please try to cherish your memories of him and his words and music including his last album Purple Mountains.

I know I will and I’m grateful that the list of good memories and stories is long.”

We have no words to describe how we feel this morning to learn of the loss of David Berman. All our love goes out to his family & loved ones, the Drag City family and the musicians who journeyed with him. We were fortunate enough to have David contribute his sublime words to both Wildflower and our upcoming album. What a gift. On a personal level David was always there for me throughout the ups and downs of life and provided much guidance, solace and humor reflecting on our shared struggles. You helped me so much David. His book Actual Air remains a standalone work of rare beauty and a heartbreaking look at the magic inherent in the day-to-day. Farewell David …you are the light by which we travel into this and that – r

So crushed. I grew up on David Berman and the Silver Jews catalogue in mostly real time… in such a way that his music and lyrics and vocals have touched me to this day and are still growing in significance (and of course a higher high of nostalgia on the side with each revisitation… and there has been so much revisiting these last few years I must say). I was so excited for these upcoming shows and how amazing the new Purple Mountains record is. I was so stoked and so proud of Jarvis and Jeremy and the @woodsist gang for knocking this album outta the park. David’s music always hit on a basic human gut level just in the power of his lyrics and voice alone… in a way no other modern artist of my generation has been able to… We were friends but I was looking forward to hopefully becoming closer and was so excited to see him around with purple mountains and hopefully play on “trains across the sea” in philly. Speaking of that tune (and others)… I’ve been singing a few silver jews songs to my daughters at night before they go to bed… since they were little… (it was a no brainer in the dna of my upbringing…) they were always affected by Cassie’s beautiful voice in “Tennessee” and would wanna sing that part… to the extent the first song my oldest daughter Awilda sang from memory (and later we recorded a version of) was “trains across the sea” and she performed “new orleans” at her co-op talent show. When my family came thru Nashville David and Cassie took us in graciously and David bought the girls a Mr Games style trinket I guess you might call a diorama music box (?) either way it will be cherished always. Love forever to Cassie and David from Kurt, Suzanne, Awilda and Delphine. “Snow is falling in Manhattan…” “I loved being my mother’s son…” “when god was young… he made the wind and the sun. And since then it’s been a slow education. And you got that one idea again………” “oh… oh oh… I’m lightening. Oh… oh oh… I’m rain. Oh… oh oh… it’s frightening… I’m not the same. I’m not the same. I’m not the same.” ❤️ God bless @dragcityrecords for releasing so much (and all) of his material. R.I.P. David Berman. You will be missed.

Words cannot begin to describe how well these words describe the sadness and beauty of the vacant lot called our world. Horrifying that such a clear view of the void can be fatal. Rest In Peace DB.

Very very sad to hear David Berman has passed away. A massive talent and a huge influence on us. RIP

Rest easy David Berman. I’ve cried to many songs by many people over the years. But this one is high on the list of hard hitters. Not necessarily the best song he wrote. But he wrote so many great songs and used words so magically. Somehow this one and it’s sentimentality is the one that popped into my head first when reading that he’s gone. I met him briefly after watching him play a show in a cave in Tennessee. Brian and his wife and I drove down from baltimore to catch the show. I know we are losing so many things and people. Maybe to some it’s weird to post about him and not Toni or this weekend’s shootings. Posting anything about anything is weird tho. Not even sure why I’m doing this. Go and listen to this man’s music. Listen to his shakey and vulnerable voice spin words like no other. Love your people and do your best.

Fuck. Goddamnit. RIP David Berman. One of the great tortured poetic souls is gone. A master of beautiful darkness.

tried but couldn’t even bring myself to quote DB. when poets leave us their testaments feel like staring into the sun