Felix Lee, fka Lexxi, has assembled a stellar cast of collaborators, including Gaika, Kamixlo and Oxhy, for his debut album, Inna Daze.

Described by Lee as a collection of “survival ballads for the near future”, the album depicts dystopian soundscapes populated with thick Auto-Tune and glowing, radioactive production.

As Lexxi, Felix Lee debuted on Total Freedom’s Blasting Voice compilation, before collaborating with Elysia Crampton on her 2016 album Demon City. His debut EP, 5tarbo1, was released via his own imprint Endless, which is also the name of his monthly NTS show.

Inna Daze arrives on September 27 via Planet Mu and is available to pre-order now. Check out the album artwork and tracklist below. 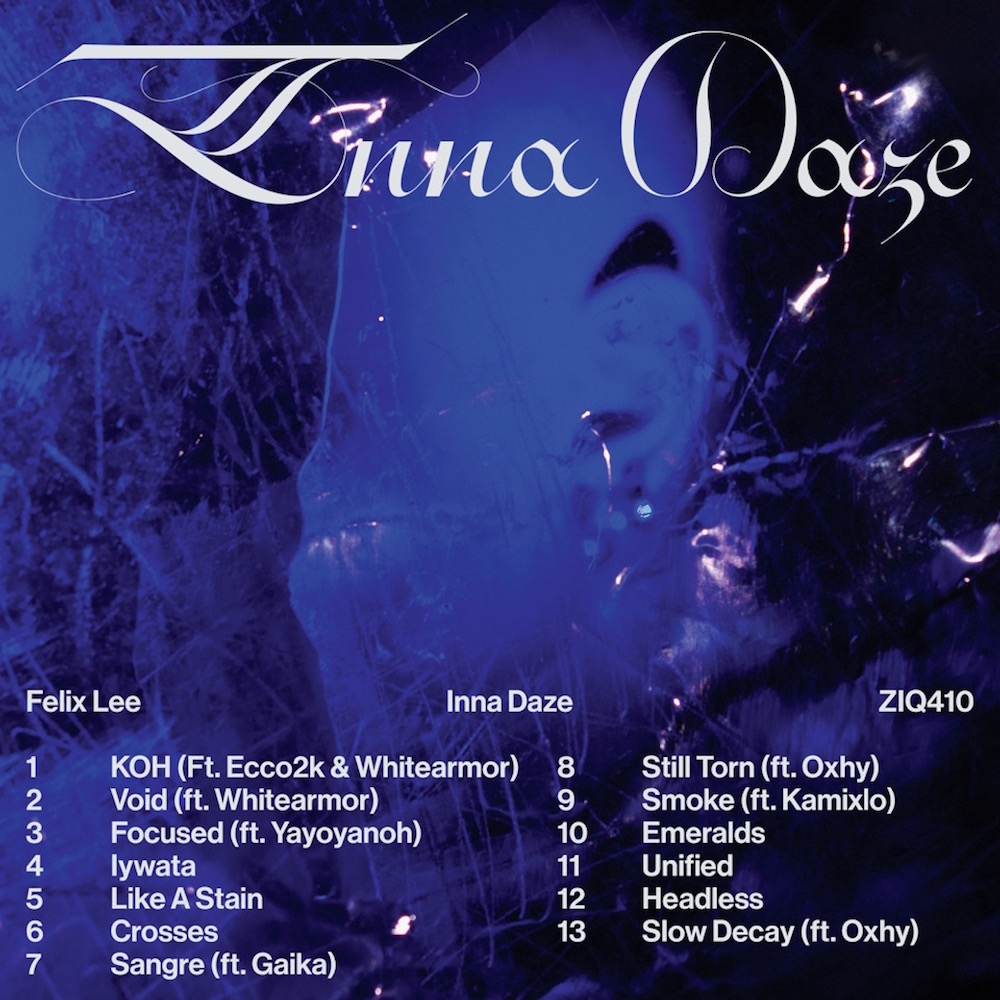