Fox will release his debut album later this month.

The Manchester-born MC’s first full-length, titled Juice Flow, is scheduled to drop on October 18 via fellow Mancunian party, production and label collective Swing Ting. The album features an international cast of collaborators across its 18 tracks, with production and guest appearances from Sinjin Hawke, Famous Eno & Gafacci, Sharda, Finn, Epic B, Murder He Wrote and more.

According to the label, Juice Flow was recorded over the last 18 months in their Ancoats studio, and it covers a wide range of sonic styles from “club bangers” to a slow jam. Ahead of the album’s release, the label has shared its lead single, the Sinjin Hawke-produced ‘Poseidon Ride (feat. RTKal)’.

Juice Flow is out on October 18. Find the album artwork by Eóin MacManus and tracklist below. Pre-order the album at Bandcamp. 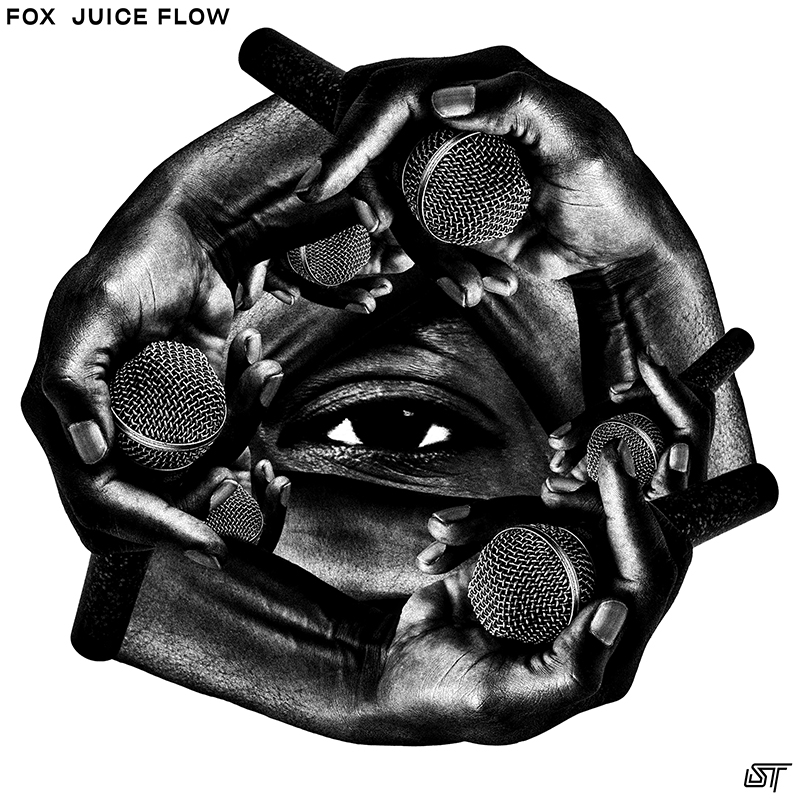 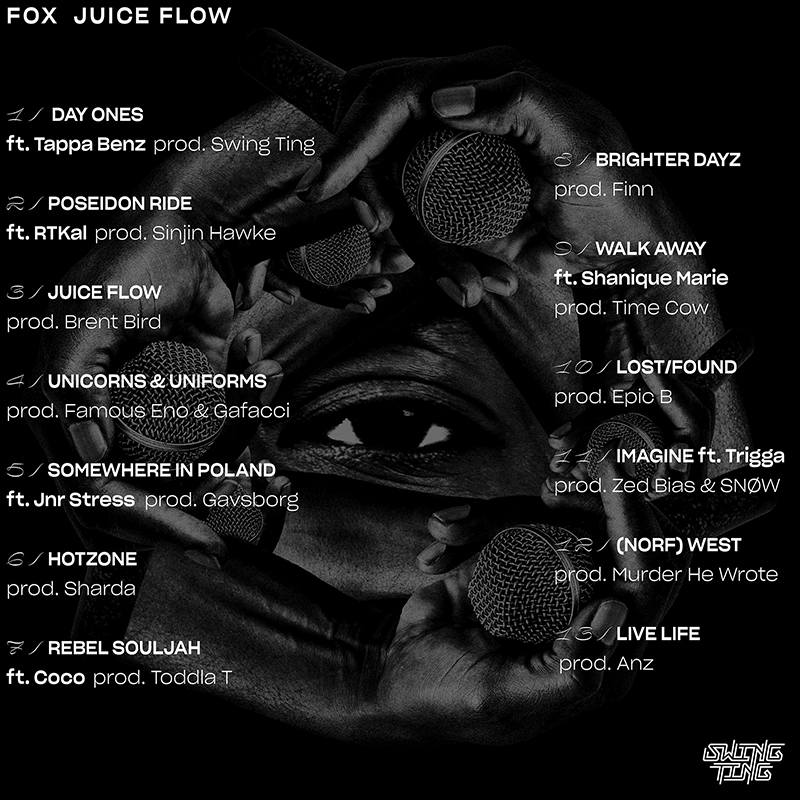