One Life will be released as a part of Joyful Noise’s White Label series where monthly guest curators commission records from “undiscovered or under-appreciated artists”.

I first heard Malibu’s music when a friend synched her music to an Instagram post, combined with his beautiful motion graphics. I let the video cycle seemingly endlessly as I thought, this is maybe the most beautiful music I have ever heard. Once I found out who the maker was I scoured the internet for whatever I could get my hands on. It ended up being a treasure hunt – finding bits of her voice and textures hidden in mixes, compilations, and radio shows- as it wasn't as easy as entering 'Malibu' in the iTunes search bar. Malibu's music takes me places no other music has. Through samples, effects, piano tinkles, and her incredible voice – at once crystalline and mournful, hushed- like someone telling you a bedtime story, she takes you by the proverbial hand into the cosmos. I've always said that my favorite musical combination is 'pretty and sad', and her music definitely is that in some ways. I think that's why I naturally gravitated to it and fell in love with it, but it's so much more than that. It's inimitable, transportive, spellbindingly gorgeous WORLDS you enter when you listen to it. When Joyful Noise Recordings asked if I would like to nominate an artist to do this special series I immediately thought of Malibu. Imagine my delight when she agreed to participate! I couldn't be more thrilled, to have facilitated an opportunity for her to make new music, and for the world to hear it on an object you can hold in your hands, and play it over and over. That's something nice about searching the internet for bits – every once in a while it can come full circle back into an analog object, to have and to hold, with a sense of wonder and in awe of all the beauty the world has to show you if you dig a little. Malibu's music takes me to a time of letting everything fall away and stare out the window into the heavens, bathed in sound. I’m so happy to announce that ‘One Life’ by Malibu is out now via the White Label Series from Joyful Noise Recordings. They made only 500 of these records so grab em while you can, link in story. UNO will be distributing it digitally. The last video is a clip of the first music i heard from Malibu.

Some of this year’s other White Label curators include Cate Le Bon, Circuit des Yeux, St. Vincent and Thurston Moore.

One Life will be released on November 1 and is available for pre-order here. See the album artwork and tracklist below. 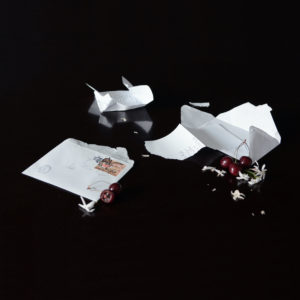