Lung Dart creates memories of the future on new album, Slouching Towards Meridian

Lung Dart will release a new album next month.

Slouching Towards Meridian is the UK experimental duo’s second full-length, following 2016’s As I Lay Drying. According to a press release, the LP was inspired by the duo’s individuals school trips to the now-defunct Millennium Dome, a building located on South East London’s Greenwich Peninsula and also on the Meridian Line. The Dome hosted the Millennium Experience, an exhibition celebrating the new millennium that opened from January 1 to December 31, 2000. (Following the exhibition, The Dome was sold and is now known as The O2.)

The pair zero in on the exhibition’s Rest Zone, a section dedicated to wellness and renewal, allowed visitors to lie down to a thousand-yearlong singing bowls composition called Longplayer. It was supposedly their first exposure to ambient music as well as a memory of a time when the future once seemed bright. Lung Dart aim to capture these sentiments in the album, described in a statement as “[sitting] in the foggy terrain between the optimism of childhood and the slump of the present day”.

Slouching Towards Meridian is set for release on November 29 via PRAH Recordings. Find its single ‘A Thousand People Floating’ below along with the artwork and tracklist. 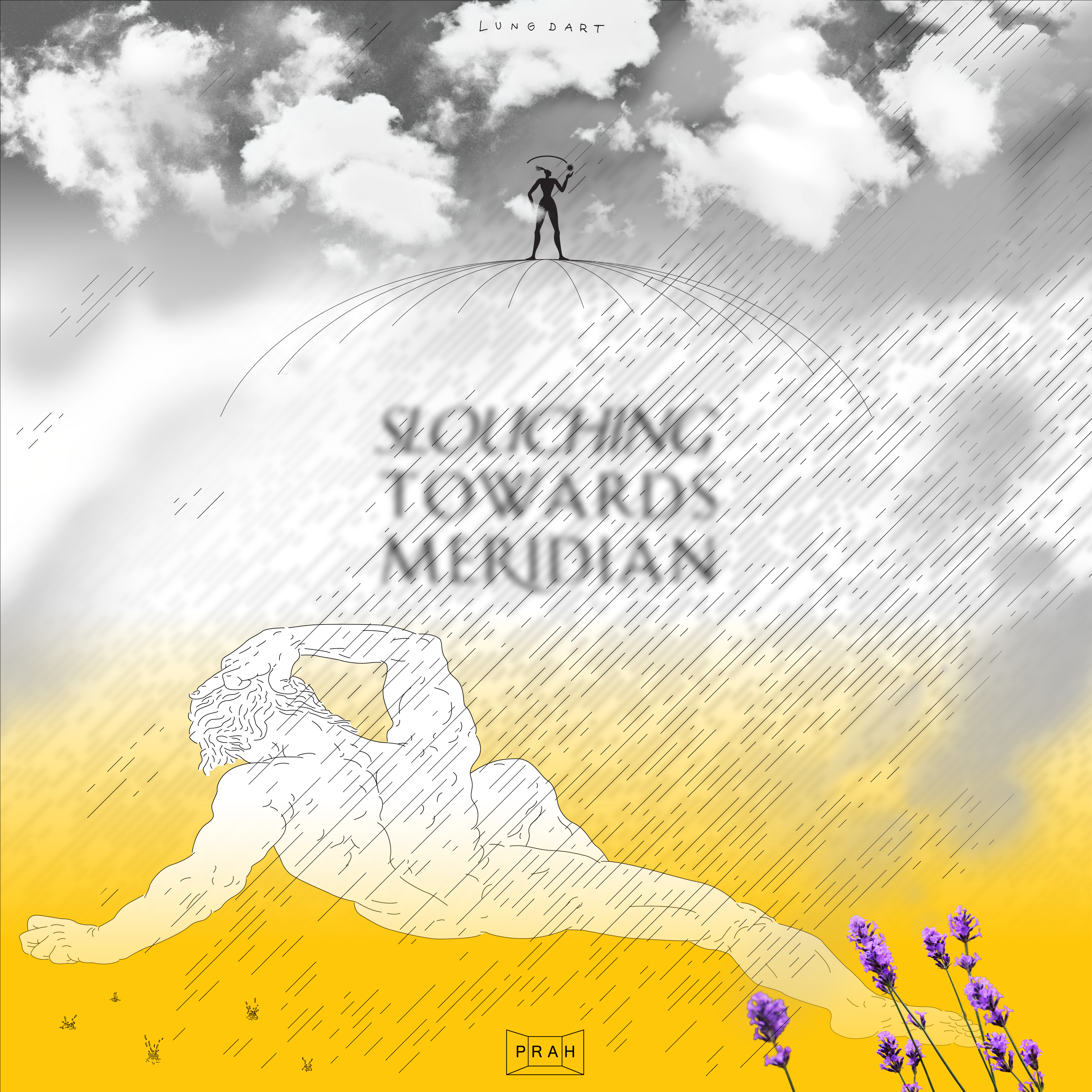