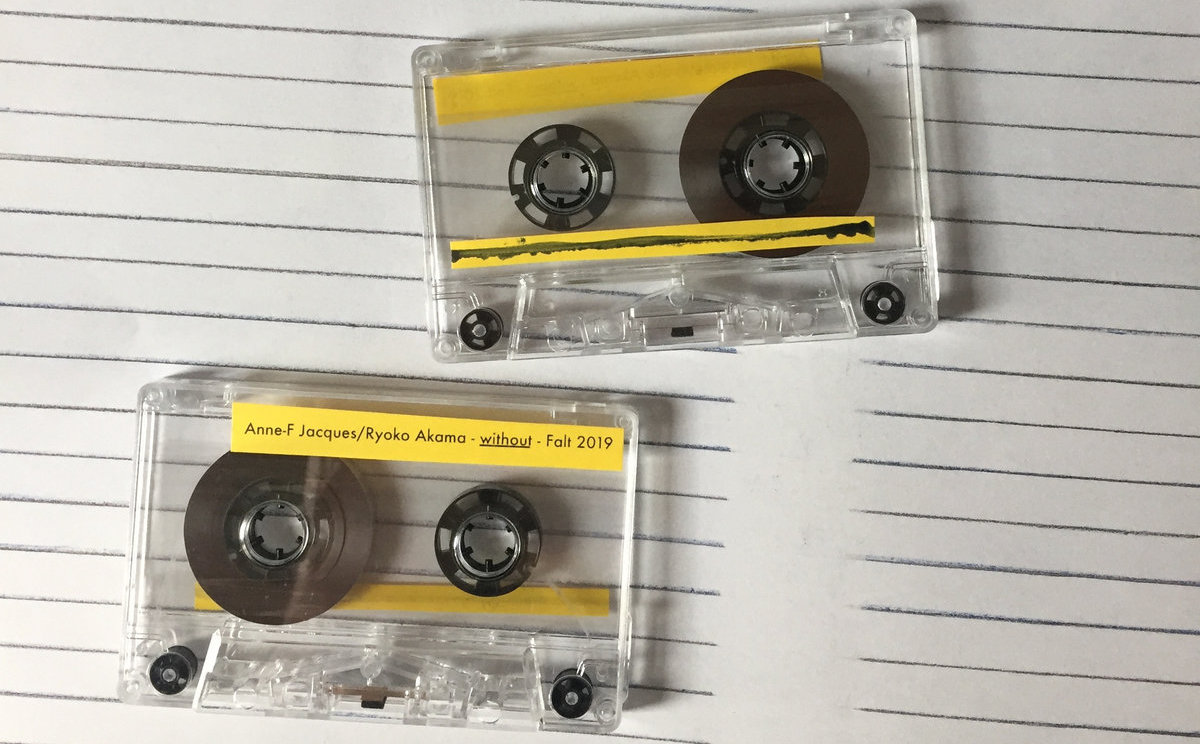 Performances of a score by Ryoko Akama.

Jacques’ A-side and Akama’s B-side both feature intensely minimalist compositions titled ‘without’ that follow a score written by Akama.

Falt suggests listening to both sides at once. Perhaps buy two cassettes? Borrow a friend’s tape player and get it up and running alongside your own? Download the digital and play the tracks on two different computers, or via two different digital methods? Any which way you might go about it, it seems like a worthwhile experiment.

without is out now.