Yesterday, Odd Future’s Frank Ocean reported on his Tumblr that The Eagles’ Don Henley had threatened to sue him over his cover of ‘Hotel California’.

US magazine Spin, however, report that the threat has actually come from the owner of the ‘Hotel California’ master track, Warner Music Group, rather than Henley himself. In a statement to Spin, Larry Solters, a rep for the Eagles, writes “Frank Ocean did not merely ‘sample’ a portion of the Eagles’ Hotel California; he took the whole master track, plus the song’s existing melody, and replaced the lyrics with his own. This is not creative, let alone ‘intimidating.’ It’s illegal.

“For the record, Don Henley has not threatened or instituted any legal action against Frank Ocean, although the Eagles are now considering whether they should. Any further questions regarding this matter should be directed to Warner Music Group as it is the entity that currently owns the master recording and made the contact with Frank Ocean’s representatives concerning his infringement of the master recording.”

In short, the threat of a lawsuit has come from the label, but it’s now something The Eagles are “considering” pursuing. Ocean’s cover of the song, from last year’s album Nostalgia. Ultra. was released for free rather than commercially (as was the whole album), but as Spin point out, that didn’t matter when it came to lawsuits over Dangermouse’s The Grey Album.

Ocean has posted more about the issue, speculating that  “I guess if I play it at coachella it’ll cost me a couple hundred racks. If I don’t show up to court, it’ll be a judgement against me & will probably show up on my credit report. Oh well. I try to buy my shit cash anyway. They also asked that I release a statement expressing my admiration for Mr. Henley, along with my assistance pulling it off the web as much as possible. Shit’s weird. Ain’t this guy rich as fuck? Why sue the new guy? I didn’t make a dime off that song. I released it for free. If anything I’m paying homage.” 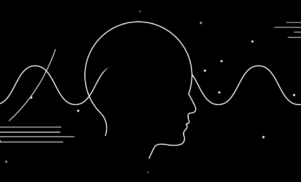