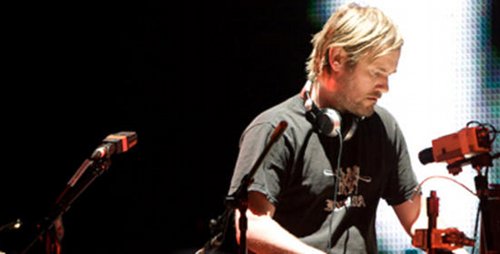 The latest step in a slew of recent Barrow-related news (a new hip-hop project on Stones Throw, a vinyl release of the Drive soundtrack, an Invada Records compilation) comes in the form of a collaborative album with soundtrack composer Ben Salisbury, who’s worked frequently with David Attenborough.

We first reported on the collaboration – it’s called DROKK, by the way – earlier this year, but now more details of the project have been sent out. In 2010, Barrow and Salisbury met with a screenwriter to discuss possible work on a feature film project. This project didn’t materialise, but a relationship had formed between the pair who first met when playing for a Bristol amateur football team, and they continued to collaborate on “what was essentially soundtrack music” inspired by Mega-City One, the setting of the 2000 AD comic strip Judge Dredd. 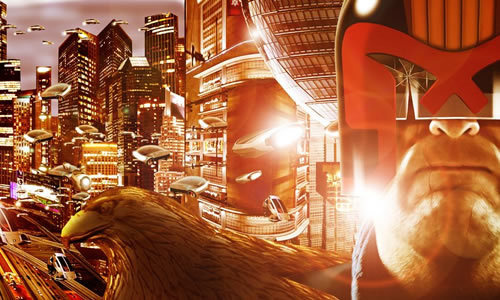 DROKK was written in a six-month period between Portishead’s last world tour and Salisbury’s composing jobs for the BBC. According to a press release, “Barrow and Salisbury instinctively felt that music for MC1 should steer clear of the rich orchestration common to many contemporary film scores”, preferring an approach that’s “purposefully stark and spare, with the majority of tracks created exclusively on the Oberhiem 2 Voice Synthesizer (a 1975 classic keyboard), and its onboard sequencer used to create rhythm and drums sounds.”

“The only exceptions are a handful of tracks which combine the synth with digitally manipulated and time-stretched performances of acoustic instruments (such as piano, violin, mandolin, ukulele, voice and hammered dulcimer). There is also a brief cameo from Barrow’s other band BEAK>.”

DROKK also has the seal of approval from 2000 AD, who claim to be “delighted that Judge Dredd continues to inspire artists in the year of the character’s 35th anniversary”. You can stream some material from it here; Invada will release the album on May 7.