Ostgut’s Nick Höppner on Unterton, Shed’s new project and plans for the year ahead 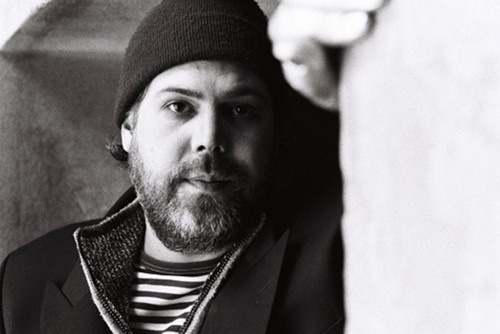 As previously reported, Ostgut Ton is launching a sub-label, Unterton.

The new imprint will focus on remixes of material that has already appeared on Ostgut Ton – the in-house label of Berlin’s Berghain and Panorama Bar – as well as music from “befriended artists and one-off projects”. It’s first release is a 12″ featuring remixes by Ricardo Villalobos and Efdemin of tracks from tobias.‘s 2011 album Leaning Over Backwards.

FACT caught up with Ostgut boss Nick Höppner to find out more about the rationale behind Unterton, upcoming plans for its parent label, and his own productions.


“Unterton is supposed to be an open platform, a playground.”

Why did you decide to start a sub-label to accommodate these remixes? Why not just release them on Ostgut?

“Because our roster grew quite a bit in the past and we also wanted to only release one Ostgut Ton per month. Before, we often had two 12″s per month. Excluding remixes gives each release a little more time to breathe.”

As well as remixes, you say Underton will present some “one-off projects” – can you expand on this?

“This could mean one of our core artists working under a pseudonym or in collaboration with someone presenting music he or she isn’t known for. It could also mean we’re releasing music from out of our comfort zone. Unterton does not adhere to a strict concept, it’s supposed to be an open platform, a playground.”

What are you yourself up to, production and release-wise?

“I’m working on a Panorama Bar mix CD due for a late June release. A 12″ for Brainmath is a long time coming already. Fingers crossed I can finish it after completing my mix CD.”

What are your plans for the main Ostgut imprint this year?

“A new Barker & Baumecker 12″ at the end of March, then Shed is becoming The Traveller on a 12″ for us in April. A Norman Nodge mix CD is coming later in the year, as well as a couple of 12″s and an album I won’t reveal yet.”