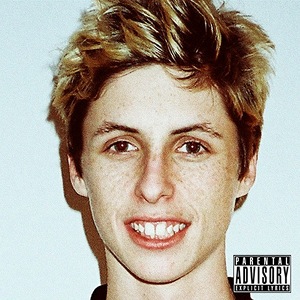 God knows which OFWGKTA member was industrious enough to upload the wonderful video to The OF Tape Vol. 2 finale ‘Oldie’. Whoever it was, they gave the clip a telling strap line: ‘We Said Out Verses Into A Camera While This Song Was Playing In The Background. Why Not Release It’. The tagline recalls the D.I.Y, upload-and-go pragmatism that first brought OFWGKTA to mass attention. Through their regular Tumblr updates, this crew of skaterats and weedhounds became the model of can-do candour. ‘Oldie’, their best visual statement in ages, offered a lo-fi snapshot of the crew playing with, and playing off, one another. After a succession of overcooked promos, it was about time.

When OFWGKTA first muscled into the wider public consciousness, they initially maintained their underground momentum: that performance of ‘Sandwitches’ on Jimmy Fallon is still priceless, and there was an audible clonk as the ‘Yonkers’ video caused jaws to drop worldwide. But then came the turgid, stodgy Goblin; the deeply unpromising trails for TV vehicle ‘Loiter Squad’; their needling attention-seeking on screen and in print. Their iconoclasm turned into immaturity with entropic speed. That’s not to say there haven’t been worthwhile releases (Purple Naked Ladies; the Untitled EP) from the camp since. The trademark, however, has suffered: OFWGKTA seems to become a byword for the brattish and the frattish.

One of The OF Tape Vol. 2’s successes – maybe its principal success – is its ability to recover some of the collective’s depleted mythology. The tape begins with an introductory skit reintroducing us to that “ugly ass nigga Tyler” and his crew of reprobates: “gay-ass” Syd; “crusty” Mike G; an “ugly as fuck” Earl Sweatshirt. Conversely, the record ends with Tyler stepping back and admiring everything he’s built (“I was 15 when I first drew that donut/5 years later for our label yeah we own it”). The hoary old Earl Sweatshirt myth gets proper treatment here as well. After a flurry of references (“free Earl!”), the runt of the Wolf Gang litter turns up unannounced in the closing minutes of the album with a brilliantly free-associative set of verses. Even that cover art (featuring Odd Future merch-man Lucus Vercetti), has become as cryptic and ubiquitous as a photograph of Laura Palmer. In this sense, The OF Tape Vol. 2 does a good job of revivifying a wilting brand.

What The OF Vol. 2 lacks is the shock of the new. If The OF Vol. 1 read like an introductory primer, Vol. 2 is more of a sampler, a selection of variations on familiar themes. And as with all samplers, it lives and dies on the quality of what lies within. What’s in here? The odd dud, precious few stand-outs, and a lot of music that hovers above serviceable but never quite commands attention. The OF Tape Vol. 2 has a default sound, and it’ll be very familiar to Odd Future watchers: frivolous lyricism over an assortment of dank, gloomy beats. The music often sounds woefully cheap: whilst Clams and co. are turning out fuzz-blushed fantasias with rudimentary software, many of these instrumentals simply sound low-rent. ‘NY’ offers the sort of anaemic Goth-rap that Eminem spent much of the Noughties spitting over. ‘P’, another dour cut, demonstrates that Tyler’s juvenile tendencies – deaf jokes, fart noises, references to your “kid’s wet dream” – become pretty insufferable when yoked to an unloveable beat. Sometimes it works, as on the ultra-aggressive ’50′ or the frenetic ‘Rella’. Sometimes it doesn’t: OFWGKTA have achieved a lot, but ‘We Got Bitches’ really is just the sound of kids dicking around. The mood is caliginous, shadowy, and – to be frank – often dull.

Thankfully, the set is certainly rangier than the last Odd Future tape, and its more anomalous moments prove to be its biggest successes. The Internet’s ‘Ya Know’ is a highlight, a winning four minutes of squiggly psychedelic soul. Frank Ocean’s ‘White’ is a mesmerising ballad lamenting the passing of youth. ‘Analog 2’, probably the best thing here, is a brilliant blend of soft and sinister. Tyler’s on malevolent form, but Frank Ocean’s vocal is thrillingly open-hearted. The chorus – “Can you meet me by the lake? At the park?” – would definitely have been a sinister honey trap on Bastard; here, it sounds oddly doe-eyed. The result is wonderfully conflicted, a great example of OFWGKTA’s Janus faces singing in harmony. This being a posse record, you also get the chance to reacquaint yourself with some of the crew’s less familiar voices. Hodgy Beats and Domo Genesis pull off a wonderful verse-on-verse-off tag-team on ‘Bitches’. The former is dextrous as ever, but the latter really distinguishes himself over the course of the cut. By contrast, Mike G showcase ‘Forest Green’ highlights the relative inadequacy of that rapper’s flow. “Odd Future is a family”, he sings; on the basis of his paper-thin performance, he’s lucky that blood’s thicker than water.

The record plateaus over the last five tracks, but redeems itself with ‘Oldie’, a cut that successfully encapsulates everything gratifying about OFWGKTA. The track’s great, but you need to return to that video to enjoy the full effect. You get Hodgy, poker-faced and playful; Left Brain, as lumbering in person as his music is on record; Frank Ocean, the recalcitrant star-to-be, looking faintly embarrassed; Mike G, inscrutable in shades; Sweatshirt, patently thrilled to be back; and Tyler performing his ‘My Way’ closing monologue before the whole thing descends into mosh-pit chaos.

Ultimately, the clip offers a better summary of the OFWGKTA dynamic in 10 minutes than The OF Tape Vol. 2 – patchy, fragmented, often surprisingly humorless – does in an hour. There are real highlights here, but as the division opens up between OFWGKTA’s house sound and a few glittering outliers, you wonder how much longer the crew can exist as a coherent entity. As the special talents on this tape move onto bigger and better things, they’re likely to outgrow their alma mater. Let’s give Frank the last word: “What if all my wild friends, and the times I’ve had with them, all fade to gloom on the TV station?”.