Nicolas Jaar has two new albums on the way. He also hates CDs 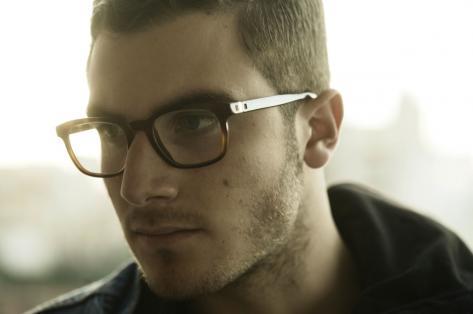 In a new interview with The Guardian, New York house poster boy Nicolas Jaar sheds some light on his next album.

The follow-up to last year’s Space is Only Noise, a record greeted with a lot of acclaim but eventually pulled from shelves over a sampling issue, Jaar’s next LP should be due in 2013. In his words, it’ll be a record of “esoteric, atmospheric, sad, diabolic 14th-century baroque church music.”

Even better, it’s not the only long-player Jaar has in the works – before he takes us to church (ahem) on that record, he’ll release a full length record by his Krautrock-leaning side project Darkness.

Jaar’s label Clown and Sunset recently announced that their new compilation, Don’t Break My Love, won’t be released on vinyl, CD or digital download. Instead, it’ll be housed in a small aluminum cube (a format that Jaar plans to use for more Clown & Sunset releases in the future), and as Jaar explains, music as a physical medium is still very important to him:

“If you’re a record label you should be making something people can’t make, that’s the point” says Jaar of the cube – named, misleadingly, The Prism. “So it’s precious, like vinyl … I felt disgusting putting out my music on [CDs]. I can’t do it. Why do we need more profit? If you’re a record label, I don’t think a download is enough. As an artist, I’ve given away tracks for free all the time. I can put a track on SoundCloud in a second. Wonderful! I think the other extreme should exist, too.”

“My passion for music makes me think it’s sacred. In the creation aspect, it’s very important, to me, to say this is sacred. But the reality is that music is a bastard child of our economy. That’s what’s difficult about being a musician today. How do you give [your music to] someone in a world that is not sacred? That’s the crux of it.” You can read the full interview with Jaar here.