Look to the sky, and you might discover Jack White’s new single 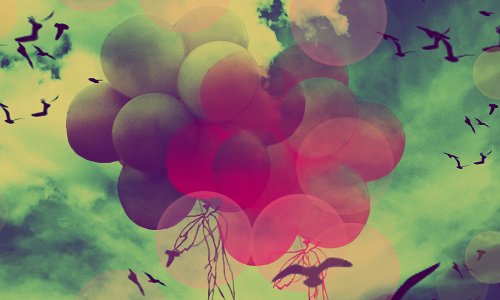 Three weeks prior to the release of White’s debut solo album Blunderbuss, Third Man has dropped a new single by the former White Stripes man. Dropped being the operative word: ‘Freedom at 21’, an as-yet-unheard cut from Blunderbuss, has been released as an edition of 1000 flexi-disc records, attached to helium balloons launched from the label’s headquarters yesterday, on April 1. Given the fact that the announcement comes today (and given the fact that Jack White’s the exact person who’d do this sort of thing), this probably isn’t an April Fool.

Oh, and in case you suspected a level of environmental unawareness to the prank (we did!), the label have used biodegradable latex balloons and all-natural twine.

In the label’s words, this release was “envisioned as an experiment exploring non-traditional forms of record distribution and a way to get records in the hands of people who don’t visit record shops.

“Accompanying the balloons were custom postcards with instructions for the finders to submit photos, discovery location and the date on which the record was found, all of which will be viewable on the map below.

“Statistics for similar balloon launches show a recovery rate of approximately 10% so it’s quite possible that less than 100 of the 1000 records launched will ever be discovered.” You can watch the label’s video of the event below.