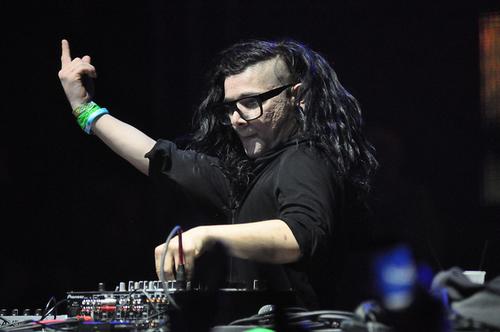 Skrillex and Ellie Goulding, EDM’s very own Sonny and Cher (just kidding, we don’t like the “EDM” thing either) have teamed up with Swedish House Mafia (EDM’s Spinal Tap, if that documentary‘s anything to go by).

In an interview with Billboard, Swedish House Mafia’s Sebastian Ingrosso reveals that the track will more than likely feature on Goulding’s next album, though “in this business you don’t know until you see it on iTunes”.

“We made a demo and it was amazing; we had a blast,” Ingrosso elaborates, “Ellie is a great artist… her voice is amazing. Skrillex, enough said, he is Skrillex.”

“[They] came in 30 minutes late, and we had already started with a melody. Skrillex freaked out, he loved it, and after a few hours we wrote the song.” The session was organised by Interscope A&R Dave Rene, who according to Ingrosso is “the face of putting people together with love and seeing what happens. I think he’s the most loved guy in EDM.”

Skrillex, lest we forget, could be contributing to the next Cassie album too.