A$APMUZIK delayed, but araabMUZIK will feature on Rocky’s debut album 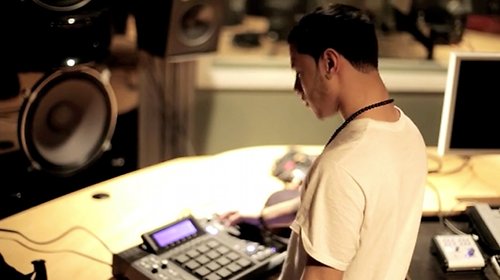 In a new interview with Spin, araabMUZIK explains that “I’m on tour, he’s on tour, and he’s putting an album out in July, so we’re just taking our time with it. Can’t rush greatness, you know?”

A$APMUZIK is, several sources have now confirmed to FACT, intended to be a full mixtape rather than just an EP, so it makes sense that it’ll take time. Either way, araabMUZIK seems to be a fully signed-up affiliate to Rocky’s A$AP Mob crew now: he appeared on stage with them at Coachella sporting an A$AP t-shirt, has changed his Twitter username to @asvpMUZIK, and confirms to Spin that he’s “got stuff on the A$AP album coming out.”

As reported yesterday, araabMUZIK’s also been in the studio with The Weeknd. In araab’s words, “He just wants my music. He doesn’t want me to make R&B or some ballad, he just wants araabMUZIK. He’s not trying to have me make the beat that he is known for getting on. So that’s going to be real tight. I’m on a lot of different albums and projects, but I’ve got to wait until they decide to put it all out.”

This also means that the roll-call for A$AP Rocky’s full debut album is even more stacked than before: as well as araabMUZIK, Pharrell, Spaceghostpurrp, Clams Casino, Hit-Boy, Lana Del Rey, Santigold, Beautiful Lou and A$AP Ty Beats are all slated to feature.