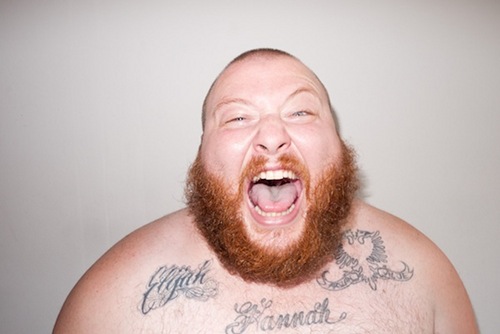 Having drawn attention for his throughly unedifying behaviour a few weeks ago, Action Bronson is keen to pull the focus back on his music.

According to AllHipHop, the Queens MC revealed that he’s readying the sequel to this year’s Blue Chips tape. The record, produced by Party Supplies, wasn’t exactly radical – Bronson talking inspired trash over mossy soul loops – but it won a lot of praise in certain quarters. In a Tweet, Bronson revealed that “BLUE CHIPS 2 is underway.”

Bronson also spilled the beans to the site about a pair of supplementary album-length projects. The first, going by the great title of Rare Chandeliers, is a collaboration with veteran beatmaker The Alchemist. Bronson reveals he’s been working on the album “a lot…We got a bunch of joints out there, man. We ready for this year. That will be the next thing”. Also on the books is a collaborative release with producer Harry Fraud, with whom he’s pulled together “about 30 songs already”.