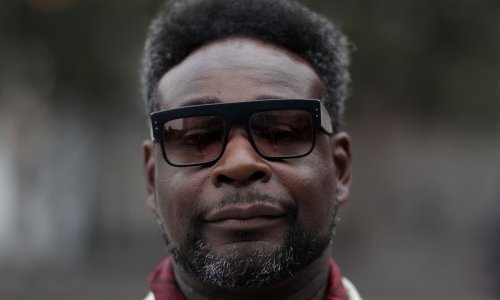 Update: Deadmau5 has now posted the following on his Tumblr, in reponse to a question about Gerald’s letter: “i dont give a fuck. esp with the anti-sematic statement about ‘nuking palestine’ ??? what an ignorant fuck. im not going to even give him the time of day. waste of time. let him go back to being no longer relevant.”

Typically, the Canadian [pictured right] was on outspoken form: slagging off fellow EDM warriors for their live shows not being challenging enough: 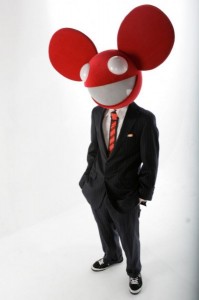 “David Guetta has two iPods and a mixer and he just plays tracks – like, ‘Here’s one with Akon, check it out!’,” he says. “Even Skrillex isn’t doing anything too technical. He has a laptop and a MIDI recorder, and he’s just playing his shit … People are, thank God, smartening up about who does what – but there’s still button-pushers getting paid half a million. And not to say I’m not a button-pusher. I’m just pushing a lot more buttons.”

Cue A Guy Called Gerald. The UK dance pioneer has always been pretty outspoken, and has now published an open letter to Deadmau5 on his blog. It reads thus:

“I know who you are. You are some record company or failed journalist asshole left over from the last century who is jealous of the way electronic music is working in this brave fast new century. The only button you and people like you are interested in pushing is a nuke for the Palestinians. You come into our system that we have nurtured for the last 25 years, trick hardworking people into giving you their money, con honest promoters, take large sums of money out of the system and then spit back into our faces that YOU are tricking everyone.

“I agree there are loads of people like you who do fake it. It is easy with the software you are using. Don’t worry we are going to find ways of stopping you. You greedy rat head fuck.”

It should be added that Deadmau5 has, since that interview, clarified his comments a little bit. Now who’s seen Molly?