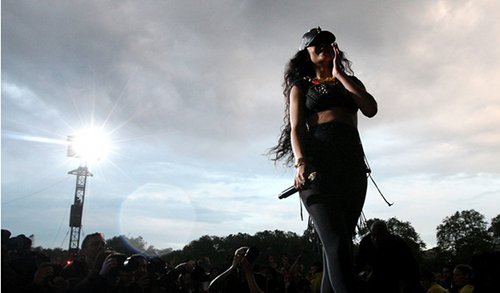 The Huffington Post report that hundreds of fans were turned away from Wireless, which took place this weekend in London’s Hyde Park, after buying fake tickets off third party websites like Ebay and Gumtree. Countless attendees at the over-crowded Bloc have reported on tickets not being checked on the door due to scanners breaking at an early stage (Wireless’s, presumably, worked). Links have also sprung up which appear to show Bloc’s numbered tickets as easy to fake.

A spokesman for Live Nation, who promoted Wireless, said that “this is outrageous and has to stop, we urge fans to only use the official ticket outlets at all times.”

For a report on what we know so far about the Friday’s Bloc chaos, click here. The Metropolitan Police and Bloc venue London Pleasure Gardens have since made statements on the event, which respectively appear both unsatisfactory (the Metropolitan Police statement effectively blames Friday’s mild-at-best rain for the problems) and untrue (Pleasure Gardens claim that the site was safely cleared by 2am – FACT’s writers at the event can confirm this was not true).

Wireless saw performances from Nicki Minaj, Rihanna [above], Drake, The Weeknd and more. It also, apparently, saw a fan threaten to stab Little Mix’s Jade Thirlwell (no relation to J.G.). At least he wasn’t at Bloc.