Bloc Weekend goes into administration, and how you can hopefully get your money back 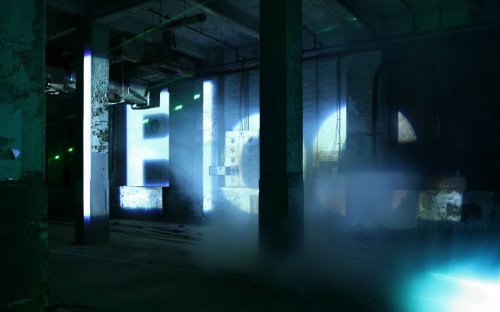 Update: FACT reader Luk Man Hon of record store Vinyl Pimp may have the answer, in terms of getting a refund:

“When a firm goes into administration, they look at how much money is left to pay off creditors, including ticket holders. If your money is still in the Bloc / Crowdsurge merchant bank (who accepted the payment online), then you should be able to get a full refund before it reaches their business bank.

“Basically, my advice is not to wait, call your bank immediately and initial a chargeback on the purchase. Your bank might tell you to wait 15 days for the company to refund, just refuse outright, telling them that Baselogic is attempting to refund all tickets, and you believe they don’t have the funds to do so.

“Just spoke with my bank, I am due to get my money back tonight. I asked for a chargeback on Monday.”

More information can be found here.

Following this weekend’s events, Baselogic Promotions, the company behind Bloc Weekend, has gone into administration.

The Bloc Weekend website currently reads thus: “It is with great sadness that we announce Baselogic Productions (who you all know as Bloc) has been placed into administration following the events of Friday evening.

“The team are working hard with the administrators to investigate the issues that led to the closure of the event and people will be updated as and when we have new information. We ask that you allow the administrators time to conduct a thorough investigation so we can establish the facts.

“Once again we would like to apologise for all of the frustration and disappointment this situation has caused and thank everyone who has supported the team over the years, your continued support means so much to us”.

The first Bloc Weekend took place in 2007, and the years since have seen it ascend to a status as one of the UK’s most celebrated festivals. This year, it moved from its regular home at Butlin’s Holiday Resort, Minehead, to a new venue in the form of Olympic site London Pleasure Gardens. The result was a disaster for the festival: on Friday, July 6, it was shut down several hours into its first night due to fears of overcrowding. Depending on who you believe, this either happened due to Bloc over-selling tickets or under-staffing the event, ticketing company CrowdSurge’s flaws (many attendees have reported on their tickets not being adequately checked upon entry), London Pleasure Gardens being inadequate or – most likely – a combination of the aforementioned. How this, combined with CrowdSurge’s statement this morning, affects changes of refunds is at this point unsure.

As FACT contributor Joe Muggs adds in the comments, the Police Department and Health & Safety Regulators also must share some of the blame: “You mention Bloc, LPG and Crowdsurge, but shouldn’t the police and health & safety bear some of the blame for even allowing the event to go ahead in the first place? They had all the data about staffing, entry points, numbers and site layout, and plenty of understanding of events logistics – so the debacle should have been easily foreseeable to them, even if it wasn’t to the promoters.”

Regardless of whose fault Friday’s debacle was, it’s undeniable that this marks a real blow to the UK festival landscape. Had Bloc pulled off this year’s expansion, they could have positioned themselves as London’s equivalent of a electronic music festival like Sonar. As it is, that dream now looks a long way off.

“On 11 July 2012, Baselogic Productions Ltd trading as Bloc voluntarily entered administration. The appointed administrator is Jamie Playford of Parker Andrews Insolvency Practitioners. An investigation into the facts leading to Baselogic Productions and the administration will be conducted immediately by Parker Andrews and a further statement will be issued in due course. Jamie Playford said: “It is important that we understand the full facts including what funds will be available to creditors and ticketholders and to ensure the information we provide about the next stages of administration is clear and concise”.

FACT have emailed Baselogic to ask whether this news affects Bloc’s past promise to try and organise refunds for ticket buyers.