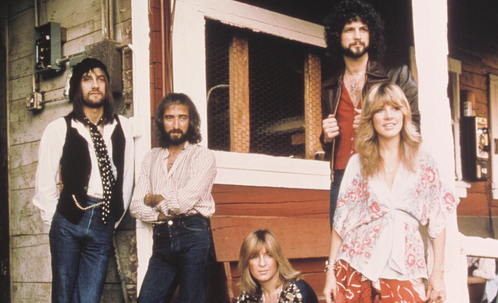 This morning has been a veritable bonanza of classic rock reunions.

Having learned that The Rolling Stones are readying their return to the live arena, news has now emerged that stadium behemoths Fleetwood Mac will be reconvening in 2013.

Earlier this year, core member Mick Fleetwood had told Playboy that the band were unlikely to tour again, blaming singer Stevie Nicks’ intractability for the roadblock. During an appearance on CBS News, however, Nicks has now claimed that a reunion is scheduled to take place “next year, so far”. In her words “…It’s the plan. Because that’s what we do. I do my thing. And Lindsey [is] out doing his thing now”.

The band’s last tour, the well-received Unleashed jaunt, wrapped up in 2009. The band haven’t released a new record since 2003’s Say You Will. Nicks also discussed the recent suicide of former guitarist Bob Welch, saying “I can’t even tell you what in the world would have pushed him to do something that crazy”.

The Mac seem to be capturing the imaginations of younger musicians at the moment: a new compilation features cover versions from the likes of Washed Out and Best Coast. Stream the unbeatable ‘Everywhere’ below.