Go behind the scenes of Call of Duty: Black Ops 2 with Trent Reznor 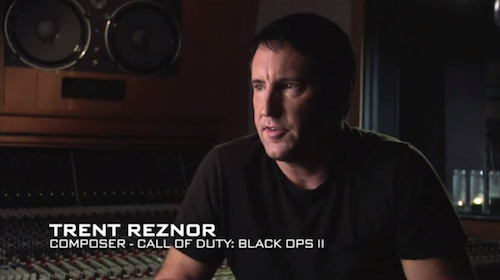 Listen to the first hint of Trent Reznor’s Call of Duty theme, along with an interview with the game makers.

In this behind the scenes clip, the minds behind the video game talk about the collision of video games, film, and music. “I look at video games as a true art form,” says Reznor. “It’s every bit as viable as film work or music or anything else.”

The interview confirms what we highlighted in our rundown of the best pop music/video game crossovers: these interactions are more and more likely. As writer David Goyer relates, “the line between event movie and event game is starting to blur.”