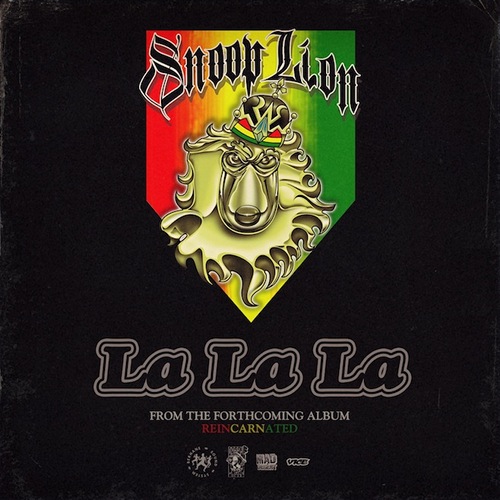 News has been floating around for a couple of months that Snoop was holed up in the dub chamber with Diplo. In the Miami producer’s words, “What we’re doing is a reggae record. It’s all reggae and he’s singing and he’s doing a fucking awesome job and I never knew it, but he had his heart in every song”.

Rejoice: Reincarnated is confirmed to arrive later this year on Vice. The record will arrive under the nom de plume Snoop Lion, the first time Snoop has released a solo full-length under an alias.

Lead track ‘La La La’ has also popped up on the web; Diplo and former Hippo Ariel Rechtshaid  are on production, with Major Lazer taking an executive production credit. Some elements – the miasmatic production, Snoop’s rizla thin croon – work surprisingly well. Others, predictably, do not: we can put up with most of the mumbo-jumbo that spills from Snoop’s lips, but patois (“Dem a laugh and go on about that-a-one”) is a bridge too far. A release date has yet to be confirmed/