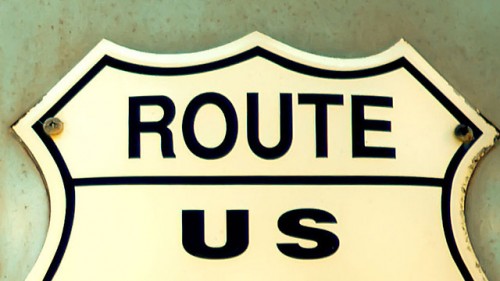 Another track from mystery man Route 94 has emerged on YouTube.

Well – we say emerged, it was played on Annie Mac’s last Radio 1 show, and has since been ripped and uploaded. Route 94’s tracks have been appearing in various sets of late – most notably Skream & Benga’s and New York Transit Authority’s – and are reportedly the work of a well known dance producer under an alias. The rattling ‘We Are the Future’ doesn’t quite do it for us the way ‘Window’ did, truth be told; according to Annie Mac, it’s forthcoming as part of Route 94’s debut EP.