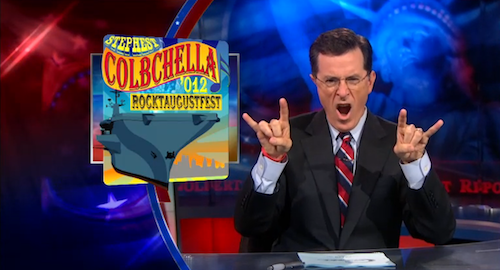 The Colbert Report funnyman gets into the summer concert game.

The festival lineup includes Grizzly Bear, the Flaming Lips, Grandmaster Flash, Santigold, and fun. The Colbert Report will broadcast Colbert’s interviews with the bands, along with their performances, during the following week. Watch Colbert’s announcement below, featuring Michael Stipe. (So that’s what he’s been up to…)