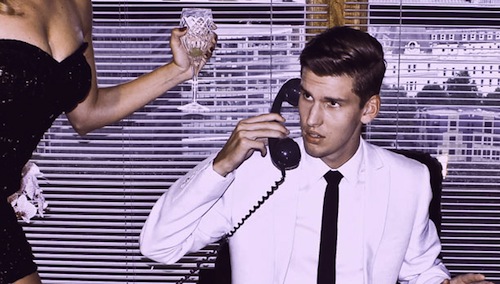 Willy Moon is a New Zealand singer-songwriter who recreates 50s rock and roll with modern production, and for that he’s a kindred spirit to Jack White. White will release Willy Moon’s ‘Railroad Track’ on August 20 on a 7″ that includes a cover of Nancy Sinatra’s ‘Bang Bang.’ ‘Railroad Track’ is a blues rock stomper that is built around the same gospel sample as Kanye West’s ‘Jesus Walks;’ the video is below.

Third Man, along with releasing White Stripes rarities, has put out material from acts as diverse as Beck, Tom Jones, Laura Marling and Insane Clown Posse; Radiohead has also been recording at White’s Nashville studio.